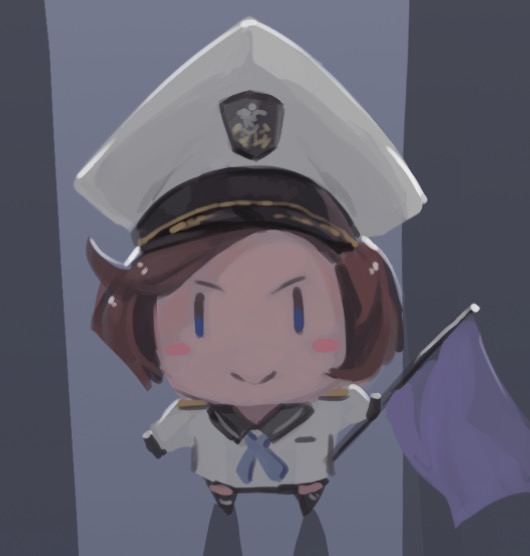 You know what I found out?

Youngsters these days don’t read anything unless there’s something cute or something sexy attached to it. So if you want to see pictures of our shipgirls in various compromising situations…

Oh, you boys are all the same. Be glad I didn’t put up something actually horrifying, you know!

Anyways. The reason why I’m here today is that it has been brought to my attention that a lot of people don’t quite understand just what it is that we mean when we talk about things like liberty or freedom. Given that Pacific is a work that’s heavily infused by these themes, I might as well talk to you directly, rather than attempting to create a document that would have mirrored things you find in say, an introductory-level textbook in my world.

Let’s take a step back and take a look at what America’s main philosophical and political system is. As Prisse have said earlier, there’s something at the core of our system. Something worth fighting for. That something is freedom. Broadly put, freedom is two components. Negative and positive freedom. One way to see it is your ability to do what you want without being stopped by others. This is something that everyone gets intuitively. and is negative freedom. The other is your ability to do what you want as you want. That’s positive freedom. This is something that’s a bit less easy to get, but I’ll use an example by dragging over our cousins from across the ocean as an example.

Let’s suppose for a moment we have a woman here named Jane. Jane drinks herself to a stupor every night by consuming copious amounts of alcohol, sometimes missing work as a result. It’s pretty much what she’s known for and she is very unhappy. What do you call her?

In the Soviet Union, she would be thrown into prison.* This is why we say those gosh-darned reds don’t have FREEDOM. Jane does not have the freedom to be a drunkard, nor is she allowed to be a drunkard because in many places, there are limits regarding how much alcohol a person can typically buy. In this example, she is missing both of her freedoms, positive and negative.

Now, if Jane lives in the United Kingdom, we would say that she have both freedoms. The ability to be as drunk as she want, and the freedom for people to not stop her from being drunk. Here she has both of her freedoms, positive and negative. She is free to do whatever she wants.

Where we Americans differ is the latter. In general, a key distinction within Pacific’s American society and your contemporary society is that we would look at the second example and ask: is Jane really free? If she’s addicted to alcohol, does she really have freedom to do what she wants?

We would say, no, and we would go out of our way to do something about it. But wait, you say. Isn’t this infringing upon the very negative liberties that you just said people are for? If Jane wants to drink herself to death, what business is it to you to stop her?

Well, first of all, we aren’t the Europeans. There’s a reason why in our world they consider us to be backwards and conservative too, you know! Let’s look at a few examples.

Cusk would say that based on the recommendation of medical experts, having that much alcohol is bad for Jane’s health. It may even endanger Jane’s life. Therefore, one good should take precedent over another good.

Northampton would say that in order to truly value freedom, one should not be addicted to any substances. Since she believes that people should be free to pursue their dreams, being addicted is limiting. That is grounds enough for intervention.

Washington would say that the pursuit of happiness is one of the most important values that’s associated with the state of being free. Jane is clearly unhappy, and so we should do something to help her break from her addiction.

New York would say that irregardless of whether or not she’s happy, Jane is missing days at work and impacting her productivity. This is causing problems for her workplace and thus, something must be done.

Regardless of their perspectives, I should point out that American political ideologies tend to be fairly pragmatic. Just because we value freedom significantly doesn’t mean we cannot use sensible judgment regarding what is the best course of action to keep society running. Let me give you another example. Let’s say a small child wants to eat as much candy as she wants. As a parent, you would not want your child to do this, right? In this sense, if we have to split hairs, the child losing her freedom’s harms is far outdone by the good in which the child is growing up under the supervision of her parents.

In the same way, neither the Pacific Republicans nor the Pacific Democrats are particularly … ideologue? Ideology? Bleh. That one word you use to describe someone so fixated on the purity of their philosophy that they don’t care about anything else. On the matter of liberty, I like to put it this way.

The Democrats in my world tend to be like your mother in the sense that they tend to go out of their way to help you help yourself. They’ll actively nag and try to get you to get off the couch, eat your vegetables, take out the trash, find a job, and so on. The Republicans in my world’s a bit like your stereotypical dad. They’re a bit more hands-off, but if necessary, there will be rules laid down and consequences following.

If I get to write one of these again, I’ll explain how our government’s like and why it hasn’t reached dysfunction yet. But, until then? See you next time!

Sverdlov here to correct a mis-statement; the Soviet Union does not and never will ever have problems involving substance abuse. This is clearly the works of an Abyssal infiltrator attempting to sabotage US-Soviet relationships in an attempt to embarrass the glorious state of the workers.