This isn’t an update like the type in which you’re used to seeing. More of a post where I’m dumping my thoughts out on a page. I think I’m feeling a little lost and confused at the moment, but that’s alright too – it’s what it is.

The reason why I’m writing this post is frankly, a bit of a soul-searching moment. I don’t think I know what I’m doing at this point, and I’m not too sure if we (the English side of the circle) quite know either.

We first started out creating artbooks featuring shipgirls – in the earliest days, ’14-’16, this was indeed the plan. At the time, we were interested in creating characters – with the secondary aim of having this generate something we can hold in our hands. I think in some ways, we still are – but motivation is admittedly lacking for many reasons. I can’t really speak for the others, but for me? More often than not, I felt like I would rather prefer to see if we can tell stories or build something with what we’ve got on hand. After all, we do have an awfully lot of shipgirls already.

Now, this is where the issue compounded. The “team” or “circle” – really now more of a band of friends – are huge fans of history, and so working on a world-building extension seemed to be the natural choice. However, as we dug and researched and attempted to craft the Pacific world, it was natural that this was going to be an endless project – there is always a new thing to look into, a new idea to be entertained, and a new concept to be tested. We were having fun – and still are!

But, when matters of real life – health, relationships, graduation, job-search, and more starts to hit – hobbies become hard to manage. It’s doubly difficult in cases like this where it feels like that I’m staring into an infinite kaleidoscope of possibilities. Triply hard, when even I’m feeling the burn-out from uncertainty.

I’m not too sure. Though we have plenty of ideas, I do think some sort of project that has a definite start and end is probably a good place to start (laughs).

I expect this post to remain pinned until we figure out things. The site, too, is going to stay up. Exactly what we come up with next is going to require some thinking.

The nature of a “doujin” circle, as you know, is to do things that motivates us. Commercialization has plenty of perks, and even answering to an audience’s demands informally creates reinforcement that could be positive for the creators. Unfortunately, neither of those currently applies to us – we were, and are happy, with what we have so far.

So, is this a natural progression, given the finite lifespans of fandoms and interests? Is this a simple wintery hibernation, as we ponder and reflect? Is this going to be the start of something new altogether?

But I think I’m excited to find out – whatever it might be.

Editor’s Note: While STEC is known for a highly mobile and fluid counter-Abyssal doctrine, it’s important to recognize that this is only part of STEC’s strategic operations.

Prior to the Abyssal War, STEC had (partially correctly) deduced that the Abyssals do not follow conventional military “logic.” Nonetheless, owning to the geographical location of the United States, it made certain areas more amenable to stationary defenses.

END_OF_DOCUMENT_TOKEN_TO_BE_REPLACED

While shipgirls can generally be counted upon to resemble something of their historical counterparts, every so often opportunities for alternative “configurations” appear out of circumstance.

Below, we’ve attached two viewpoints that are quite divergent in how these alternative configurations fits within STEC’s mission. What do you think, dear reader?

END_OF_DOCUMENT_TOKEN_TO_BE_REPLACED

This is a bit more of a “update” post than Pacific content, since I’ve been absolutely swamped with work and life events.

As you know, Pacific’s been a hobby and a labor of love for a long while. Over the years, due to health reasons, actual update’s slowed down a fair bit. As the primary driver of Pacific in its current form, I admit it’s been hard, but health isn’t the main reason for that slow down. What’s been harder is for me to reconcile the events and that alternative world that I wanted to describe (out of my dreams, you could say) with the world – and more importantly, the America – that we live in today.

To dream about America here, and then looking outside to see America as she is today. It hurts.

Now, I don’t want to dampen your day with my griping, so instead, I’ll share something positive. The circle’s doing well – fast friendships are still forming, and as the specter of the pandemic lifts, we’re hoping to resume some of the things that we used to do (even if of course, technology and how we deliver stuff has changed quite a bit!) prior.

This thing that Zero’s put up is one of them.

Things are difficult in China right now, with travel restrictions and lockdowns still partially in place and only recently relaxing, but Zero’s experimenting with a new form of event planning. The idea is to take the convention that he’s fond of, and break that into smaller pieces targeting more specific, smaller groups. A lot of us with weeb interests are getting a little older and have more responsibilities on our plates, and it’ll be easier to get away for say, an afternoon or evening, instead of a full blown weekend.

Not only does this dodge the potential issues with crowding (a practical concern given China’s population density), but Zero thinks it’s also more likely to result in a better time for everyone. By organizing events around specific themes or topics, it’s assumed that because the events are smaller, you wouldn’t be attending it to have fun and meet people randomly – but rather, you’re here to have fun and meet people who you know for sure are interested in the same things as you.

This, for instance, is one of Zero’s ideas. A pilot event involving a camp-out in the middle of a nice park, themed around one of the circle’s favorite shows. Fried chicken and video games and a “drive in” movie. Doesn’t sound too bad, yeah? 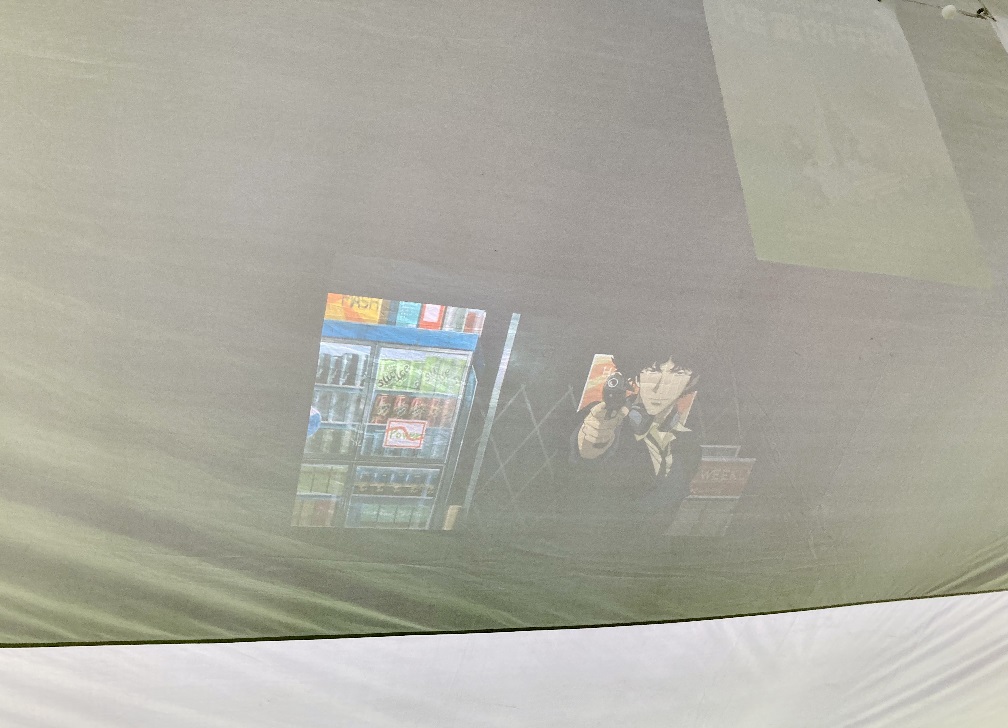 Hopefully, if it turns out well, we’ll have some pictures and tales to tell!