This is a piece that I wanted to write for quite some time, but didn’t quite find the time to finish until now. 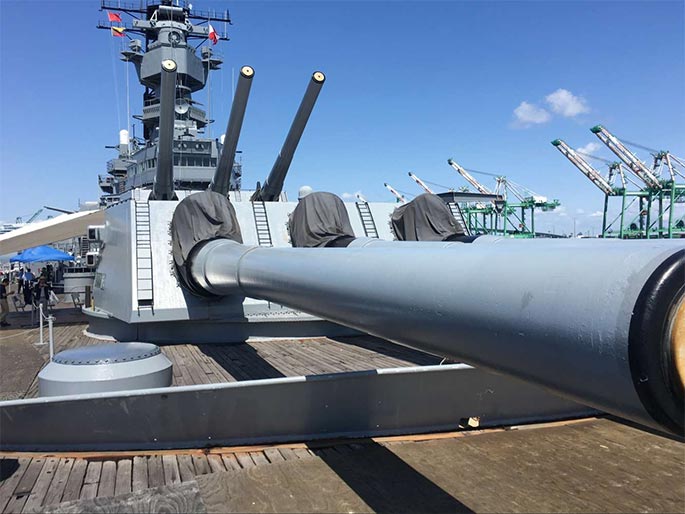 In KanColle and other games, the difference between a 38.5 or a 41 cm gun is a mere few points of firepower. In real life, however, the matter was considerably different. Those extra inches and extra years of development mattered considerably when it comes to the power of battleship guns.

Naturally, which ship has bigger guns and bigger caliber guns and shoots further and all that becomes subject of intense curiosity from us bathtub admirals. Unfortunately, it is not as simple as saying “a ship with 16 inch guns will beat a ship with 15 inch guns.” You cannot simply assume that a bigger gun is going to outperform the other.

I say again, you should not make the simple assumption that just because a gun has a larger caliber, it’ll be more powerful.

I am by no means the first person to jump into this discussion. However, I do feel the inclination to speak up, because the truth of the matter is that there is a lot of things we DON’T and likely will NEVER be able to know about how capable a battleship’s gun is on an opponent that she was “meant” to fight (more on this later). Battleship on battleship engagements occurred only a handful of times in the Pacific theater, after all.

So, to broach the subject matter…

A good rule of thumb is that thanks to newer developments in technology, later guns are better. A 14 incher built in WWI versus (the hypothetical situation) one that is built in thirty years later will benefit from increased maximum range. Generally this is due to increased maximum elevation. Think about a naval gun projectile as a matter of pure physics. The higher the angle fired, naturally the further the projectile will go. Here’s an example of data on the Iowa, firing her AP shell. 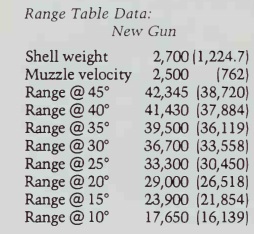 However, herein lies the difficulty. At its core, how capable of a battleship’s guns are is a matter of mathematics and physics. It’s how much kinetic energy can be applied against enemy armor to “punch” its way through. The goal is to try to sink the ship, after all.

So, the ability of a shell to penetrate any armor is a very complicated scenario that involves a lot of factors. Without the benefit of actually firing it in real life, however, the most anyone can do is create models and calculate approximations. These models inevitably include matters such as:

The above scenario already creates a challenging problem to solve. However, there are other factors that are much more difficult to factor in.

I’m going to take a quick note here. Ship guns are NOT tank guns. They represent two entirely different approaches. All of us who played some sort of “tonk” game knows that the performance of a gun deteriorates significantly at longer ranges. That’s because the (comparatively) high muzzle velocity of tank guns fire a (comparatively) light shell, which makes it excellent up close. However, because so much of the kinetic energy is that initial velocity, naturally tank guns rapidly lose effectiveness (loses velocity) the further it travels.

Battleship guns are the reverse. It throws as heavy of a projectile as it can at a long distance at a moderate muzzle velocity. This at first seems counterintuitive. Energy is the mass of a shell times the speed of impact squared, so why wouldn’t you want to fire the projectile out as high of a speed as possible?

Well, before we get into that, the point to consider isn’t just kinetic energy, but momentum. Recall back to your high school physics class, and remember that the shell’s velocity is changing thanks to gravity as it flies toward the target. Thus, you’re going to have a sweet spot where a gun firing heavier shells at a lower muzzle velocity is going to have more energy than the same gun firing lighter shells at a higher muzzle velocity.

Once naval designers realized that you can get away with lowering the velocity that the gun fires out of (thus saving costs and maintenance) so long as you compensate it with something else – heavier shells, longer distance to impact, so on and so forth, they started doing just that. The biggest reason is wear and tear on the barrels itself. The higher the velocity, the faster the barrel gets worn out. The more your barrel gets worn out, the less accurate your gunfire is.

So, in order to strike a balance between efficient barrel wear, penetration, and range, naval architects tweaked a lot of the parameters on their naval guns. They went through a lot of trouble, but unfortunately not a whole lot of it was even used – US battleships, for instance, ended up firing high explosives (at reduced charges, no less) because those shells exploded on contact. Thus, so long as they can chuck something at a far enough distance, it doesn’t really matter what the velocity is.

(An aside and an example of what hard data simply doesn’t tell you. It’s worth mentioning that the Japanese were so concerned with Yamato’s gun barrels that she really didn’t have many opportunities to fire her guns even in practice. It was more practical to replace a worn-out gun with a brand new one than trying to reline her barrels. Of course, neither one of the Yamato class ever received a gun barrel refit. In fact, I don’t think Musashi even got to fire AP shells during the war – she was shooting Type 3s in her last engagement. But, it’s worth thinking about whether or not you can really call a design “good” if its construction and maintenance was so difficult.)

So, at the end of the day, there are several thoughts about the effectiveness of a battleship. In my opinion, a battleship’s primary purpose – like all naval units – is to function effectively in combat. I accept that its primary goal is to kill other battleships and capital ships with its big guns, but how it actually (might have) gone about doing that is a matter that I think is by now more speculation than actual history.

All these technical matters aside, the human component is not one we could ever realistically account for. An old four-stacker led the combined fleet in a merry chase in early 1942. A bunch of escort destroyers and destroyers (“smallboys”) managed to scare off Kurita’s fleet WITH Yamato present. War is a complicated business. We’ve seen plenty of examples where our own failures are a stark reminder of what the costs are, torpedo fiasco or poor utilization of radar in ’43 not withstanding.

It’s why we’re interested in history, I suspect. Speculation is entertaining business. It also makes us think. 🙂