Seventy-eight hours has passed since we first had contact. Morale is okay. Surcouf finally opened up and told us what happened. Artois’ making good of her threat and we’re detecting massive numbers of abyssals coming in from the stratosphere. It’s been an eventful couple of days, and it’s only going to get hotter once all those signatures finally hit.

Goddamn, if I hear from one more junior officer about handing off that poor French girl to “save the world,” I swear I’m going to slap a bleeding heart liberal or three. We’re American. We believe in something called innocent until proven guilty.

You’d think that against such monsters as the abyssal fleet people would be able to band together to face them down. Well, you know what? Monsters can be pretty, too. The abyssal fleet is more than aware of the fact that we humans have problems dealing with other humans. Which is why it created beings such as Artois. 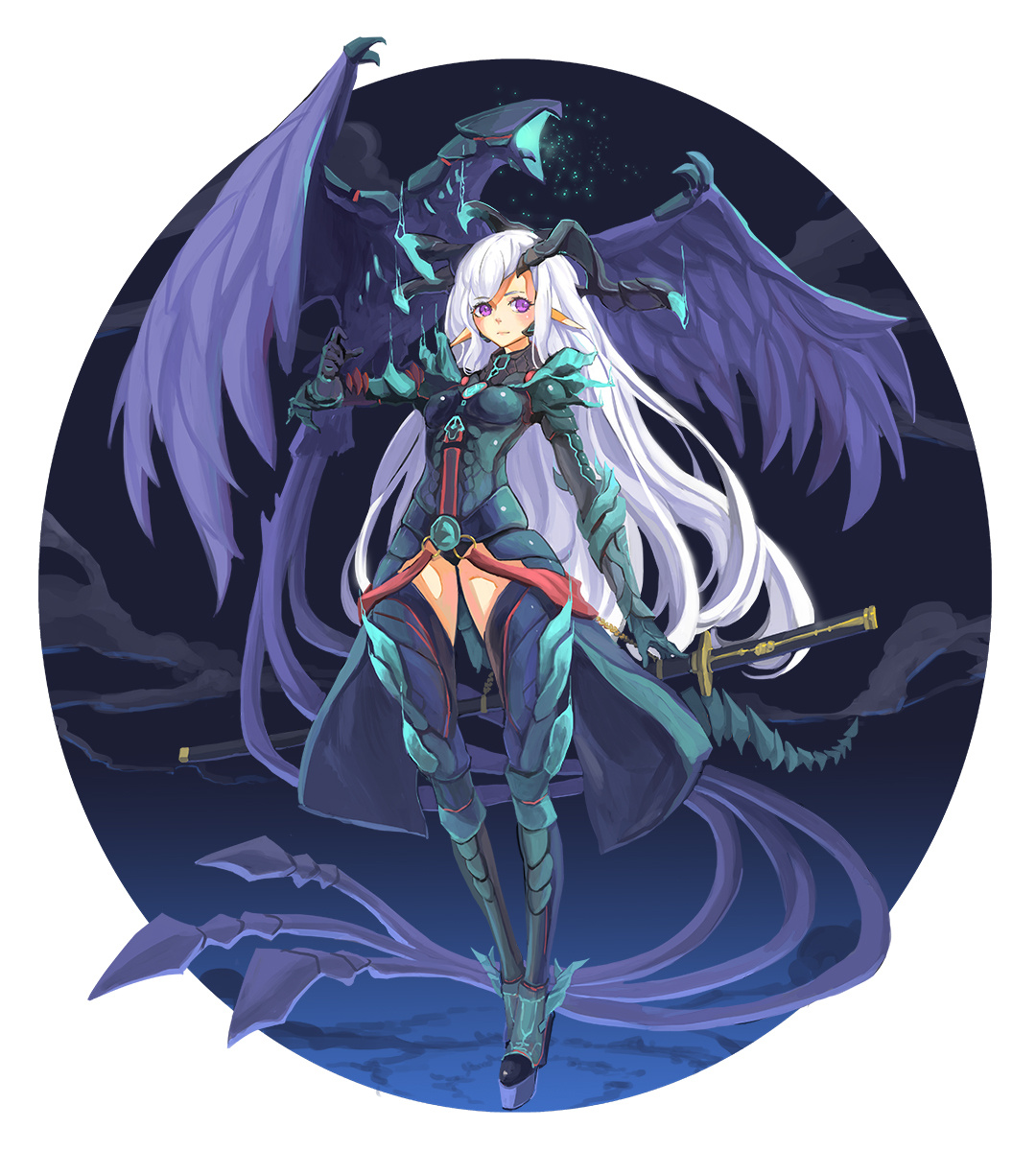 The NKT derisively call these abyssals “hime” – their word for “princess”, believing that the abyssal fleet created them as a mockery of we ship girls. The nickname is popular within the scattered factions of Japanese ship girl service, as to the average on-looker Artois can easily pass for being human if she withdrew her “protrusions” and tail.

((The section below has been forcefully scratched out.))

Of course there’s a purpose for her looking like that. The abyssal fleet is more than capable of meeting any resistance it sees with overwhelming force, but we’ve never been so delusional as to think we were facing simple beasts. Artois looks good. She can talk. She’s damn good at that, in fact, judging from the contents of that note. A whispered word or a single sentence can and will destroy alliances and coalitions, and what one cannot destroy from without, one can easily do so from within.

Whatever it may be, the seeds of discord has been sown. That Soviet officer – Viktor? – got the right idea in my opinion to deal with this. Mike’s setting aside an entire afternoon to speak to anyone who wants about the nature of the abyssal fleet, and I believe the other COs are doing the same. We don’t have commissars here. Never needed them. However, our men need to be aware of the sort of thing they’re up against, and we need to make sure we’re all in this together with the same mindset and the same attitude.

No doubt there are worlds out there that chose to hand Surcouf over to her, believing that perhaps humanity can be saved through diplomacy and negotiation. Perhaps their actions may even buy a slight respite, as Artois may decide to attack at a later point. Perhaps Artois (and I admit I myself am naive for thinking this) may even keep her word, and withdraw her abyssals (if they realy are “hers”) from the conflict altogether.

Yet Artois is not the first abyssal we’ve faced, and she won’t be the last. I’d rather die before I willingly send someone to a fate worse than death for a statistical possibility.

As an intelligent and largely independent agent acting on behalf of the abyssal fleet, Artois has personally experienced countless permutations of history. She knows many ways to corrode a planet’s ability to resist, and is quite willing to subvert the noblest of human qualities in order to achieve her ends.

You’ll be seeing more of her. 😉