Seventy-five years ago, on this day, the war was still looking bleak for the Allies. U-boats rampaged through the Atlantic. The Red Army was being ground down by Hitler’s assault on the Soviet Union. Rommel was trying to break into Egypt.

And, because Pacific focuses on, well, the Pacific, let’s not forget how the IJN rampaged through the Asia-Pacific over the last six months. We know – though the public might not – that Coral Sea was something of a draw. Tensions are high. This next battle would prove to be critical.

From the Japanese perspective, if they can draw out the US fleet in a good engagement and destroy it, they’ve then got the war in the bag. If they can decapitate the US naval forces here, then American would surely sue for peace and in the process, pay off Japan’s magnificent gamble back in ’41.

From the American perspective? The stakes were high. Midway’s strategic position cannot be understated. Coral Sea threw the Japanese slightly off balance, but if Midway is lost – along with its carrier defenders – then Japan will have another six months of free reign in the Pacific. US carriers were under production, but no new carriers could be brought in until at least the end of 1942.

Plenty of people’s written on Midway before. Many prominent historians and well-learned scholars all gave their own opinions on what this battle is. I can give you a good reading list if you’d like. Popping over on the Midway Round Table for an excellent review of books.

However, as we gear up vol. 3 for print, here’s my perspective on Midway.

You get the idea. As I said, miracle might – can, depending on your inclination – be too strong of a word. These were brave men who did their best to do the jobs they were given. Each went into the battle determined to perform the best he could offer. The rest is really left to the nebulous thing we call fate.

But, that is what real life is. Before 10 AM if we were watching the Pacific War we’d say that the Axis still held all the cards. By 11 AM? The tides have definitely changed.

It’s why Sima and I decided to caption our image for the third book the following way. 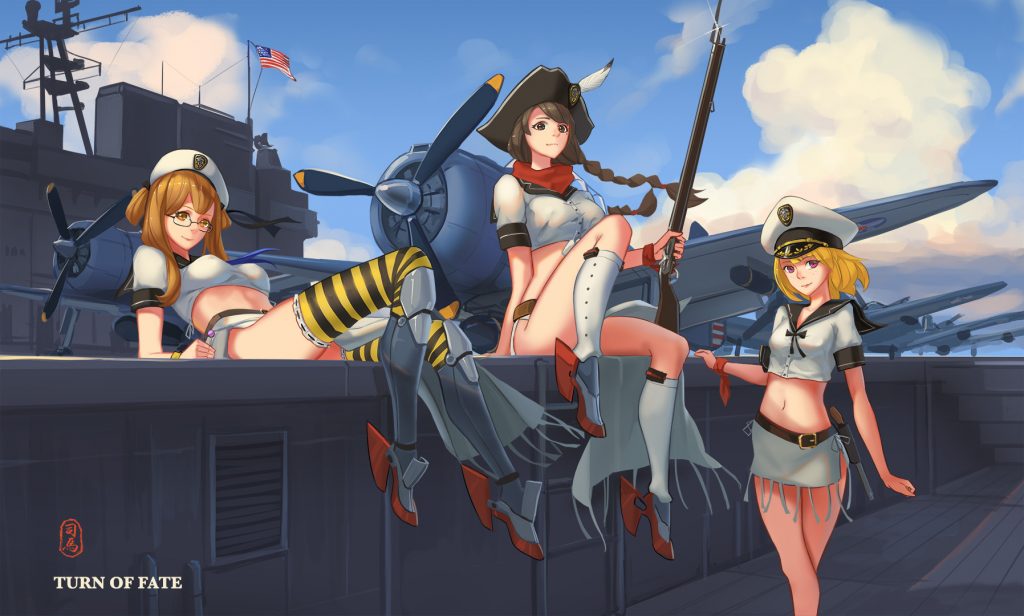 A turn of fate; an unanticipated change in a sequence of events. I think Midway qualifies. After all, no one enters a battle with the assumption that they’d go in to lose. But I don’t think the US forces went into Midway thinking that they’d be able to score such an incredible victory.

In vol. 3, we’ll be discussing in much greater detail some of the conclusions that the team and I have reached. Until then, I’ll leave you with this quote – found scrawled on one of the US carriers in the day.