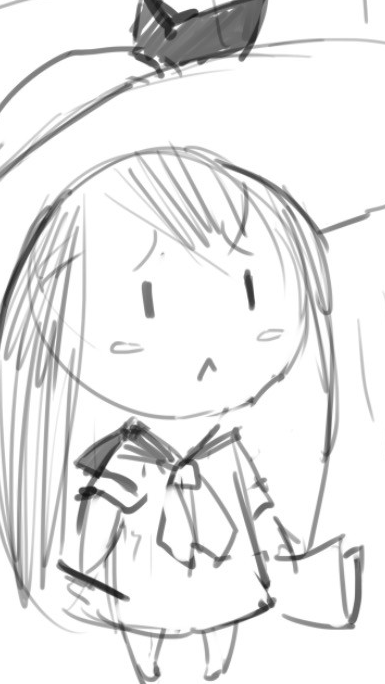 My professor has always told me this. In literary analysis, here are oftentimes no right answers (though, he would immediately add, sometimes there are. Most of the time there aren’t), but there are definitely wrong answers.

I think for shipgirls, this applies as well. Depending on what standard you apply as your criteria, there may not necessarily be a single “good” or “best design out there, but there are definitely bad or lazy designs.

As for which ones are good or bad? Unless pressed directly in private, I won’t really comment, defend, or critique other designs. Morgane the fan has a personal opinion, but my opinions are mine, and they should remain private. What I will say is that I am absolutely one for diversity in character designs. Pacific’s managed to poke a few people into making their own shipgirls or writing about their own headcanons, and the thought of that brings a smile to my face.

Of course, given that I do write Pacific, that is something I can comment on.

Pacific, at its heart, is a work where we put the shipGIRL before the SHIPgirl. I attribute this to my personal disinterest in the general issues and themes behind the Mecha musume genre, and a personal lukewarm reception towards the “moeblob” categorical application of select moe tropes to character design. It really, really doesn’t quite appeal to me in the same way as some of the other folks I’ve talked to, because we’re different. My culture, my experiences, my interests and values – subjective experiences they may be – shape my outlook, and of course, shapes Pacific along with it.

When we design shipgirls, we intentionally aim for a minimalist depiction of their gear or rigging. The behind the scenes stuff and the storyline show this as much – we want to make it clear to the reader that these young women are NOT machines or weapons of war, and too much rigging or equipment often creates visual “clash,” making it that much harder for us to communicate our intent to our readers. As November said, it isn’t enough to basically copy-paste an outline of a ship and put it on a cute girl. It’s important to think about how the rigging might work in relation to the character, and how she could put it on, take it off, or realistically use it.

In other words, our focus is on their humanity, and I would say that Pacific is written with no particular audience other than a single group: Believers. Whether it’s a belief in heroes, in a divine being or a religious tradition, in humanity, in yourself, in each other, in some intrinsic values, in doing good, and countless other things, it really is a simple one. There’s something out there or someone out there worth believing in.

What do our shipgirls believe in? That’s a good question.

See, as I brainstorm and think about these things, a shipgirl almost without exception writes herself. To me, the challenge is integrating everything into one cogent characterization. When Iowa was being designed, for instance, one of the greatest inspirations we had that went into her design was American Gothic. This is one of the most iconic pieces of American art, and it faithfully depicts an aspect of (Iowan) American life and – in my mind – communicates a great many values that Iowa’ll identify with. Hard work. Simplicity. Tradition. The sort of folks you want to live with next door. 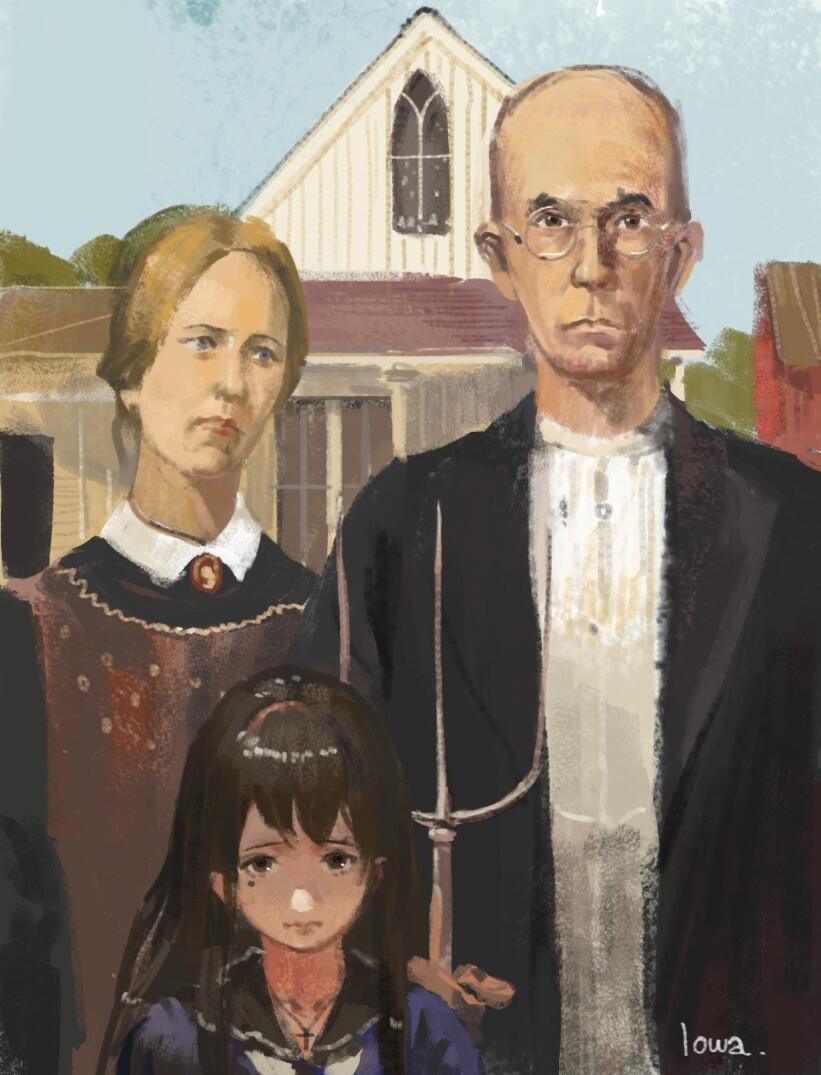 In visual art, it is extremely easy to convey a sense of something with minor strokes. A character who’s smiling versus a character who isn’t can mean a million different things to different readers. Such complexity is only possible, however, if you consider the character outside of the tropes that we’ve shoehorned them in. The more predictable or visible the trope is, the less individuality the character possess on her own. If someone already has a predisposition to interpret something a certain way, then in essence we’ve locked the character into that.

In other words, I need to carefully considering her “upbringing” – what inherent traits we assigned her – and constantly strive to show the reader that they are not the end-definition to all of her traits. Iowa’s intentionally written to be a little blunt, for example. There’s definitely a bit of the quiet country bumpkin in her. This is a girl who doesn’t really shirk from responsibility or socialization, but would still prefer to have time alone in solitude so she could reflect and ponder on what her values actually mean. These are all traits that fit well with the schema (bear with me here, I’m not using the psych term here correctly, but it’s a system of thought or ideas, applied to a character) that I’ve constructed for her based on inspiration and ideas drawn from that above.

But what about her naval traditions? Her amazing captain? The politics that involved the ship? The fight at the Secretary of the Navy to get the class named after her? How about the state? What aspect of the state do we capture and choose to present? How do we integrate all of these different inspirations into a single character?

We considered all that too. All that and more. The truth is, Iowa isn’t just Iowa, the battleship or Iowa, the American State or a composite of Iowans or a stereotype. She’s a Pacific shipgirl, and she represents all of that and more.

Look at her depiction in our 4koma, the scattered histories of STEC, references from other shipgirls, even in our political commentary that ostensibly sits outside of Pacific proper. Virtually everything we do here is a part of a single process, with a single goal.

Does she smile, or laugh, or jump for joy when she’s happy? Does one of the most powerful characters in our setting have to be designed in a certain way? Does she, for instance, have to follow the physique/boob-size pecking order that’s typically found in our big-named western comics? Can a character with her humble and down to earth personality, written as she is and inspired by those aspects in mind, be a leader? In what way would she lead? Could we actually make stockings and strappy sandals work, even though it’s really a fashion faux pas?

What could possibly convince her to work with a certain director in Pacific’s world?

A better question might ask. What’s Morgane trying to do with this?

To put it another way, it’s my job and pleasure to give our girls a chance to come alive before your very eyes. I will not be able to accomplish this with one updates or ten updates or even a hundred updates, but with each little thing we do?

We get into something terribly philosophical once we start asking to what extent could one truly know someone else, but to me? The world lights up a tiny bit more because you now know a little more about her, and the path towards her becomes a little clearer.

And this journey – the one we’re all on together? That’s just beginning, too.