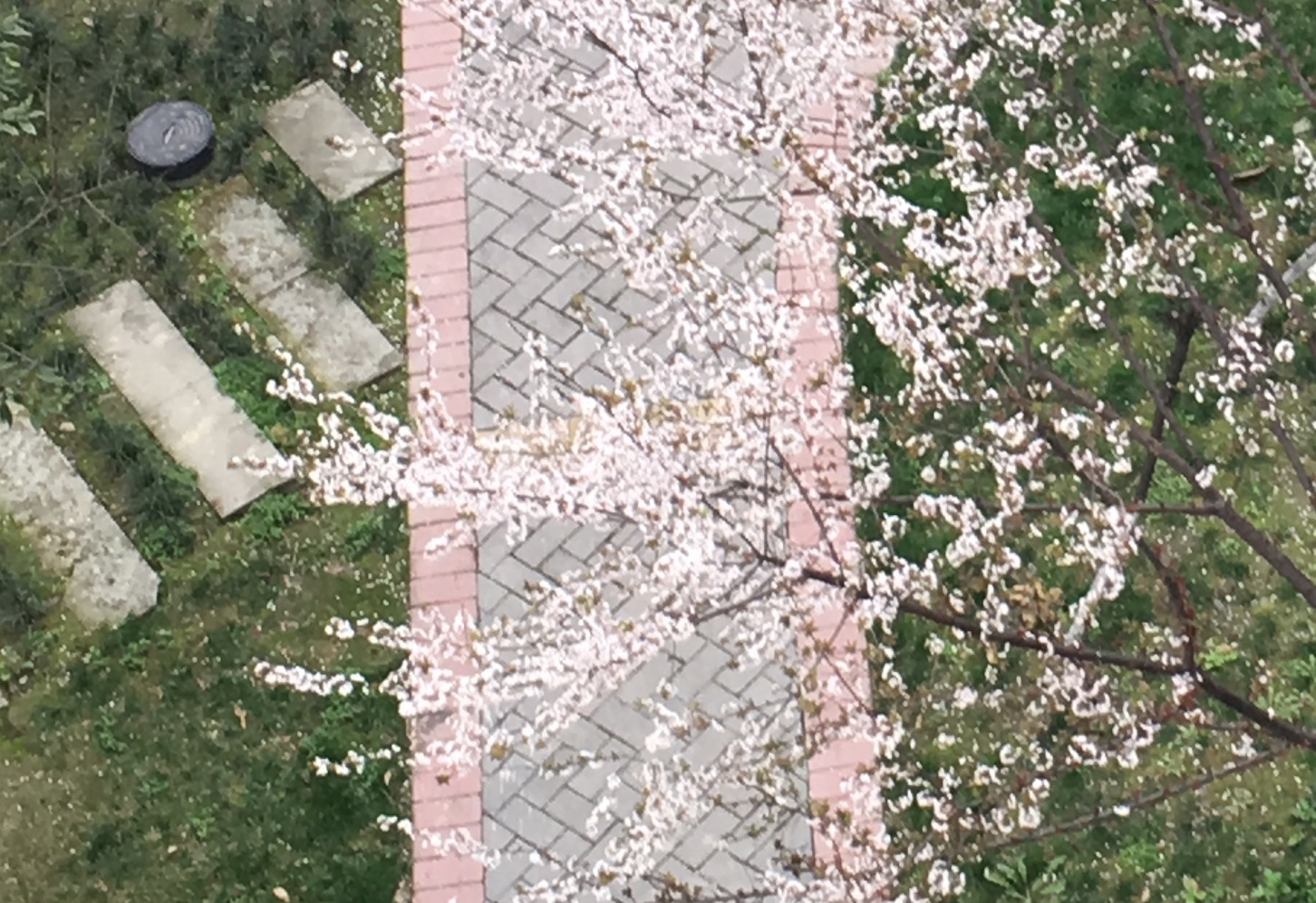 Editor’s Note: Excerpt of additions briefings provided to Admiral Yin ahead of his daily briefings on [DATE REDACTED]. As this is an informal, personal briefing written by [NAME REDACTED], it does not follow formal STEC convention.

Attached to the briefing is a newspaper clipping from the Asahi Shimbun (1988). The headlines translate to “Third day of violent clashes over pro, anti-constitutional revision supporters outside the National Diet Building, Imperial Household silent.”

In short, this furor is caused by the attempt to re-insert “sacred and inviolable” back to Article 1 of the modern constitution. Proponents believe that it is important to emphasize the “cultural aspect” of the Imperial Household, and stress the importance of the fact that the “democratic” nature of Japan remain unaltered, keeping wholesale the “deriving his position from the will of the people with whom resides sovereign power.”

Politically, this is because of the recent high-level crimes committed on the grounds of Imperial Kyoto, where prosecution and anti-Imperial political entities wished to follow the letter and spirit of the law and bring down the Imperial Household alongside the criminals in question. This is met with understandable pushback from much of the public (by my guess most of Japan), backed by the powerful Yamato faction within the NI. In their view, the most anyone could sensibly accuse the Imperial Household of is negligence or abuse of palace grounds. This attempt to revise the Constitution to “place” the Emperor above undue legal persecution is the latest episode of it.

Opponents, as you will no doubt hear from the CIA, are mostly divided over several ideological lines. Many do not wish to amend the modern constitution. Some see no purpose and certainly do not believe that granting the Emperor exceptional immunity follows the spirit of the modern constitution. Others note the explicitly Imperial (also known as the Meiji Constitution) language, and argue that this sends Japan down a tenuous path – once again, this is the “normalization” argument you have heard so much about.

My take is that both have missed the mark completely. Chances are, with some clever political backstabbing, something along the lines of the Imperial Household and/or Emperor is not above the law may be worked in, and thus, the positive descriptor “sacred” will be reinserted into the Constitution. That is my guess, as you have correctly pointed out that the governmental prosecutors are acting irrationally in terms of scope, and it is unlikely that they had simply misread the public sentiment. I would add that we should follow-up once Jer has ascertained the loyalties of the individuals in question – she is probably correct that they are playing the double agent instead of being earnestly “pro-government.” For now, I feel like it is necessary to act with the information we have.

Constitutional revision is a messy affair, and one that generally invites more trouble than one realizes. What’s more, it draws media and international scrutiny, even if it is a trivial subject as such. Do you believe for a second that Yamato is dumb? If not, what possible motive could she have from propping up the Imperial Household – which she is not technically a part of?

The reason is not political, but religious. You may have missed this, but Shin Kokka Shinto (SKS, “New National Shinto”) made a huge fuss about this a couple of months back, where all the portents pointed to a restoration of Japanese identity via greater “veneration of Japan.” They’ve been talking about how every divination has yielded this outcome since as early as maybe this time last year, if not earlier. In my view, Yamato seeks to re-establish the legitimacy of the Emperor as a being of worship. Something as dramatic as revising the Constitution will not only accomplish this, but aid her tremendously in the unification of Shinto and ergo, Japan, as a whole.

The specific nature of the wording inserted, “sacred and inviolable,” is generally reserved only for the description of kami or other deity-like entities. This is, in fact, the justification given during the Pacific War, where the head of Japan’s religious institutions – Shinto, Buddhist, even Christianity – collectively declared that the divinity of the Emperor is enshrined within the Imperial Constitution. The role of these entities and their fervent support for the “Great Imperial War,” you are well aware of, and I see no difference here.

Japan is fractured, perhaps even more so these days than before. The people want something to grasp onto spiritually, and traditions – be it culture, philosophy, or religion – is an instinctive thing to do. While you Americans have been reasonably restrained, the Russians and the English are more forthcoming. That Boshin War Kai I joked about involving Shikoku and Hokubu is at this point not an unlikely scenario. Yamato is aware of this, and so in an attempt to suppress her own rivals, she needs to shore up support for her view of Japan. She is not above using religion for this end – in fact, I would say she herself is a devout adherent of what she preaches, but that is another subject for another time.

As you are aware, Shin Kokka Shinto (SKS) is a fully accredited and legally operating religion in Japan. It is explicitly “non-political” and even holds regular ceremonies to “release” its believers from ceremonial involvement prior to running for office. I always chuckle whenever I see idealistic American journalists fawn over the “exotic,” “temperate,” or “restrained” practice of SKS – how it is so remarkably humble, humane, and human, so on. Completely absent is their awareness or the elegant demonstration of a remarkably lacking understanding of what Shinto is. Shinto cannot be nationalized as a practice. Shinto has no deity in which everyone must worship. By nature, it is a decentralized, local religious practice, where one venerates their familial ancestors, conceptual tutelary deities, and local entities within nature. The same deity may take on completely different aspects depending on the specific nature of the practice, ranging from requiring its adherents towards solitary asceticism to actively proselytize to others.

Yamato’s SKS is the latter, but it goes one step further: it aggressively attempts to incorporate and regulate local shrines into its own formalized system of worship, centered around the concept of “Yamato” (Japan or Japanese-ness as a whole, not “yet” (emphasis mine) herself) as a deity. At the surface level, this appears perfectly benign and harmless. Japanese media love a feel-good story where the local shrine in desperate need of maintenance is rescued by well-meaning strangers unified in a desire to see Japanese faith flourish, and so this is roughly all the average person’s take on the SKS when you ask them on the streets.

This is not the place for me to talk about why I oppose this politically, religiously, socially, economically, or ideologically. I will simply comment on why I oppose her on a cultural level. Nationalized Shinto has been tried before, and each time, the ultimate aim was to purge, purify, or filter it in accordance to the orders from high. As I had stressed before, Shinto is a very localized affair, with no particular message, deity, or practice superior to others. It is as mutable or as flexible as the crashing waves on the coastline, where each individual shrine, worshipper, or household decides how they venerate these entities. Countless shrines have fallen into disrepair and obscurity only to be revived hundreds of years later – as part of mine did. Others, like the other half of mine in Dewa, lie still in ruin. Whether it should be restored should lie on the shoulders of my household and I, not some faraway bureaucrat-priestess, unconnected and unconcerned with the meaning of my ancestral home. Ancient texts and sacred objects should not be “lost” or placed out of reach due to “repairs” just because it annoys Yamato. People who found reservation about having their ancestors dug up and relocated into a central “shrine of honor” shouldn’t be intimidated, assaulted, and ultimately legally bludgeoned into submission. Then there’s that whole affair with the Great Izumo Shrine’s conflict in scheduling the high holidays… I could go on, but you get the point.

Unify, standardize, and nationalize something as abstract as Shinto, and I fear that yet another aspect of our cultural identity would be irreversibly destroyed. Many of these practices and traditions and tales are already on the verge of extinction, but what Yamato wishes to do so will only accelerate our cultural demise.

Sadly, the disjointed and disconnected nature of Shinto mean that Yamato is ultimately more successful than not. In 1965, I counted more than twenty three great Shinto networks, not counting the Thirteen from the Imperial Era. Today we are down to more or less half those numbers.

I do not have the resources or energy to deal with this. Not with the Abyssals hanging over all of our heads. However, our time together have again reinforced my understanding of just what a “victory” actually look like. If Japan emerges from this, but under Yamato’s iron-fisted rule, is that Japan really still the Japan I know?

I am not alone in this endeavor or this way of thought, and so I am again grateful for the assistance you have provided Omi and I. She and I had spoken earlier last week, and we have made the decision to proceed. I will arrange for the immediate transportation of all facsimiles we’ve preserved to STEC’s facility at Sado. If this happens to blow her cover, please make arrangements to add another shipgirl to Avalon’s daily training schedule sometimes within the next few days.