The brainchild program of the STEC Archivists & designed to be family-friendly and informative; an educational newscast where contemporary events are linked directly to the “topic of the day.” 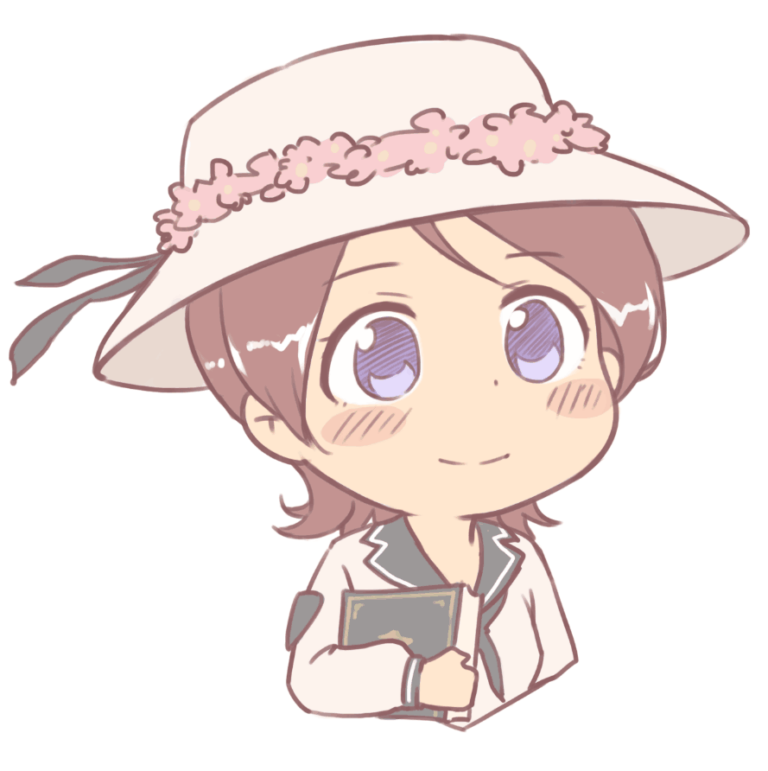 Curator’s Note: Were we officially operating under STEC’s aegis during this time in Japan, or the CIA’s? Might we have inadvertently contributed to the various America-related conspiracies that all cropped up there around the time?

Dissimilar Air Combat Training (DACT) refers to air combat exercises where the opposing aircraft have different capabilities and tactics. Only training against similar aircraft to yours doesn’t accurately reflect real combat, where your enemy has a much different airplane and skillset than yours. Thus, if you can train against as many different aircraft types, you will be prepared for any eventuality.

With the RAF and FAA at Iwakuni and the US Navy at Atsugi providing a perfect opportunity for regular DACT sessions, it was only a matter of time before a friendly rivalry between the two bases developed. With the JMSDF and JASDF eventually having their own contingents on the two bases as well, the stage was set for the creation of one of the largest annual air exercises in the region. Acknowledging the merits of friendly competition both as a way to increase inter-operability between the military branches and good PR with the general public, the Bright Futures Aviation Challenge was created – in spite of on-going political tensions within Japan’s fractured political parties.

Squadrons from the three nations compete in mock dogfights with one another tournament-style in order to win the coveted “Bright Futures Trophy” – and the official right to call themselves the best squadron this side of the Pacific Ocean.

Ostensibly due to a desire to anonymize the interview process, it is customary for the staff of Marblehead Media to assign descriptive nicknames to the personalities during the editing process. An accidental airing of the uncut episode – with nicknames intact – became a smash hit with the viewers and led to the show’s interesting custom: the identities of those involved will only be revealed in the following episode, with an additional comment regarding the interview should they choose to offer some choice words.

Hi! Marblehead Media here – could you spare us a word?

(An ###hole from New York) All we need is live TV coverage, a few corporate sponsors, and I bet you we could challenge both NASCAR and F1 in merch sales alone.

(Very Important & Pompous British RAF Person) The Bright Futures Aviation Challenge allows for, ahem, a fair demonstration of the capacity of the RAF and serves as a distinctive reminder for why it is necessary for the public to see our affairs.

(Starry-eyed schoolchild, age 7, from the American West Coast) When I grow up, I want to be a fighter pilot and enter this competition too!

(Bleary-eyed schoolchild, age 7, from Eastern Japan)
My parents wouldn’t let me watch the competition since they say only losers join the military, but I stayed up late – yawn – because it was so very cool.

(Mid-level career employee, State Dept.)
A candid display of American airpower and even more impressive if you get to watch it live.

(Irate local, father of 3)
The airplane noises are too loud. Couldn’t you hold this outside Japan?

(Stressed-looking regional elected official)
It bears mentioning that the presence of the nearby foreign allied bases has been a constant source of unrest and trouble for my district. It’s not an easy job, let me tell you, because it is nearly impossible to reconcile the various interests…

Of course, the shipgirl services do also participate, with RNSTEC, NKT, and STEC CV (carrier) girls as the participants rather than the squadrons themselves. The more competitive girls all look forward to the day as the highlight of their training, while the more casual minded girls tend to view it as just another training mission.

(Probably signed the paperwork herself on March 23, 1776)
Look. I like the English & the Japanese gals, but they’re just mostly so stuffy and by-the-book. Can’t have that in an actual war, y’know! Lookin’ forward to beating ya again next year!

(Butler?)
I do believe it is suitable for my lady and her compatriots to exercise in unison with our allies, whether they are culturally similar or distant.

(About as trustworthy as far as Leon can throw her)
Me, dear? I go by the official NKT line. Whatever her majesty (Yamato) says, that I am sure is an opinion shared by all of us.

(Wholesome. Probably would be protagonist if this was an anime)
Everyone all worked really hard and I think it’s wonderful to see how we’re all growing year by year! When we’re working together like this, we’re definitely going to win this war.

(Can’t hit the outer walls of a 4-story Tenshou)
Is it dinner time yet? I’m hungry.

(Not sure if shipgirl or literal goddess)
…

(Concerned older sister type)
Ooh, I do think this ended up a bit more combative this time around. Pretty much everyone knew the kansai’ers were gonna try to stuff a live round or two in, but what really surprised me was that the yankees did it too. You should have seen the look on Akagi’s face when the situation sank in.

(Marauding tactical genius & firearm enthusiast)
Quite a lot of room for improvement for all of us around. I’ll be working on the paperwork.

(Confused paper shipgirl)
HOW DO I ACTUALLY LAUNCH THESE?

(Not sure if speaking English)
Hey, Marblehead? Y’think you can get word in to Admiral Yin about axing the gear-swap bit of this competition? No, really. Look! Look at this. Do you have any idea how many hours of scrubbing my fairies are gonna have to do to get these skidmarks off? Tch, I cannae wait to give her a piece of me mind!

(Blank-faced classical Japanese beauty)
Everyone did well and I am glad for this opportunity to participate.

(Chances of being banned from future attendance of competition due to illegal PBY deployment >99%)
Hahahahahahaha! SERVES YA RIGHT, PUNKS. “Regrettably this is how we do things in Japan, please understand.” WELL! How about you add the word “SPORTSMANSHIP” to that dictionary of yours, huh, huh?! Why don’t you TAKE the ####ing torpedoes and shove [hilariously long bleep]

Aw, shucks, can I have a redo?

(Perpetually overworked Royal Knight)
Do you see that stack of papers my admiral’s pointing at? Yeah, it’s because a third of us – all of us – were acting like spoiled children. Nice one, isn’t it?

(Friendly older sister type)
I think what matters is that we’re all winners – see you at the celebration tonight!

That’ll be all for now. Thank you for tuning in Marblehead Media’s Slice of Life – “Where History Comes Alive!”