Which one of you’s feeling scared?

C’mon now. We’ve been through hell and back a few times already. No need to be shy. 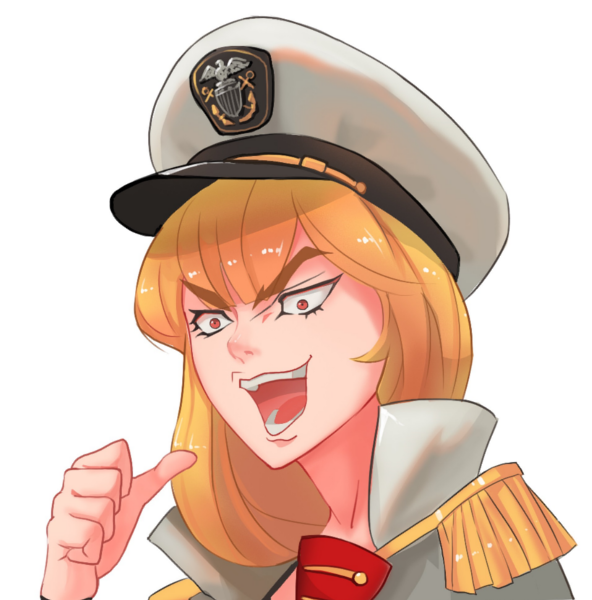 Good. That’s what I thought. Take a good look around you. Remember that we’re all scared. We’ve all been there. Abyssal or no, this feeling’s natural. But this is where the men get separated from the boys and the women get separated from the girls. It’s the same reason why each and every one of you volunteered for this job SPECIFICALLY. We’ve all stared death down the eyes before, and we’re going to be doing it again shortly.

Why? Because we’re the best ones at this f*cking job. STEC has plenty of hard sons of bitches, but when it comes to going on the offensive? We are it.

You know my opinion on this. You’ve heard my very public disagreements with some of our colleagues in front of Admiral Yin. It is my opinion that we do not win this f*cking war by staying on the defense! Shields and stealth are the f*cking equivalent to modern-day trenches, and when was the last time ANYONE won a goddamn war by cowering in a hole?

Now, I say that with ZERO condemnation and ZERO disrespect, because we’re part of the same team! It took all of us, most importantly those same colleagues who disagree, to get us to this point. For we are all here to win this damn war.

That’s why we’ve got this little fancy thing today, and that’s why we’re the ones who’s going to give it a little test-run. We’re putting in the sweat and blood right now because IF this thing works, you betcha we’re going to be putting every f*cking spare fairy on miniaturization, optimization, and production.

You weren’t told before you accepted the mission, so I’m gonna let you in on the secret. The reason why this thing is f*cking classified is that the eggheads believe – keyword being BELIEVE – they’ve figured out a way to touch the Abyssal psyche. The Abyssals fight partially via their fear-inducing presence. They don’t seem to have or feel like we do.

… Well, guess what, men? IF this thing work, we’re going to teach the overgrown buckets-o-fish something new.

We’re gonna teach them just what “fear” is!

Popularized post-war by the hit TV series “The Daily Life of A STEC Operator,” the Special Weapons team test experimental, often highly innovative (and dangerous) anti-Abyssal weapons. Initially comprised only of shipgirls, over time the team opened itself up to hand-picked special forces personnel. Today, like many other STEC internal organizations, it is nearly all pseudo-automated using fairy-derived technology and artificial human facsimiles.

During this period in STEC’s history, particular effort was taken to test conventional weapons – weapons capable of being utilized without fairy support. Many of these weapons did not progress to mass production and subsequent deployment, but the priceless experience and operational expertise gleaned from their use ultimately paved the way to successful designs such as the Lockwood-class coastal defense submarines that contributed significantly to the defense of humanity.