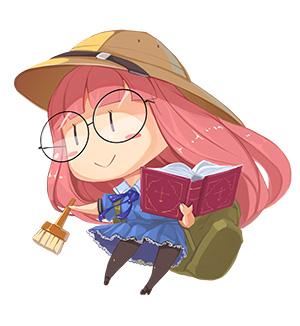 Mahan speaking from the Bastion. Welcome, representatives, to demonstration number two-thousand, eight-hundred and thirty. Due to the extraordinary nature of the technology involved, STEC is currently on full combat readiness.

The strobelight-like device currently hovering approximately 13,000 feet from sea level is the object of the demonstration. As it is evident, it is a low speed greater hovercraft capable of independent motion without being tethered to any power source. STEC has yet to provide it with a name, but should this project be continued, some 0.2% of current fae-rey production capacity shall henceforth be applied. For the purpose of this demonstration, it shall be referred to as Object A.

Eight months prior, one request STEC received is the feasibility of some sort of early-warning system for the U.S. population at large. The request’s criteria suggested the following – the ability to operate independently of conventional power grids in the continental United States, the capacity to cover at least significant portions of major coastal urban cities, to provide a reasonable time for the un-evacuated civilian population to react to the threat, and be non-disruptive and inconspicuous in other circumstances.

While this request was challenging, here is one attempt for STEC to address all four of these concerns in one system. Object A is functionally a collection of light-emitting objects specifically designed to illuminate Abyssal ordnance and Abyssal units. Upon detection of Abyssal activity, Object A shines a visible beam of light directly onto its target independent of its topography or Z-axis location. Concurrently, it fires a beam of light to receivers on land, indicating that Abyssal activity is observed. In specific cases where Abyssal ordnance is observed, two contrasting beams – one tracking the projectile as it travels through the air while the other tracks the projected target on land – is fired instead. Object A can track up to sixty independent Abyssal targets and ordnance materials of approximately four kilometer squared in total diameter area.

It is envisioned that mass-produced iterations of Object A will be deployed in a cluster or network at conventional oceanic defense perimeter distances from the coastline and utilized alongside other advanced warning systems such as the audio-based broadcaster system.

Yes sir? The stated question is “Why make it fly.” The answer is that airspace represents a relatively underutilized space and that it satisfies the objective of maintaining conspicuousness and concealment from the general public.

The stated question is “Wouldn’t the Abyssals just shoot it down?” The answer is that this is indeed a valid concern that STEC is actively studying. Preliminary remedies include the prospects of building in shielding or concealment, but that is not something that Project two-thousand, eight-hundred and thirty can currently answer.

Sir. The stated question is “When is lunch.” The answer is that it is scheduled to occur in forty-five minutes.

The stated question is “Why track projectiles.” The answer is that prospectively STEC has raised the possibility that additional resources be applied to conventional anti-Abyssal efforts. Object A is a prototype designed to develop and advanced frameworks of technology, and thus it is plausible that such capabilities may be applied to other projects down the line.

The stated question is “That didn’t answer my question.” Apologies. The further answer is that at current engagement distances, Abyssal ordnance takes approximately seconds to minutes to reach land-based targets. The ability to visually discern when a shell is about to land provides useful information and serve as a notable morale booster based on field trials in cases where the Abyssal misses its target.

Sir. The stated question is “Can you put gun?” Could the question be restated? Thank you.

The stated question is “Can you make the thing shoot the goshdarned things when they pop out of water.” The answer is that while this is plausible, there are more efficient ways to deploy and design combat platforms. Project two-thousand, eight-hundred and thirty is currently an advanced warning platform without consideration for potential deterrence or combat capacity.

Ma’am. The stated question is “Can you make it so even if they do get’it we can do something to tell off the Abyssals that it’s not something to be messed with.” The answer is that such designs are typically risky and thus is not something currently being explored –

Pardon me? Ma’am. The clarifying statement is “A laser pointer works fine on my cat so I was thinking about something like that.” The answer is that the Abyssals appear to operate on specific wavelengths, and STEC can optimize the intensity and frequency such that Object A provides a significant irritant to the Abyssals in question. However, given that Object A is a support system and not a combat system, STEC believes it is superior to conceal Object A instead of drawing greater attention to it.

Ma’am. The question is, “Can you make something else then. Like something to really tick off the nasty fishies and get them chasing after whatever that something else is.” The answer is that decoys and other deterrents are actively being explored at the moment. Please refer to the appropriate briefing provided by STEC.

Sir. The stated question is “Can STEC make it smart, so it dodges the Abyssals.” The answer is that for technology of the type suggested, a fae-rey or “fairy” crew would be required. As fairy manpower is currently a limiting resource STEC has no further plans to crew projects such as Object A.

Sir. The stated question is “Is it fay-ray or fairy.” The answer is that it depend on the individual’s philological preference.

Sir. The stated follow-up question is, “Do you get frustrated answering questions from a bunch of ignorant old folks.” The answer is that I do not have an assessment for the quality of the question, simply that I attempt to answer them.

Sir? The stated question is “Who are you calling old” – Understood. Thank you for clarifying that it is not a question direct at STEC.

If there are no further questions, the demo shall begin in two minutes.