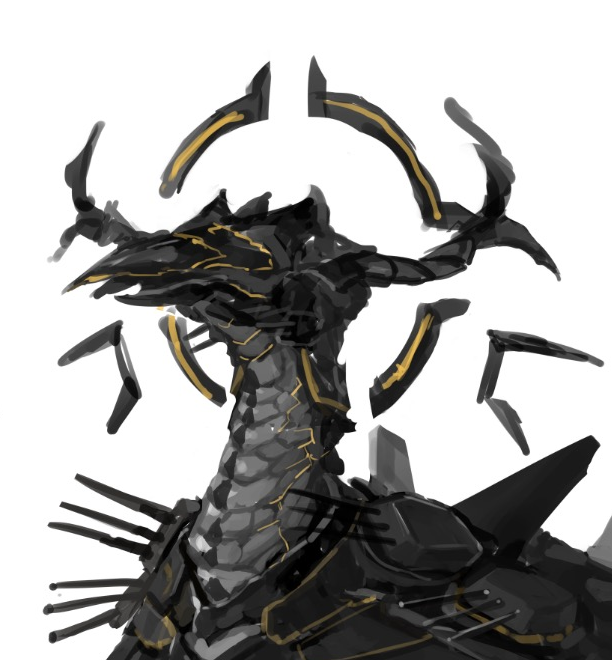 I have a contrarian view on the nature of the “large Abyssals” in which STEC assumes to form the lynchpin of major Abyssal offensives that I hope you’ll entertain. I do not believe that the appearance of large Abyssals are causes for concern. Rather, to me, it signals the beginning of the end of the Abyssal invasion.

In my view, while the Abyssals hate us instinctively, their goal is the destruction of human civilization at large. It warms my heart to see that STEC has grasped this premise magnificently – for what a hollow victory it would be if our victory comes with a dying world? Civilization requires a certain amount of enforceable order to function, and paradoxically the modern world that we reside in is a fragile one vulnerable to slight disruptions, much less great ones like the Abyssals.

If the goal for the Abyssals is to bring ruin to humanity, in my view, the “first wave” type of attacks should be the most effective. Were I the Abyssal intellect my focus would be not on the shipgirls – I would know that we are greatly limited in number, and that so far to our understanding, there are no expeditious way to replenish our ranks – but on the vulnerable aspects of civilization. Coastal cities with large populations coupled with rapid-firing media makes for a deadly and horrifying show of force, and it’s what ultimately caused the end to the world that I am familiar with.

Abyssals cannot spawn from thin air, and there appears to be a limit to how much they can apply their degenerate physic to influence our reality. During the initial wave, it is natural that their assault force is larger than what would be ordinarily capable. Ward this wave off, and the war becomes one where the greater spirit shall endure.

(My people did retain onyom mages and priests to ward off yokai, and the analogy stands here – I do believe there should be ways to stem the flow of these Abyssal “energies,” but that is a conversation for another time)

I do not think that in most of the cases you examined the war lasted long enough for the Abyssals to “peak,” but in mine, that is precisely what had occurred in hindsight. By the time we were so diminished in number to be unable to sortie offensively, the Abyssals were in an equally diminished state. Attacks became less and less frequent. The quality of the Abyssals improved, but the quantities decreased until soon enough, only one or two large monsters appeared at a time.

By then, civilization had collapsed. Our charges were dying not from Abyssal attack, but hunger, disease, and environmental hazards. Decades of war had rendered large swaths of humanity infertile, and we did not need statisticians or scientists to tell us that humanity was on track towards extinction. The Abyssals had won, but was it truly a victory if I am here today to recount our tale to you? Could there be something to be gained even in defeat?

I do not believe that this is the only way in which the Abyssals make war, and it would be foolish for us to presume that the Abyssals are unchanging. However, our long war against the Abyssals showed us clearly that they have certain paradigms and weaknesses that can be exploited. The Abyssal is fundamentally incapable of deviating from its presumed “optimal” configuration. Whatever passes for an intellect or emotions in some of their greatest makes it obvious that from their perspective, there can be no deviation from the goal. Any attempts otherwise is grounds for termination, and this includes unsanctioned offensives or in more egregious examples, utilization of “defective” units.

So, in the aforementioned situation, if large Abyssal units are deployed to the field, it means to me that they have fallen headfirst into a trap of their own making. The Abyssal intellect has concluded that smaller units are insufficient at exterminating what threatens their goal of destroying civilization (us), and have deduced that destroying the shipgirl takes precedent over destroying the humanity of that world at large.

If one or two of these “super Abyssals” can indeed do the job, then there would be no issue. Yet we grow and adapt as well. Many of us are instinctively heroic even if outwardly we are unassuming and humble. There is something to be said about the thrill of fighting monsters – a bit like how samurai would challenge the finest on the opposing side to battle. When the Abyssal discovers that their monster have been dealt with, what is the conclusion in which they make? It only confirmed their “analysis” about the threat we pose, and so it attempts to address that by trying to bring in a bigger monster, perhaps more heavily armored, or perhaps having more guns.

You get the idea. But, I will point out, at some point the monsters stopped becoming bigger. We initially suspected deceit, and we had no other way to confirm our suspicions other than conjecture, but our conversations have been illuminating, and I suspect – particularly based on the very excellent theoretical work STEC has uncovered – that there is a finite amount of “Abyssal potential” available. I think while it is safe to conclude that the Abyssals do indeed have limitless resources, how much of those it can bring to bear is limited. In other words, it is rather like the Imperial Navy building those Yamato class warships in your world’s history. They were certainly fine battleships, but it expended far too many resources for them to play the role as envisioned. I hope this analogy is sensible to you – it made more sense to me in my head before I put it down on paper.

In my view, shipgirls are uniquely situated to deal with this sort of singular entity threats. It is safe to say that the anti-Abyssal potential of something is functionally limited only by the user in question. You yourself know full-well of this. At a certain point, the challenge is not necessarily how to kill the Abyssal but how to keep civilization going, and if there is only one head to take, then good. Have it hurry along so I can return to my business.

My homeland and my world did not die in vain if I am here to fulfill my purpose. There will be other Suwa lakes, other Japans, and other Shinanos. But for me, well, there’s only one of me. There’s also only one of you and only one of Tono.

Preserving the present, then, seems to be eminently worth my while. Wouldn’t you agree?