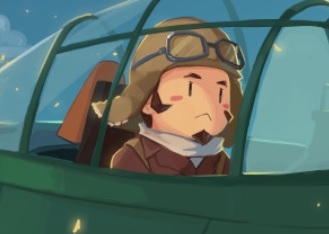 Curator’s Notes: MERLIN’s ability to gather information is unparalleled, and its usage is tightly regulated and documented by STEC. While the founding human members of STEC, with a few exceptions, were unable to witness the explosive technological advancements made in these times during their lifetime, they nonetheless anticipated a future where it is necessary to clearly regulate the degree to which such technologies may affect the lives of future generations of Americans.

MERLIN is a good example of this. While the next exhibits demonstrate just how many checks, balances, and audits exist for MERLIN and a smattering list of interesting historical anecdotes during MERLIN’s application, here we show an example of entries in MERLIN’s own databases to provide context for how it was used to locate a shipgirl. Each entry is provided in chronological order and describes the rationale for applying MERLIN.

Where appropriate, square brackets indicate annotations specific for this exhibit.

More information, along with a comprehensive list of all MERLIN activity, can be accessed on STEC’s own website below.

[In applications specific to discovering shipgirls, each shipgirl power is assigned a series, typically in code.

A “broad scan” is the most basic of MERLIN’s scanning activities. It is analogous to a passive infrared sensor, where MERLIN beams very low-intensities to a specific area briefly for a period of time. Anomalous activity would then “trip” this scan, triggering an observation and subsequent documentation.

Nonspecific scans look for any extraordinary activities, which includes both shipgirls/fairies and Abyssals]

During the annual review of NKT counter-Abyssal operations it has been brought to STEC’s attention that an Abyssal force was rapidly destroyed in the Sea of Japan without NKT intervention. While such incidents remain common due to the de-centralized operational status of the NKT, NKT reports that a local shipgirl defending the Koushinetsu region was dispatched to meet and engage the threat only to find it destroyed. Samples gathered from the operation region indicate aerial anti-Abyssal activity alongside conventional ballistics-based shipgirl weaponry.

As STEC and the neighboring ARC maintain routine presence of shipgirl patrols in the area nearby, if this was the action of a hitherto unknown shipgirl, it seems plausible that she returned to shore – possibly alongside the Oukina river system if not on foot.

[Unlike the aforementioned broad scan, observational scans are applied when STEC believes there is reason to maintain continuous observation of an area. The difference is that MERLIN sends out rapid iterations of the same scan, in effect making the sensor “continuous.” This is the standard level of operation used for routine counter-Abyssal observations.

Beyond the typical targeted scans, MERLIN houses an AI capable of making “educated guesses.” The “conceptual” designation is given to the type of target that MERLIN should try to “look” for based on its own heuristic protocols.]

Previous analysis indicate that numerous Japanese shipgirls were operating in the two prefectures without the NKT’s awareness. At the current authorization level, one particular signal appears to be non-distinctive but very potent, indicating a shipgirl of notable ability. We speculate that given the large Abyssal patrol that was engaged, it is plausible that she was the primary participant.

Preliminary analysis of battlefield debris confirms the usage of plane-based Japanese anti-Abyssal weapons. Stasis analytics of battlefield debris are currently being processed, but primarily deduction-based analysis ought to confirm in part what sort of shipgirl we may be dealing with, particularly if unknown fairy aircraft activities are documented.

[A targeted scan is what the average civilian think of when MERLIN is brought up. As the name implies, MERLIN looks for a specific target based on a curated signature database. Originally maintained entirely by shipgirls and other STEC staff, over the years with the advent of AI assistants such as CORONA, this process is now mostly automated.

In cases where it would be particularly beneficial to immediately find something, STEC commanders may choose to elevate their request in the queue. “High” is the second highest authority in MERLIN’s processing hierarchy during combat and the highest authority in other times, superseded only by the “URGENT” designation which is often applied to emergency incursions.

N/A here means that MERLIN scans until the target is found or STEC calls off the search.

Given that MERLIN may be tracking many targets at a time, a shorthand system was developed primarily for legibility purposes. In-house access of a MERLIN log would show that this order looked specifically for Japanese Dive-bombers, both registered and unregistered within the NKT.]

Stasis analysis of battlefield debris reveals a cluster of 29 undetonated aerial bombs consistent with Japanese fairy dive bombers, but the bombs themselves match no known historical IJN or IJA serial numbers. Markings on the bombs indicate they originate from “Suwa” Arsenal, and the tip of the bombs are painted with a visually distinctive deep red/crimson paint.

Atypical of the inconsistent quality of NKT ordnance, these bombs appear to be uniformly of excellent maintenance. Preliminary analysis indicate that the chemical composition is slightly atypical of typical IJN historical counterparts.

These encouraging findings, coupled with the consistent identification of a cluster of new, unidentified Japanese fairy aircraft activity in the region, indicates to STEC that a new shipgirl may have appeared. Appropriate channels have been informed of the discovery, and we now request an immediate search for these aircraft in the hopes that they will link us to their shipgirl.

[A confirmation scan, while energy intensive, is one of MERLIN’s most powerful tools at its disposal. The scanning process is rapid – a “slow” scan is completed on the order of seconds, and provides an immediate identification of the target’s location generally to the order of meters.

The drawback, aside from its intense energy requirements, is that the target in question must be a very well known entity. Even slight degrees of ambiguity can result in hundreds of false positives as a native “quirk” of the MERLIN system. As such, confirmation scans have largely been integrated into STEC’s extensive search, rescue, and recovery systems, and forms a significant component of STEC’s own rapid global response system during the Abyssal War.]

Interestingly, a week earlier, STEC discovered a singular fairy pilot operating an unmarked A7M flying around the region. The fairy carried with it a letter from “Shinano,” who expressed curiosity at the range of activities she sensed and wishes to find out who or what is causing the “pulses” that she was somehow able to detect. After communicating to the fairy the nature of our organization in a letter of our own, we sent the fairy back to Shinano. She returned our message just yesterday, asking for further contact. In particular, she expressed great interest in the world’s affairs today.

As such, atypical of the usual process, this scan is designed explicitly to identify the location of the Japanese shipgirl Shinano (tentatively designated EX due to the prospectively ahistorical aspect of her being). At the time of this authorization, New Jersey is en route to Nagano airport where she is expected to meet with our local NKT representative and establish contact with Shinano.