Or what should really be titled, “cultural shifts & differences in the Pacific world.” 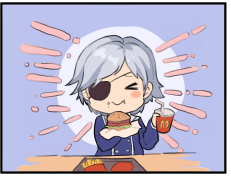 This post is largely a question from an exchange I’ve had with a longterm reader of Pacific. It goes something like this (summarized):

If Pacific is meant to be a work that’s overall “brighter” in the sense that the respective countries are all developing better, just what, in your opinion, happened differently?

In other words, looking at the state of the world today. I’m pretty certain our generation won’t have a better life than our parents. What went wrong in our world, and what went right in Pacific’s?

First, several lines of thought. I can’t really answer what went wrong in our world, because I don’t think there’s a singular event that I can point to.

As for what went “right” in Pacific’s world… I think the world of Pacific tends to deal with a very different set of problems. In our 90s, we were dealing with the aftermaths of the collapse of the Soviet Union and the economic and tech boom. In Pacific’s 90s, I would describe the overall setting as the popular impression of the interwar period of ONLY Europe and the USA. That’s to say, terse, marked by occasional mistrust between great powers, but not quite in conflict and not quite willingly to go into said conflicts.

Where I think things made the most difference is social, and inevitably, this comes to culture. I’ll begin with the most obvious thing on my mind. Family.

Let’s pretend that we’re a STEC historian who stumbled upon U.S. governmental records from an “alternative” world. A cursory look and comparison yields the following:

Okay, we can stop right there. That’s actually a lot of information to extrapolate from what I just told you. Part of what makes this fun for me, at least, is that on occasions, my readers will get an “aha!” moment as they realize just then what it is that I’m trying to communicate.

Take, for instance, the observation that almost everyone in the Pacific timeline probably grew up with both parents playing a significant part in their lives. What might this do for someone, in terms of their upbringing? Would someone growing up feel more supported than if someone who did not?

Or, observe the duration of marriage. That’s nearly three times as long as our own. Is the Pacific timeline sexist? Are there more women stuck in unhappy marriages? IS THIS WHY THREE QUARTERS OF MARRIED WOMEN STAY BEHIND IN THE HOUSE? MORGANE YOU MISOGYNIST!

Well, that’s certainly one way to read it. How I’d read it is actually that people (remember the theme of this post is culture) take family and marriage a lot more seriously, and so, most couples generally go in with the intent to work things out (I have a psych degree in undergrad; you’d be surprised to see how many people don’t do this when it comes to marriage if we look at national statistics) and to stick by their marriage vows.

After all, this would certainly be consistent with point 1 up there, right? Let me give you some more things to think about.

Hmm, this almost seems like wages would be capable of sustaining typical households… Especially that last part about vacancies.

We’ll talk about the alternative developments of the economy in some other post, because I do want to draw things back to the topic of culture. I thought a lot about what kind of a world I want to create when I first started to do Pacific. In one word? Americana.

That “Americana” thing might meant a lot of different things to different people. Most of you probably “get” what I’m talking about when I talk about mom and apple pie. For those of you who are from the other side of the ocean, let me just use an example. Those of you who know me well knows that one of my greatest inspirations come from an obscure Japanese series (to the west, at any rate) called Sakura Wars.

For those of you that are familiar with the series, the “Taishou Romance” is very similar to the feeling of “Americana” in which I try to evoke. It’s positive. Things are looking up. Love is in the air. The emphasis is on a sort of “wholesome goodness” that’s, well, to be honest, kind of rare in today’s world.

So, I sat down, and went, okay. What sort of things do I have to subtly influence and alter to have Pacific’s world approach that idealized thing in my head?

My thought process immediately went to people. I asked myself, what would make Joe and Jane happier, more productive, and more likely to self-actualize? I thought about this a fair bit, and decided that probably their personal experiences matter a lot to what kind of a person they become.

How might a person’s experiences be influenced or altered? Again, my thinking is not what school they went to or what jobs they did, but rather, the people that’ll always be with them from the start to finish.

Then I realized, in fact, it’s what makes today’s America so different from the America I’ve heard from my grandfather’s generation.

Before, the average American can count on about three or so people outside of their immediate family that they could confide in. Today (or, rather around 2010 or so – again, it’s something I remembered very clearly in those psych lectures), that number is less than one counting family members.

I hope you’re seeing my thought process about why I thought family is the key here. To me, once it clicked, it all started clicking. Family, after all, has been around since the dawn of civilization. To say it’s the basic building block of society definitely isn’t wrong, whether you’re talking biology or psychology. It’s as instinctual as it is societal.

I would guess that one of the reasons why things are turning “worse” is the collapse of said family values.

Naturally, to turn it around in Pacific’s world, where I have full control over it, something has to be done.

It’s not that the 60s never happened or that the sexual revolution never happened. Again, part of the fun of me creating Pacific is to create things that (at least in my mind) would be plausible in terms of how things worked out. So, in that sense, 40 years in the Pacific-verse has created something that’s quite different from the 90s of today, but to get it to that point, all the changes are minor or incremental.

Here’s an example. Let’s say, in the Pacific timeline, rock and roll developed as it did. You have a band of young people wanting to make it big. Let’s say this is in some American city somewhere. But, the lyrics and the contents are slightly less sexualized, slightly less shocking, slightly less bawdy. Maybe a bit less loud.

Attempts to ban it from being aired? Probably never happened. Maybe the discussion went a lot more respectful in terms of whether or not it really is a disturbance to the town. Maybe the youngsters aren’t all stereotypical rebels trying to stick it to the man. Maybe they love music a bit more than the attention they’d get. Maybe the angry old people are a bit less angry and a bit more accommodating.

Maybe without the strong pushback and attempts at censorship, the allure of this sort of thing is slightly less to your average young person. Maybe the corporations are a little more humane, and continued to strive to make good products first, and make money second. Maybe Hollywood is a little less salacious and a little more “wholesome.” Maybe people are a bit more thoughtful rather than rash. Maybe people are a little more expressive, and a little less hasty to get into the action. Maybe all of the above contributes to typical relationships being more stable.

So on, and so forth. Hope you get the idea, since I’ve always used these things as just ways to dump out the thoughts that go on in my head.

Again, if this is uncontrolled, this would be an amazing set of coincidences. But I’ve been preaching author creative intent since Pacific started. Is it any surprise to see me carefully orchestrating little changes here and there so that the ultimate product turns out the way I like?

After all, I’ve settled on what I want, and what kind of a story I want to tell. Everything else, then, becomes a exploratory journey. An attempt to try to figure out how to make these things plausible.

Here, again, is where considerable author FIAT comes into play. Pacific uses a LOT of historical figures. My background’s in mythology and legends, after all. I strongly believe in the tales of the little people, but the stuff of heroes and legends and the best of the best, that appeals to me first.

(If you’re wondering how I managed to tackle so many subjects at the same time, remember I was a medical student. If I could juggle Pacific in its busiest time along with my hobbies and my work and everything else, is that really so unbelievable? :P)

Leadership matters. It’s why I do take considerable liberties in terms of how things happened. One thing that catches me no end of flak from the right side is the fact that LBJ is wildly successful in the Pacific timeline. That’s already been determined from the start, and it’s based on my own careful reading of a bunch of LBJ bibliographies and thinking about how an impending Abyssal invasion (and a less aggressive USSR) might have altered his personality and his decisionmaking process.

… Sorry, this is really a roundabout way of me saying: “In order for Pacific to have that sort of cultural change that’s desired I must also be subtly or in some cases, dramatically altering policies to match. In order for those policies to make sense or to have a durable effect, I must consider the effects of the US government. In order to consider the effects of the US government I must have it execute its plans with reasonable temporal durability. In order for something to be temporarily durable, the US need to RNG (which, since I’m basically playing God I can help) itself into largely decent outcomes over a span of at least a few presidencies.

I’ve been working heavily on the Truman and Eisenhower administrations and now have a good idea of how things turn out. I harbor strong personal dislikes (just an opinion!) for JFK, and so in order to get things to work out, I either have to replace LBJ or to seriously consider how LBJ might have succeeded. Right now my plan is to stick as closely to history as possible because it’s both interesting and potentially informative so LBJ stays.”

That’s about a nanosecond’s worth of thoughts that go through my head.

Now imagine this sort of thinking going on CONSTANTLY on EVERY SINGLE TOPIC involving Pacific, ranging from the mundane (how popular is Hershey’s chocolate with the general American public) to the exotic (how might alternative forms of entertainment develop, and what sort to compete with Hollywood) to the significant (how does the US resolve the U-2 fiasco if I am to maintain the Cold war theme) to the unusual (how much sex should I have the average couple be having to have this be a contributing factor to a satisfying marriage).

It’s why I don’t post very frequently, but when I do, it’s something that I’m happy with. After all, we still haven’t retconned anything over four years, and I’d like to keep it that way.