Hi everyone! It’s Tautog. I’m back.

-ahem- Yeah this is another one over food.

… I’m sorry, but like, food is super important. Also I totally didn’t just make this and is definitely not feeling good at having recreated something again. 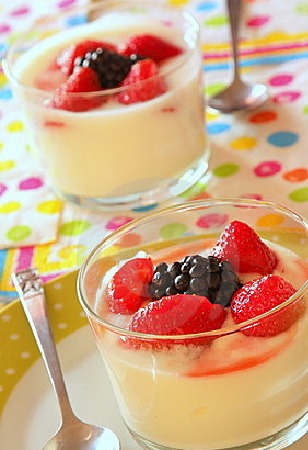 Okay! So. First things first. You take a look and say, oh, hey, Tautog, that looks like pudding. In fact, they look like the fifty cent a carton ones you can get in bulk at like, Costco or Sam’s Club.

You’re right! The thing is, pudding itself is one of those recipes that was much beloved. So much so, like corned beef or turtle soup, that people thought it would be a great idea to try to make it instant. The rest is history as you’re aware. The mass produced version takes over, and that’s what people knows today.

Grumbles As an aside, Trout’s got good hand made macaroni and all but I still like the stuff that came out of boxes…

Anyways. Pudding. Pudding to a WW2 submariner had a special meaning. You see, submarines during those times didn’t really have ice cream machines – only freezers to store what was already made, and there’s no way to really regenerate it underway like the big ships could.

(Ice cream, you’ll recall, was a favorite of every sailor, and we already talked in an earlier issue about how pilots would make ice creams (okay, technically frozen custard) by putting buckets of ingredients beneath their wings). What this meant for the submariner was that the pudding, along with the cake, became the mainstay dessert item. Making a good pudding was crucial, not only because it tasted good, but also because it was a really handy way to soak up leftovers.

We’re not talking about the bread variant today, though. We’re keeping things simple with this one. For now, we’re defining pudding as a sort of sweet, milk-based dessert item. I’m going to show you the historical inspiration for my recipe, and then I’ll tell you about how we put it together in the sub.

This recipe came out of a book called “The Lady’s Receipt-Book; A Useful Companion For Large Or Small Families.” It’s a cookbook (one of its first kind!) from 1850. Yup, almost two hundred years ago. The “lady” in question is really, really, good, too. She put a lot of details in.

Rub off on lumps of loaf sugar the yellow rind of one large lemon, or two small ones.

Then crush that sugar, and add more to it until you have four heaped table-spoonfuls.

Beat to a stiff froth the whites only of four eggs.

Then gradually add sugar (a little at a time) to the beaten white of the egg.

Have ready in a pan, a pint of cream of rich unskimmed milk.

Stir into it by degreesthe mixture of eggs and sugar, alternative with four heaps of sugar and four ounces of sifted flour.

When the whole is mixed, stir it long and hard, and then transfer it to a deep dish, the insides of which must be slightly buttered.

Bake it from half an hour to three quarters of an hour, and sift powdered sugar over the top.

Send it to the table warm, with a sauce of equal quantities of fresh butter and powdered white sugar stirred together to a light cream, and flavored with lemon-juice and grated nutmeg.

A quart of whole milk.

A cup of flour.
A cup of sugar.
About a quarter of a teaspoon (small!) of salt.
About half a cup of whole milk (again)

Okay. So, this one’s not going to be hard. The total cooking time comes out to be about an hour, though.

During this time, mix the flour, sugar, salt, and milk together. Crack the eggs and beat that in a separate bowl. The flour-sugar-milk thing should be a sort of paste. You want to slowly stir it into the hot milk. It’s important to keep on stirring, and you want to do this for about ten minutes.

About ten minutes later, you want to stir in the eggs, too. Cook it for about five minutes and then turn off the heat. This is where you add vanilla, mix it up, pour it into individual serving bowls, and let it sit for for about twenty minutes.

(It makes about six servings, or enough to feed one Tambor)

The good thing about pudding is that it can go with pretty much anything.  It’s a very delicious and versatile recipe, with the only weakness being that fresh milk is absolutely necessary. You can try this with condensed milk, maybe, but I’m just going to warn you, it’ll taste different.

Anyways. You’ve got some leftover bread? Great. Pour it over bread and add some sprinkles to it. You have fruit? Cut it up and use it as topping. Sometimes simple really is best.

See you next time!