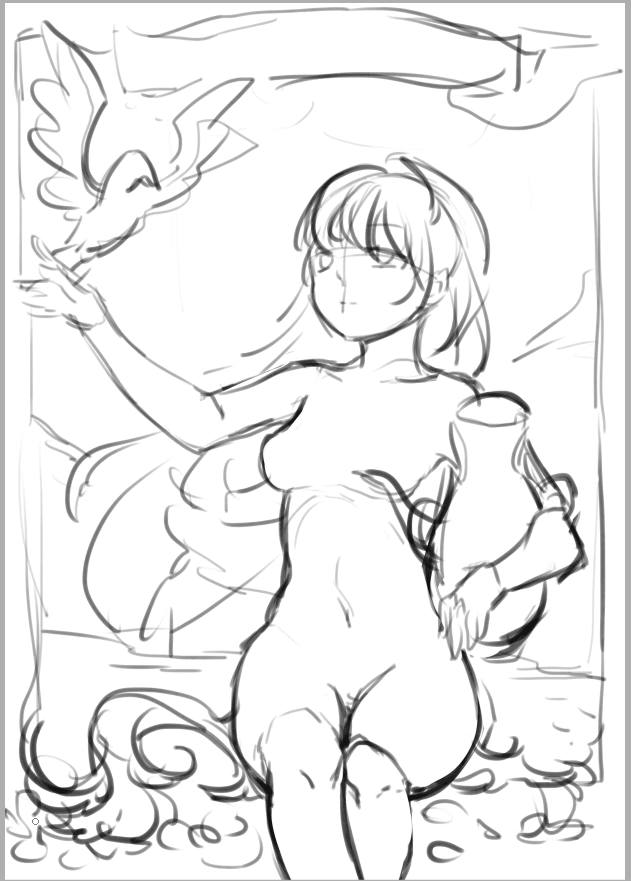 Zero & co’s still at Shanghai’s convention. I’m still pretty sick. However, this is me we’re talking about, after all, and I hate to just lie down in bed and rest (even though I kind of have to these days).

So, in cases like today, where I’m feeling a bit better to write, I thought it’d be nice to put something on the site.

As I’ve said before, part of Pacific’s focus is that we’re into Americana. The creation of American shipgirls all tie into the various other things that we tend to put out. There’s stuff that’s historical (like the submarine stuff with Silent Service), but at the same time, we’re always interested in getting more people interested. While this might make Tautog sad, there’s a lot less people interested in submarines compared to say, food.

This is why we’re actually mildly surprised by the reception of the Navy Foods books. I mean, to be perfectly honest, military cuisine isn’t something I’d eat on a regular basis. They really are hardy dishes meant for people engaged in heavy physical activity (such as military service). But, when I dig a bit more into the history of the various dishes themselves, I realize this stuff is a lot more interesting than I had thought before.

So, before I know it, we’re several dozen recipes in. The cover art of these books tend to be great practice for St. Bernard and it also gives us a chance to showcase our girls in a different setting.

For this volume, we picked Helena. One major note about American recipes is that many of our indigenous recipes tend to be fairly simple. Much of American cuisine has its origins during the frontier expansions, and there’s a real sense of eating what you can find around you.

So, she thought for a bit and asked me for reference images for the type of silverware and containers we’d expect to see in these small towns. I showed her a bunch of stuff appropriate from the period, and showed her examples of some dishes (contemporary and historical).

The result was that she thought it would be a good idea to create a sketch themed around natural wonders. Woodland critters. Raw foods. That sort of thing. 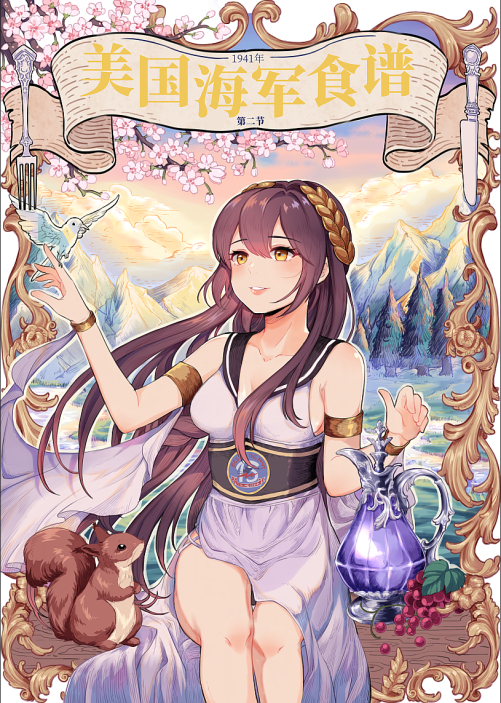 In short, something very pretty, like the above picture. Zero’ll probably have a bigger cover up soon enough, since this particular volume’s out pretty soon. Meanwhile, I thought it’d be nice for you guys to see how it’s turning out.

Once it’s out we’ll probably have a special segment on Helena out on the site, too. So, hope you guys are all having a good time! I’m going back to bed. 🙂