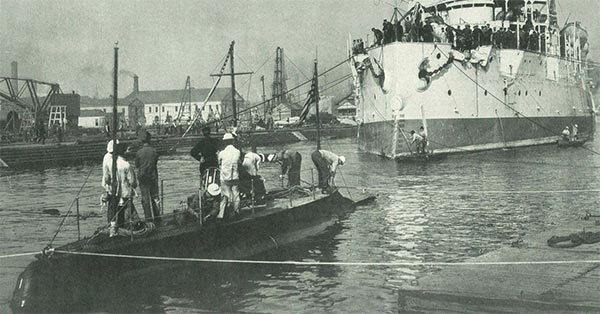 …Okay! Wow, I’m not used to the new site layout at all. New buttons, new features, new everything. And everything’s in Chinese. I can’t read Chinese!

Anyways! Hi everyone! Since 2018 is coming up, I thought I’d talk a little bit about our upcoming plans for Pacific. As you can see, the site is going through some pretty big upgrades. We’re all still learning the ropes so it’ll be a bit before we get everything together.

… Yeah, it’s Christmas, I know! Morgane said to take a break too! But, I like to find stuff to do. In an out of universe comment (well, let’s face it, half of these are out of universe anyways!) if there’s nothing for me to do, I’m gonna go find some stuff to do. Generally, that involves reading a book.

I also like having my own space where I can talk about stuff I learned from my books.

So, I guess what I’m trying to say is that in addition to the Pacific and shipgirl-related stuff, I’ve decided that in the new year I’m going to start writing more about Naval History in general. I’ll get help, of course. There will be others who’ll know a lot more about specific things than I do, but I think it’ll be a fun time for all of us involved. Who knows! We all might learn something new. It’s as much of an experience for me as I figure out how to condense what I’ve just learned and communicate it to everyone!

… Alright, time to move onto the topic at hand!

Tautog! (Waw, I think this is kinda weird writing to a fictional character but here goes!)

There’s plenty of stuff out there on the modern American navy and the US navy on World War II, but I wanna know: what happened before that? How strong was the American navy before World War I?

This is a good question, and one that I don’t think I can really answer in a sub-corner sized piece. But I’ll give it a good shot.

First of all, I think we should probably start to around the 1870s. The Merrimac and Monitor brought one of the first examples of the Ironclad warship into history, but the one word answer to your question was that the USN at the time was pretty weak relative to the other great powers of the world.

By pretty weak, I mean, very very weak. Pretty much any great power’s navy could have beaten us around this time. The Navy focused on exploration around this time, and if you’re interested, there’s plenty of stuff to read. This is when we sent men to explore all over the world, but most prominently the north pole.

The navy, however, was in bad shape, and it wasn’t until the Garfield presidency (yes, the guy who died very early on in office) that we finally realized that the navy could not stand up to any challenge at all. A couple of big pieces of legislation passed through Congress and resulted in some fundamental changes in our navy. The start, I’d say, is the Naval Appropriations Act of 1883.

This one only had funding to build four ships to start, but they did something very important for the country as a whole. The ships were to be build out of steel.

What’s more, other legislative efforts went ahead and basically stopped any repairs of naval ships if the repairs were going to cost more than 20% of a new ship of equal displacement. If it went over, that ship was going to be retired and replacements were going to be built.

Instantly, dozens of old wooden warships were retired. This legislation not only gave us a much needed boost to our naval capacity, but it created a massive demand for steel. One historical view, hindsight being 20/20 and all, was that this was the beginning of the American steel industry. The US government kick-started an entire manufacturing sector because at the time there was no plant in the country that could generate the quality of steel you’d need for warships.

Thus, four new ships were built. These were affectionately known as the “ABCDs,” or the Atlanta, Boston, Chicago, and Dolphin. 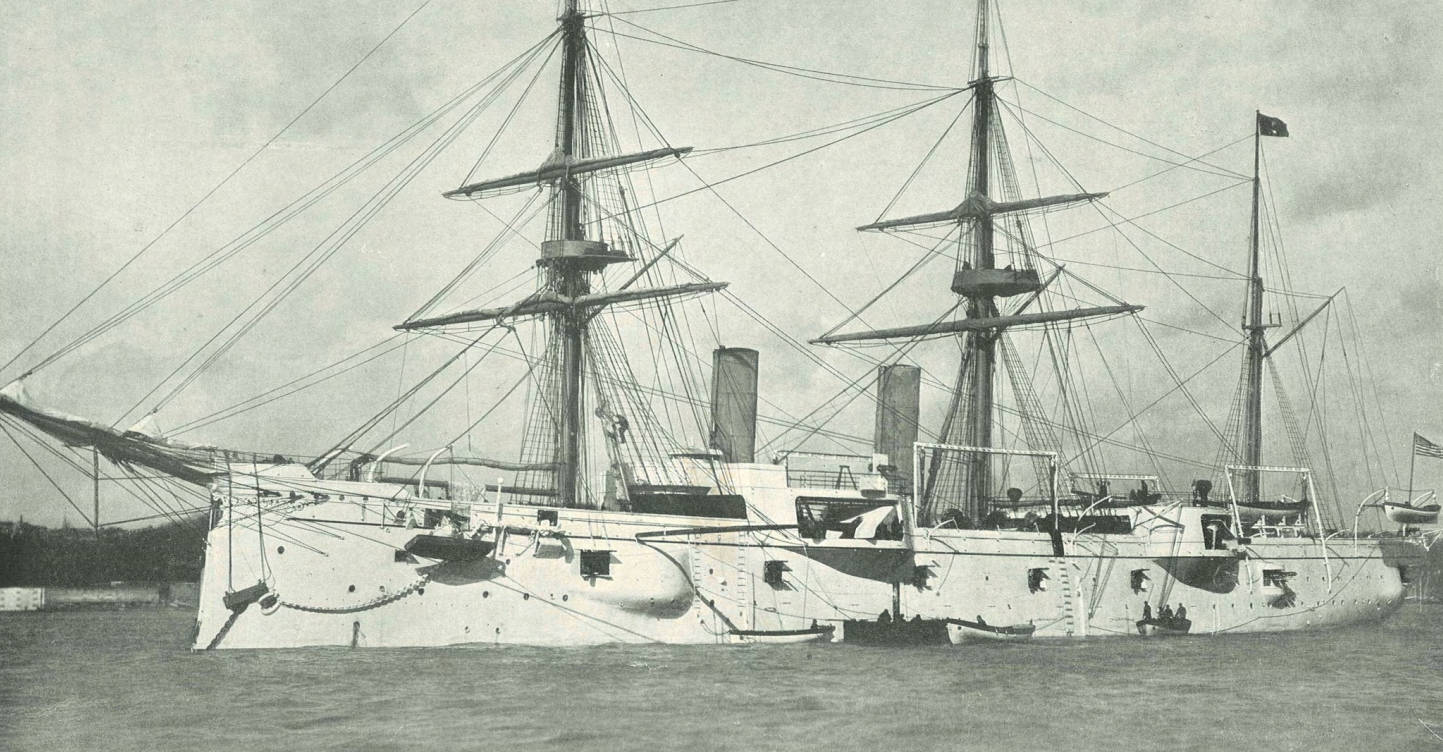 Here’s all four together. Collectively, they were known as the “White Squadron” due to the color of their paint. 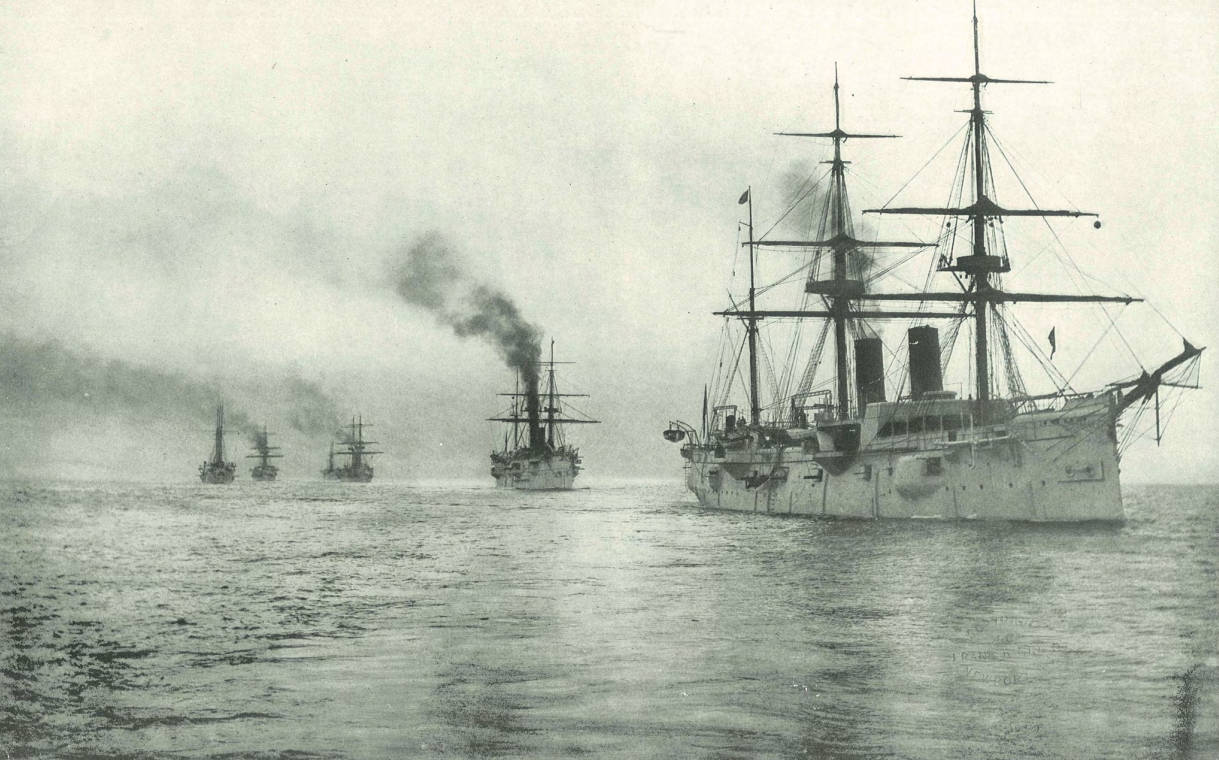 Thus, we started to build up fairly massively. In 1886 we completely built four more monitors (to put things into perspective, we’ve been building these things for fifteen years!) and started to look at the bigger ships. We built our first battleship, the Texas, in 1888 –

I know what you’re thinking. It’s actually not BB 35. This one was a dreadnought type and looked very different. Here’s what she looked like.

The Texas, along with the Maine in 1889, were the beginning of the “modern” pre-World War I USN. Sure, they were kinda small clocking in at less than 7000 tons each, but they were reflective of the rapidly evolving times. 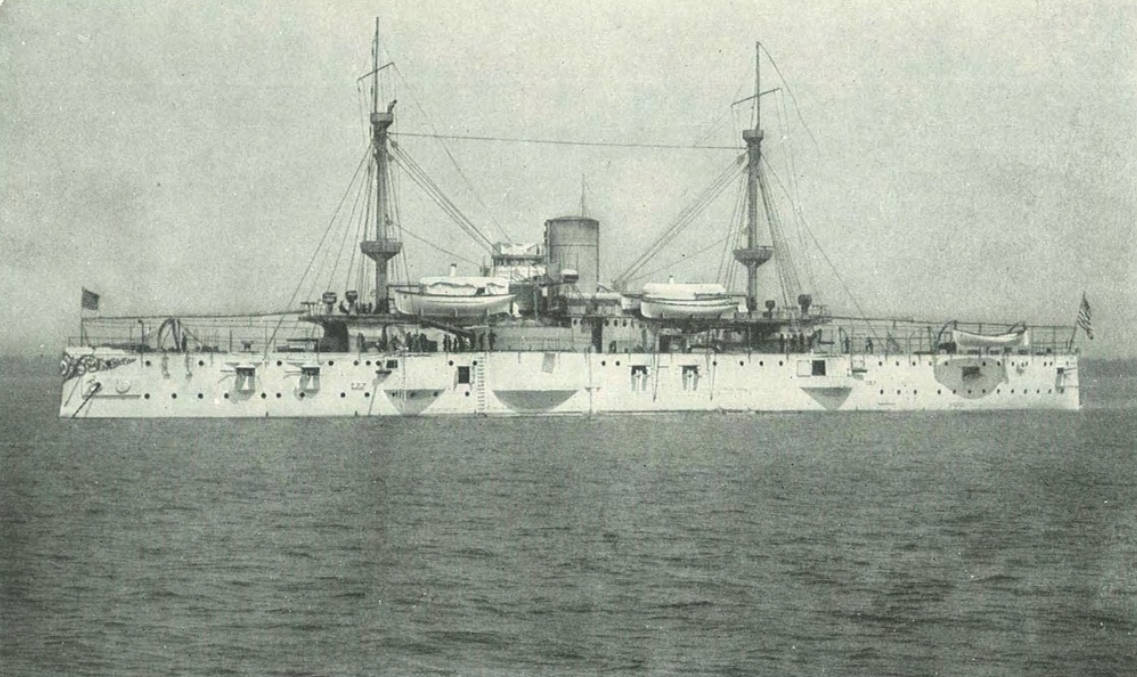 The US was building new ships left and right, and the investments in manufacturing is rapidly paying off. America was now churning out her own arms and armor at record speed. Our steel became higher quality. We were able to produce our own guns, torpedoes (naval mines), gunpowder, AP shells, small arms, you name it.

At this point, in 1898, the Queen of the High Seas was the British Empire, of course, but we were considered to be a formidable naval power. We had pretty good cruisers, and our battleships could probably take on the Royal Navy ones and at least have a good fighting chance. 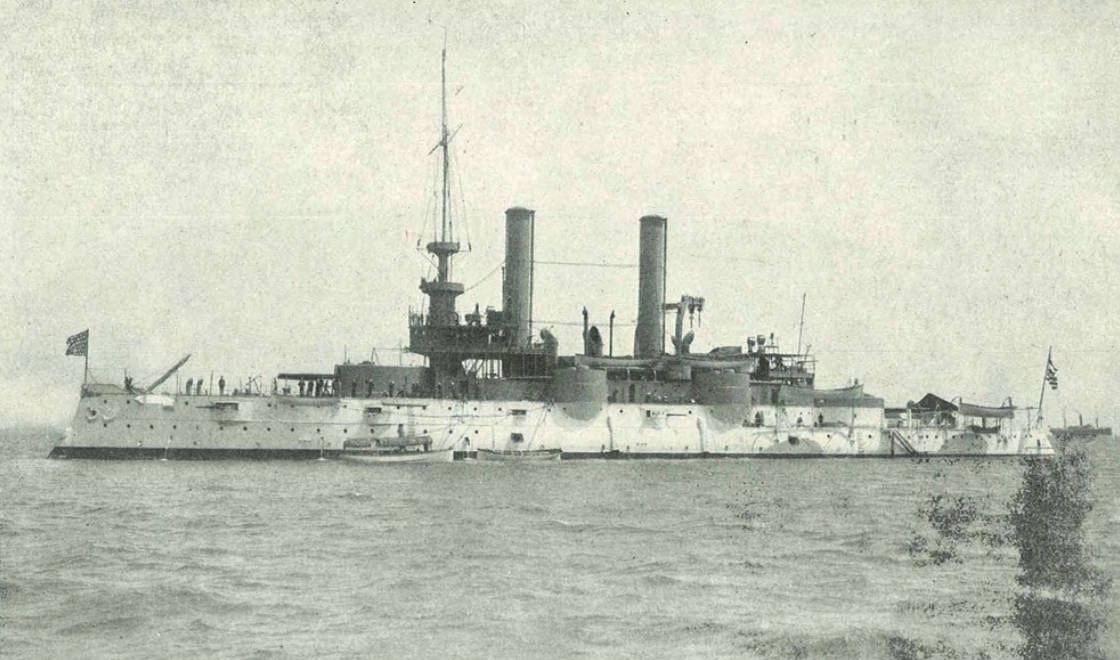 (Here’s the Iowa! The original Iowa. Looks nothing like the one you know, right?)

Still, nobody took us seriously at first. Then the Spanish blew up the Maine and the Spanish-American War happened. This deserves an entire section of its own, but the short version of it is that we won against a much larger in size (but considerably less modern) Spanish fleet.

By won, I mean, we lost one cargo ship and 16 men, one damaged cruiser. Spain lost eleven cruisers, two destroyers, and six other small ships.

So, I’d say, by the turn of the century? We were well on our way to becoming one of the greatest naval powers the world has ever seen.

Here’s a picture of the USS Holland. It’s our first submarine.