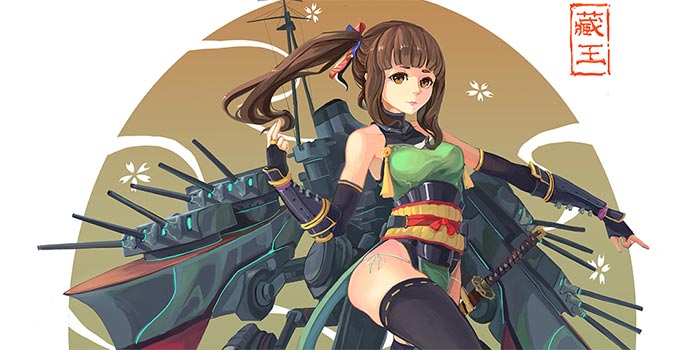 Or what should probably be titled: design process of paper shipgirls. I’ve been pretty busy, so this’ll be split into multiple parts. 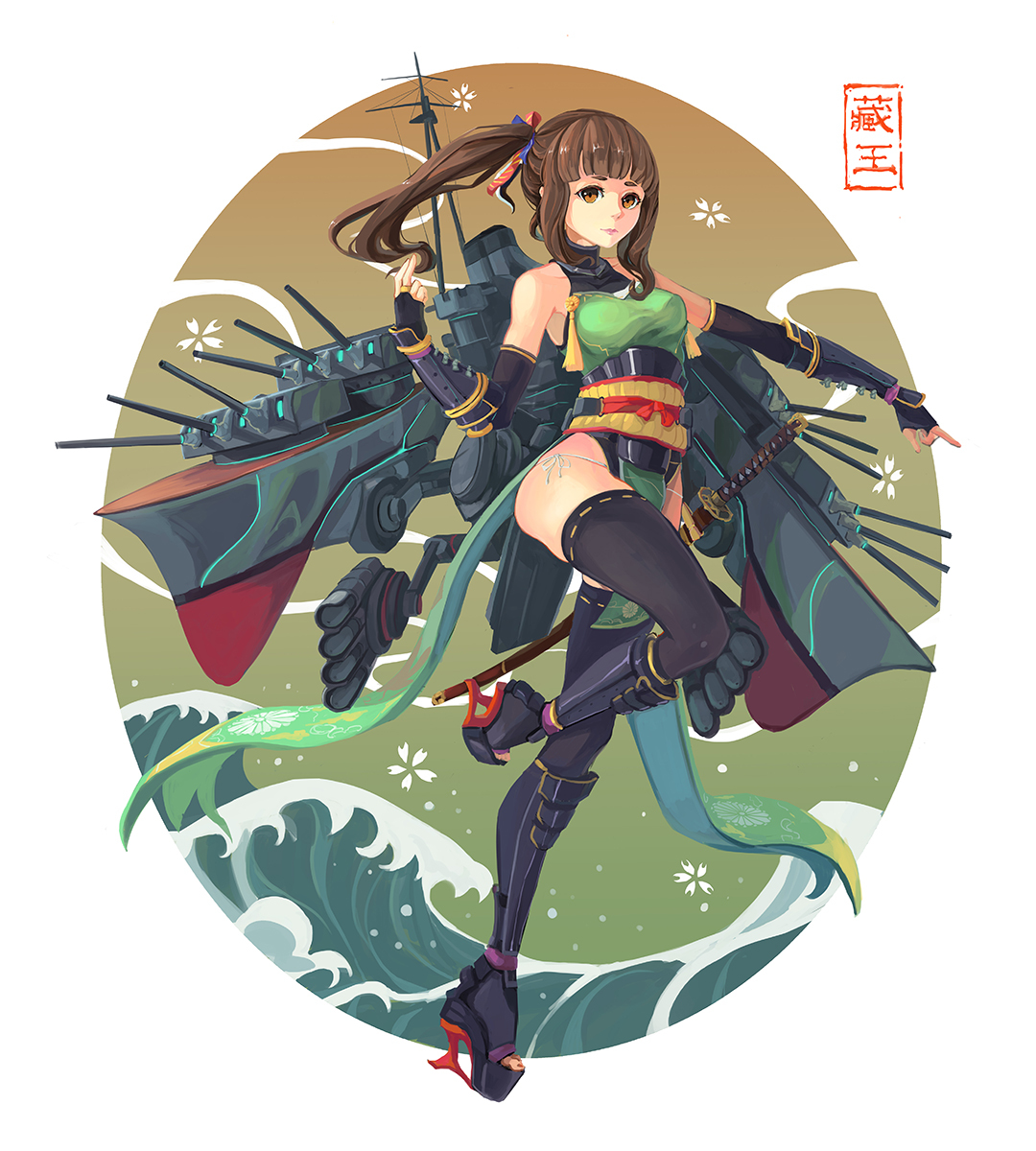 One of Sima’s first shipgirl designs came out about a year and a half ago. She happens to be Zao. How did she come about?

Well, what I can tell you is that it’s only partly due to WOWS. Just like how November decided to embark on Pacific because he couldn’t LSC Taihou after 19 tries, Sima was actually kind of interested in designing his own shipgirls. At the time, we had him working on Pacific’s Abyssals. However, one day, the conversation went something like this.

“Can I draw cute girls too? I’m tired of drawing sea monsters~”

So, I basically sent Sune off to the archives to look for designs. It turns out that the design had some basis in reality, but the actual source of WOWS came out of a magazine in the 1980s in Japan where the creator explicitly stated that it is based on his personal conjecture. As such, her equipment was actually the easiest part to settle on. We’ll simple take WOWS’ turret layout and her assorted elements.

Now, the harder part is actually solidifying the shipgirl design. Zao’s creation has a purpose. If you think of Pacific’s story as taking form in arcs, she’s actually the centerpiece in what we tentatively called the Penglai Islands storyline. Set sometime after the main (ordinary human) cast has assembled, it’s a short arc dealing mostly with the Sino-Japanese dispute of a magical island that’s suddenly sprung up in the middle of the Eastern China Sea.

As the first character of this particular arc, it’s also meant to introduce China into Pacific’s storyline. Now, given the unique situation that we were in, the storyline was more or less on hold (you can look at the calendar or go check out the news to think about what’s happened. Our printers being shenanigan’d also has something to do with it). However, now that things are looking up, it’s a tale that we’re interested in starting up again.

Thematically, we wanted to make sure we have the option of connecting her to our own Yamato alternative designs. We also wanted to make her sexy. We’ve got two women on the team, and while I’m completely fine with many forms of fanservice (I have 0 problems with handsome half-naked shipmen so why would I have problems with attractive shipgirls?) Sune is infinitely, infinitely more uh… to put it into her words, “Japanese” when it comes to things.

Basically, as she describes it herself, her job is to minimize the amount of clothing our designs end up with or maximize our characters’ sex appeal. I, along with more conservative elements of the team, tends to serve as a direct counterbalance.

That being said, I actually think this is completely fine. First of, if you think about it, shipgirls are basically traveling on water. Until STEC figures out a way to waterproof their clothing, it’s going to get awfully uncomfortable fast if you’re wearing pants. It’s why we have a running joke that shipgirls don’t have pants in Pacific for a different reason (though the trend was broken by New York almost a year later) than that one particular mecha girl show.

You’ll notice too that Zao’s colors are a bit off than what we would normally expect. That’s because Sune pulled out historical colors found in traditional Japanese art. Since Pacific shipgirls are symbolic of a particular nation and culture, it’s natural that we would take cues from what’s out there. Every color you find in Zao’s art (even in the original version, made more pronounced in the revised art which Sima will probably post later) comes from that.

The little knee and arm guards are decorative in nature. Same with the torii-gate inspired gata-like heels. The default shipgirl clothing in Pacific are more or less magical in nature. There is no actual defensive property associated with them beyond the typical shielding a shipgirl gets (though some shipgirls can and will get creative by focusing energy into different parts) and fairy-associated powers that tends to be shipgirl specific.

Put it all together, and she looks kind of ninja-ish, right? Well, that’s what we would go for. WOWS meta on the Chinese servers aside, we want to pick visual elements that make it immediately clear to the reader that this is a ________. Ninja or kimono or hikimayu are all visual elements that should immediately be discernible as something visually “Japanese.”

After all, given what we designed her for initially, it’s what we would want. Now, Zao does indeed earn much more of screen time than what we might expect. But that tends to happen with pretty much every shipgirl we work on.