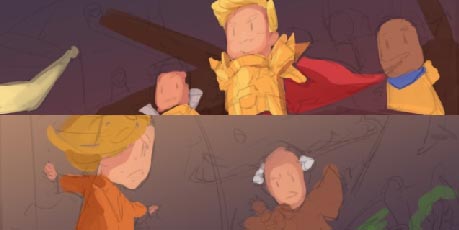 Our site has been experiencing frequent outages in the last couple of days. So, instead of getting posts out regularly, we’ll try to figure out what’s wrong.

Since I haven’t actually posted mail calls in a while (I still on average a couple of questions from long to semi-long term readers at day in my inbox…), and today’s the election day’s anniversary, I figure I’ll probably answer some of the more loaded questions that I’ve gotten, just so you know where I stand.

As usual, these questions tend to represent how I think as a person. It does not in any way reflect upon the team’s viewpoints at large. In 2017 we’re still very diverse on every axis – a bit like the actual world of Pacific, heh.

Generally they tend to address some of our more partisan reader’s queries. Since it doesn’t fall under the typical Pacific design notes, it goes under mail call instead.

Why haven’t you made any more 2016-related posts? 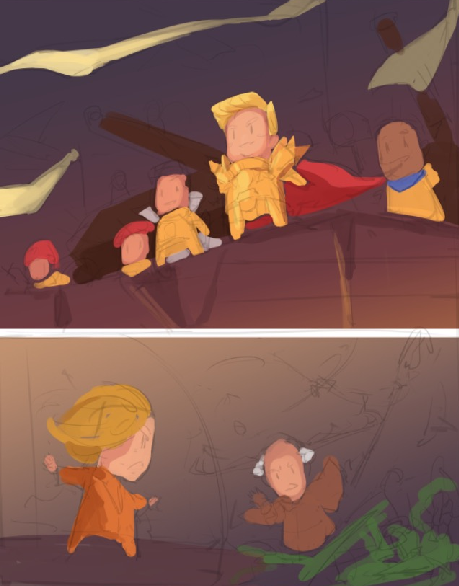 I have. Just not here. Don’t think I’ve been sitting still in real life or in the virtual space. The internet offers a degree of anonymity that is tremendously valuable. It allows people to be judged solely on the merits of the argument.

Though, of course, some of our dual-language readers know exactly where to find me. However, that’s beside the point. 😉

Part of this is because there’s not much that needs to be said. I’m a Trump supporter. Still is. If anything I’ve only became more appreciative of how corrupt our government is. That alone is enough to get me banned on some parts of the internet and ostracized or worse at work. The woman card only goes so far as a saving throw, you know.

While politics and the ethical values that lies underneath play a big part in our daily lives, it’s really not quite the central piece of what we’re about. We’re really more on the “do” rather than “preach” side.

Part of this is because I work in a specific way. One year later after the election, I still read the assorted ultra-liberal press for my daily dose of news. The bias is becoming increasingly self-evident, and I believe – given that we are a democracy – that in the end we deserve the country that we get.

I’ve attached the original footage in gif form. Look at it and decide for yourself if he’s really so dumb as he can’t feed fish.

See. This is how I believe things should be done. You get the evidence for what it is. Obviously there will be biases and perspectives, but so long as you’re aware of the rationale and reasoning behind it, I believe you are more than capable of examining the evidence.

In other words, I am inherently wary of anyone telling you exactly what, when, and how to think. With graduation on the horizon, I don’t need that MD next to my name to tell you that it is far more effective for someone to reach a conclusion on their own based on what evidence is present. After all, we shouldn’t just walk up to a patient and tell them BECAUSE OF MY AUTHORITY you should believe in this diagnosis. Rather, the better way to do things is to explain, in as simple terms as possible, why the diagnosis occurs. Our credentials play a big part of it, sure. It’s what we’ve earned. However, the credentials come with an actual set of skills. To put it another way. I’m a doctor because I learned a set of skills in medical school. If need be, I can prove my credentials in a case of emergency. I am therefore a doctor not because of the letters by themselves, but the letters symbolize a set of things that I am qualified to do.

Here’s the kicker. I think pretty much anyone can do the things we do, so long as they’re willing to put time and effort into it. If even something as complex as medicine can be accomplished, I think the ballpark for journalists (just as an example) is even lower.

Does the journalist report the whole truth? That’s easy to find out. Head to your red and your blue sites and figure out which bits ended up getting omitted. If you can’t see it and decide for yourself (and I’ve also had this asked as a curious question – mostly from our East Asian readers), consider this.

What politics ultimately boils down to is a set of values. Anyone has the ability to formulate those. People just have to be asking themselves a lot of questions. Good ones to ask would be: who is he/she getting paid by? What is his/her personal opinion on a number of simple to measure yardstick issues? Given the culture of each publication, what is the overall atmosphere/tone of the publication? The Federalist is pretty different from say, FOX. CNN is pretty different from say, Bloomberg.

I follow contemporary events and politics because it’s my duty as an American citizen to be in the know. I think it was a great privilege to be able to document the election last year – you’ve got the entire 2016 timeline that Zero’s organized to see how I’ve reached where I am today.

But that’s me. That’s who I am. I’m not asking you to become me. Not asking you to have the same conclusions as me. I’m not going to go out of my way to make any further arguments on behalf of my “side.” I merely seek for my readers to understand what my “side” is.

I don’t need you to hear my “side” or my arguments from Morgane. The argument itself is sufficient and you can hear that from anyone.

Look at the strength of the argument and the quality of the argument, not the person. The truth speaks for itself. The messenger in this case doesn’t matter.

I hate internet celebritism with a passion you probably won’t believe. I hate the cults of personalities that inevitably springs up, and I hate how – in matters of things pertaining to moral or ethical value – people invoke personal authority or charisma. This personal attitude is actually reflected in how I do things.

Ever wonder why I don’t show my face on the internet? Why I don’t jump onto the e-celebrity “political commentary” bandwagon?

I play a ton of RTS and other grand strategy type games. You don’t think there’s a market for some kinda “gamer gurl” streaming type thing in Asia, which is a big part of our audience, much less the US here?

Why don’t I monetize Pacific and (in our perspective) beg for donations at every turn?

Because I want people to listen to my words, and not listen because I’m another generic pretty face.

Because that’s not how I do things. We, as a whole, believe in hard work and set out to prove it. These are things I work on out of love. We aren’t averse to monetary compensation, but if that’s what we’re after we’d have shuttered down and sold our stuff to the wandering Mobo gaming companies years ago.

Because I’m not after personal fame or internet points. Enterprise-chan is basically a bot that automatically mirrors our site updates. She occasionally tweets random cute stuff but that’s it. I value personal interactions where there could be meaningful interaction.

Because I want people to think for themselves. I still do, even in the current year. *laugh*

Lastly, it’s because of how we run things. I’ve said it before. The way we run things is really more like a really big house party. The site’s our house. The readers are our house guests. The contents you get – articles, art, etc – is our hospitality. Some days it’s a feast. Some days it’s what I scrounge up in the kitchen.

All of it is what we made. The art’s homegrown. The words are coming from straight from the heart. The books are assembly locally (I mean, a lot of the team are Chinese nations) and made with local ingredients.

We’re pretty comfy in terms of how we do things. Sure, the house is undergoing renovations and clean-ups right now, but if we’re happy with what we’re doing, why would we do things differently?

When I feel like I need to make a particularly pertinent point politically, I’ll do so. I’ll do it with personal honesty and rigor. Otherwise, just sit back and enjoy the ride. 🙂