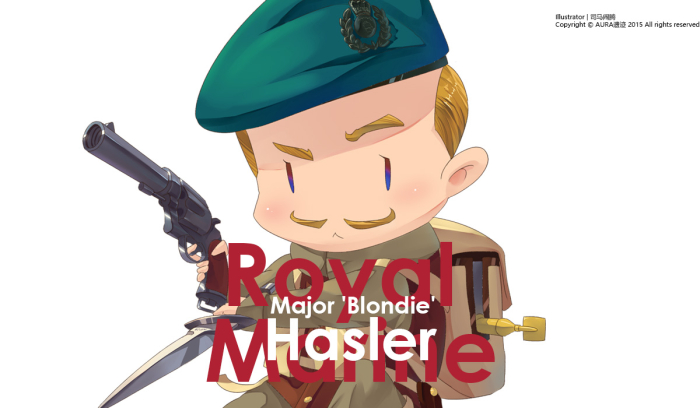 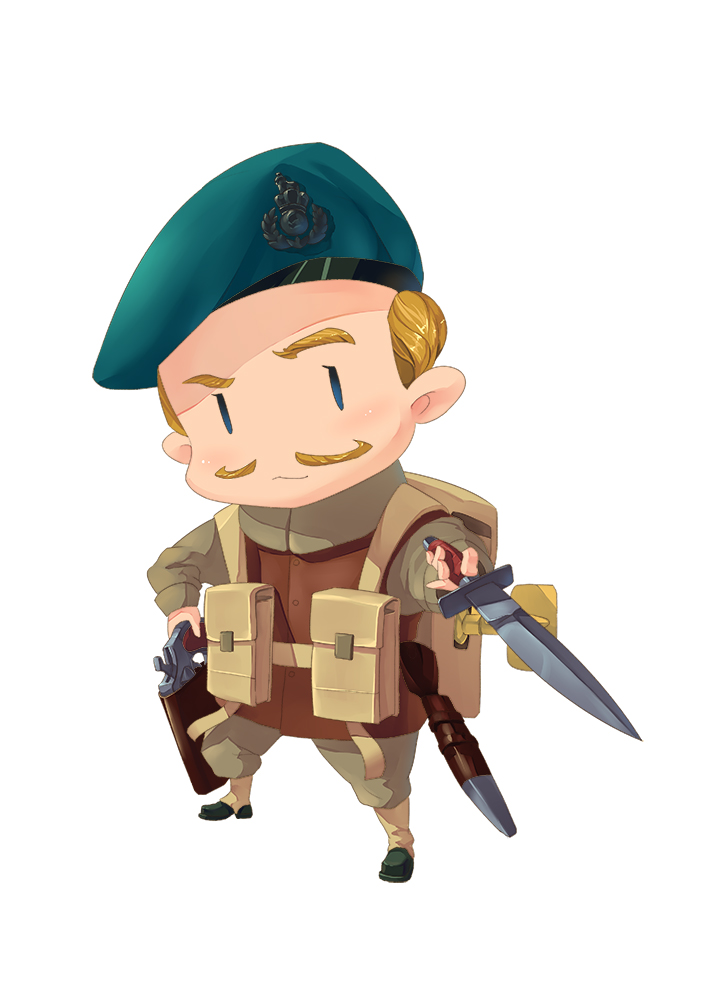 “You do realise that if you join my unit, your chances of a long life are very remote.”

Herbert George “Blondie” Hasler (27 February 1914 – 5 May 1987) was a distinguished Royal Marines officer and one of the most extraordinary special forces commandos of the Second World War. Hasler was an unconventional thinker who devised innovative ways to deal with problems. As a leader he was a person who inspired by example, never asking his men to do something he did not do himself.

In December 1942, the Royal Navy Submarine HMS Tuna carried Hasler and his small commando unit to the coast of occupied France for Operation Frankton. In arguably his most famous raid, their mission was to navigate the most heavily defended estuary in Europe to reach Bordeaux harbour in order to sabotage enemy shipping and strike a blow against the enemy war effort. Hasler – a Major at the time – personally led the team on their daring raid, which had to evade the might of the German military and cross 70 miles from the Atlantic to Bordeaux. On December 11th, the Royal Marines were able to set off many limpet mines right under Hitler’s nose, shattering the German’s own perception of invincibility and – by estimates of Prime Minister Churchill – shortened the war by up to six months.

Though Hasler and his second would be the only ones from the original ten commandos who would return home safely, the forward-thinking Hasler and his expertise was instrumental in the planning of one of the greatest amphibious landings in history: D-Day. He was also responsible for many of the concepts which would ultimately lead to the post-war formation of the SBS (Special Boat Service), Britain’s elite naval special forces In Pacific. Finally he would retire from the armed force with the rank of Lieutenant Colonel and end his days indulging in his love of sailing.

As a fairy with RN-STEC, Hasler is in command of the special forces fairies and spends much of his time training or preparing his troops for secret commando missions against the Abyssal fleet These elite units would see significant action around the world – much like the British special forces of our own timeline – in the coming days Hasler is also fond of HMS Tuna and accompanies her a lot. As they are largely seen as a team, Tuna and Hasler are often the commander’s first choice combination for deep infiltration missions . Whenever not on duty, Hasler can be usually be found canoeing.

Not long ago I was looking through a list of British submarines searching for future candidates to fill a possible Royal Navy ship girls cast. One submarine which stood out was HMS Tuna, at first mostly because she had a funny name. This T-class submarine however also had a respectable and active career fighting the war from beginning to end, and most interestingly to me carried Royal Marine commandos.

Remembering that Sima had been wanting to draw Royal Marines, and that Morgane had asked before about submarines carrying special forces I researched further and found the amazing tale of ‘Operation Frankton’. It was truly an inspiring tale of bravery, self-sacrifice, and triumph against all the odds, sure to bring manly tears to one’s eyes.

That operation was largely possible and successful due to the effort of one extraordinary individual: Herbet ‘Blondie’ Hasler. I felt that he and his story deserved to be in Pacific as part of our universe. Thus steps for his inclusion were taken promptly in a manner which perhaps he would approve of. Thanks to the efforts of everyone on the team this has been made so.

I do want to thank everyone – Morgane and Sir Fong and everyone else from the team. The challenge in drawing fairies, as always, is how to draw them so that they resemble historical characters Because you can not change the cute tiny eyes of the fairies too much, you can only change their appearances via eyebrows, mouth, and expressions.

One of the things I’m super happy about is that our Pacific fairies all have a real interesting story behind them. Even though most of us have never heard of them before, the stories are really so very interesting.

(Plus, I really like the cute little guys I wonder how surprised (or scared) Eugen and Bisko would be when the Royal Navy girls bring Hasler – and his royal marine commandos – out onto the negotiation table)