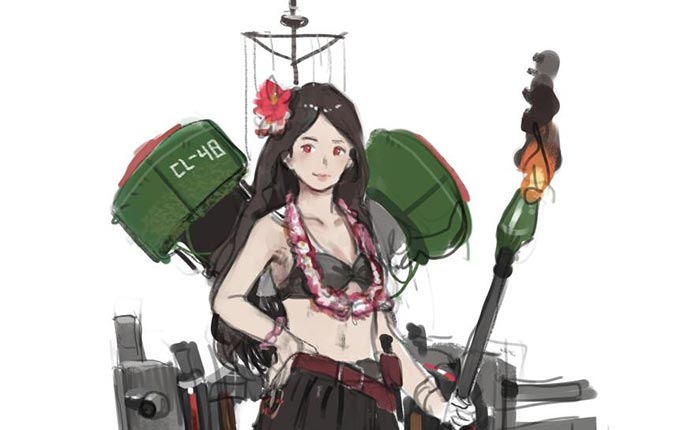 This should be titled “Consistency and shipgirl design with Edsall as an example” but I think it’d have been too long for the title.

Alright. Today’s Mail Call is less Mail Call and more directed at a particular type of question that I often get. That, and I just felt like writing on this particular topic today.

“How sister-like are sister ships?”

This question, while broad, is going be answered in my typical wishy-washy fashion. That’s to say, it depends.

Let’s go with the abstract first. The personality stuff. In general, what I’ve noticed is that only KanColle (out of all the shipgirl works – it’s been three to four years, after all) really emphasizes (consistently) the sisterly bond between pairs of characters. Good examples that I can think of are the Kongous, the Fusous, Ise-Hyuuga (remodel when?), Shokaku-Zuikaku, and basically most of the DDs. This makes sense from KC’s design, since we see from official 4komas and assorted “official” works that most authors choose to emphasize the familial nature in their particular anthro-moe designs. KC’s shipgirls are still ships on a fundamental level. The wacky hi-jinks like approximate mass and height are meant (in my reading, at least) to be subtle reminders of this particular nature.

Pacific goes about this in a very different direction. In general, I would say that we have thematic consistency across categories of characters. The fundamental basis of which is, well, a 50-50 balance between personal (i.e. how well we think the shipgirls would get along with each other due to their designed personalities) and historical (i.e. how much connection would there be between the historical ships) inspirations.

Part of this is because we currently have no plans to illustrate out all thousand-something U.S. destroyers. Would make Pacific a very interesting work, I think.

Let me give you some examples of the types of relationships you can see already embedded in the Pacific character books. Edsall and Langley talk to each other. STEC remarks that the two get along well. 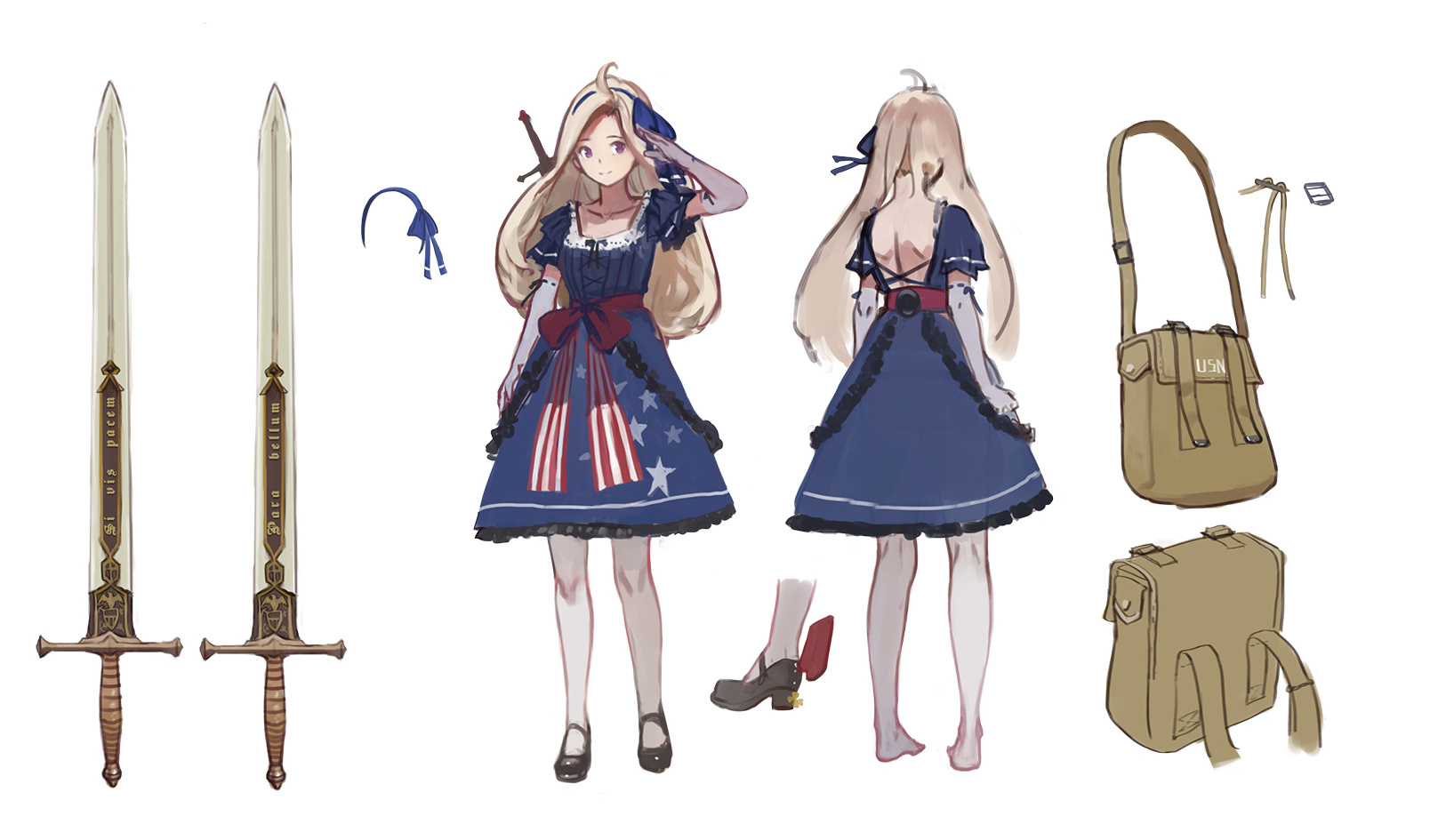 Superficially, it’s because the historical counterparts were both sank in the opening moves of the Pacific war.

If you dig a little deeper, you may have found that the Edsall picked up men from the Langley after she was sunk.

You may have also come across references – some of the last known letters from the Edsall – wishing that they could see their own boys “up in the sky and giving the Japs a bloody one on the nose.”

But the more you read about the two ships, the more you realized that they had something in common. Both trained countless sailors and pushed them onto greater things. Both were pretty much outdated for the war. Both did far beyond than what they were expected to accomplish given their limitations.

Survivors (there are a few from the Edsall that did not go on that fateful journey, and some of Langley’s men were picked up by other friendlies) both note a particularly powerful desire of wishing to do more. Whether it’s wishing that they can take to the skies to meet the enemy or that they had another salvo of torpedoes on board.

You consider this and then you read the designs for their character backgrounds. Langley quietly mentions that if she needs to take to the fields, she will. Edsall says that she’s going to do what she can. That “while I haven’t got a whole lot of anything, I’ve got my friends and that’s who I’m gonna fight for.”

That, more so than anything else, went into Edsall’s design. Her entire physical appearance is brimming with patriotism of a very quiet and dignified sort. November calls the design “Alice”-like (Alice in Wonderland). We wanted to show that she’s comparatively young by Pacific’s standards, but at the same time, we wanted to use the proper physical “cues” to give the reader an idea of what she’s like even before reading her profile.

The sword you’ve already seen. It’s got the motto of her division written on it. The reference image is a famous wartime poster. We gave her a sword like that because, well, November. That’s another tale for another time. x) 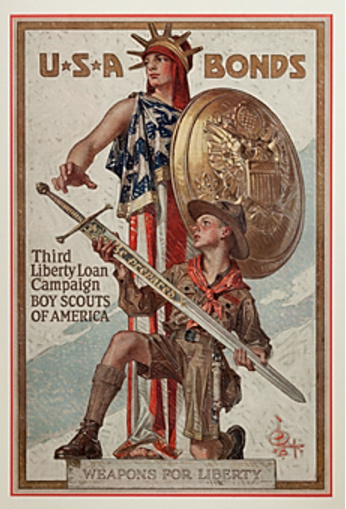 Anyways. There were other Clemson-class destroyers that were just as heroic as Edsall. But, if we are to draw another girl of her class, I really don’t think we’d have done the same thing. We tend to give unique designs to the girls in question – even the most uniform of our girls such as Chester or Northampton has enough distinctive elements in their outfits (also, what’s UNDER their outfits count as differences too) to really make each individual shipgirl, well, individual.

It’s not to say that we don’t have common motifs between the girls. But, as you can see, those tend to be more the exception rather than the norm. The subtwins Sculpin and Sailfish are very similar to each other because of how intertwined and interconnected the fates of those two ships are. I think honestly you can’t get more “twin” than that. 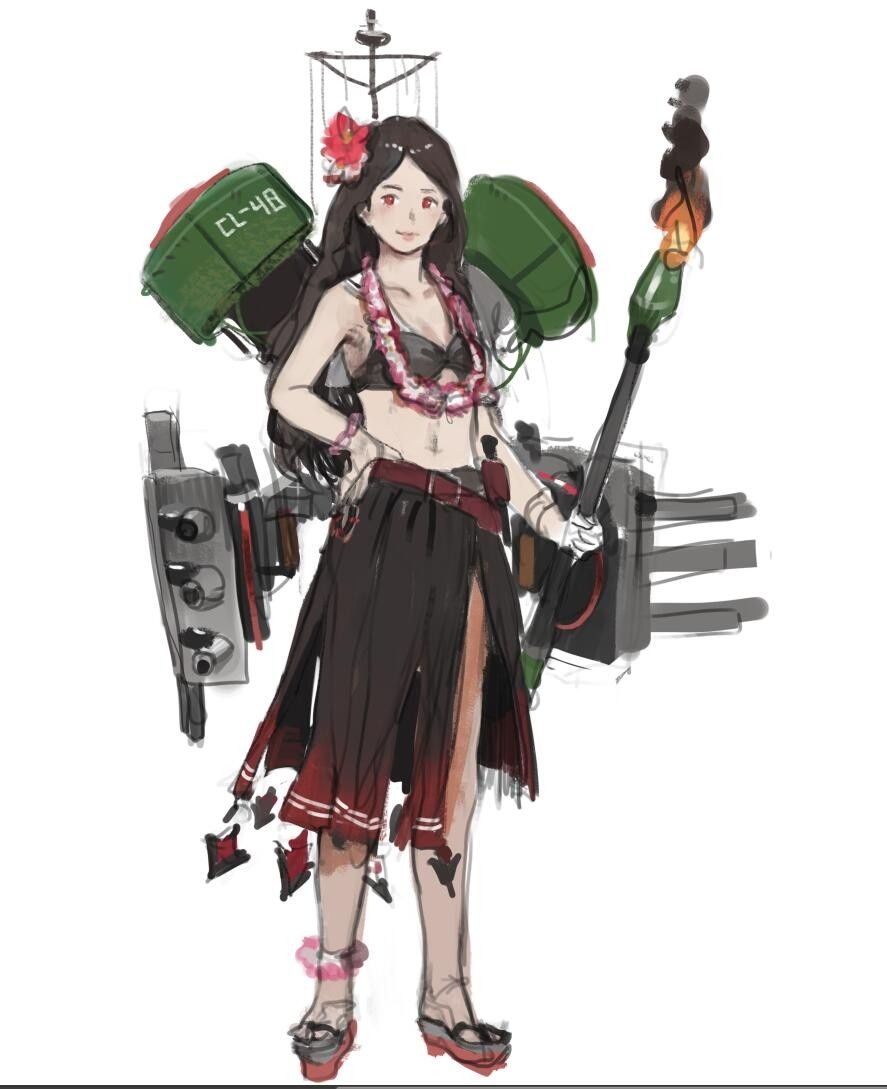 In other cases, such as this one here… Don’t assume that all Brooklyns are armed with flame weapons. But I’m sure you can see why, I dunno, a ship named after a volcanic island (city) and had a tendency to actually set things on fire (in battle and otherwise) might work well with a flame-based weapon?

Yeah. We save the rigging details and other “ship”-based things for the fairies or for stuff like what we do in Tautog’s sub corner. Trust me, it’s been two years and I’ve yet to figure out a good balance between the two types of contents. I do want to say, though, that based on reader feedback we’re getting a lot of interchange between the two. The miliotaku that pop in here once in a while gets softer, and our regulars (especially some of the ones that hang out in the Discord) are basically becoming amateur historians of the Pacific War.

So just as planned?

Yeah. I’ll start talking about vol. 3’s girls in a bit. Geez. Now it’s seriously running into the issue of what to post.