Answers to the sub questions here.

“Do you have a bigger version of the Enterprise icon?”

No, I’ll have to ask Zero for it. You can have a sprite New Jersey though. x) 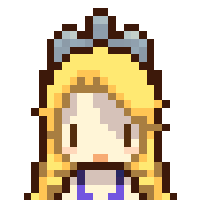 Anyways. Let me round up a bit of what we’ve been up to at this point. Again, as our only logistics person is Zero, with something like 4 books on the horizon, it’ll be ready when they’re ready.

Zero’s traveling. All the rest of us are busy. So that’s basically where the team is. No conventions coming up other than … I believe something in Japan prior to Comiket.