Yes, of course? I’m not a Pokemon, you know! Besides, I don’t think I need to tell EVERYONE what my sub corner is at this point. We’ve had like five or six of these!

Anyways. Today’s sub corner I have a friend with me again. This is Argo! 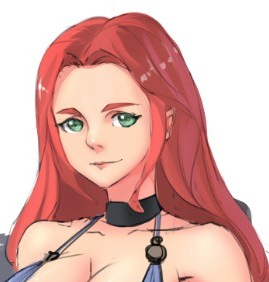 …Feels a little strange being introduced like this. *laughs* Though I guess if you’ve been reading these you know which subgirl I’m supposed to be, right?

So. Should I talk or do you wanna?

Go ahead, Tog. I’ll pipe in if we need extra comments.

Okay! So. Last time we talked about the V-boats and how they weren’t quite what the Navy had wanted at the time. We ended with two important points, which are:

I talked a little bit about the sometimes contradictory design premises that General Board put the engineers through. What ended up happening, though, was that the the U.S. settled on a few priorities.  In no particular order, these criteria included range, speed, fuel economy, size, and reliability.

What’s more, the U.S. decided to stick to the submarines and seriously develop its tactics. We aren’t too sure why or what made that decision for them – but given that we’re still in the 1920s, my guess is that abandoning the idea of the battlecruiser probably had something to do with it.

See, at the time, we thought that cruisers could be used to fight off screens. A battlecruiser could have acted as a scout, fought the enemy small-fries, and directly checked out what exactly did the other side have in terms of their capital ships. Now that the US firmly decided that there would be no battlecruisers, guess which type of ship ended up getting the job?

Submarines, of course. Now, airplanes weren’t entirely in the pictures yet. Neither were aircraft carriers. We did think about putting planes on a sub, but that’s another story for another time!

*laughs* They still ended up making a pretty big submarine.

Yeah, V-4 would be the biggest submarine we would ever build before the age of nuclear submarines. But, she had to be big. After all, we were talking about minelaying operations, so all the mines have to go somewhere! That’s what she was built for. Though, of course, like I said up there, she was supposed to scout too.

Do you want to say something about our own nutty designs? I thought the V-4 piece was going to be a multi-parter because of so many new concepts introduced.

Which nutty design? And, sure!

I’ll give you one. The submersible battlecruiser!

What the heck IS that?

Designed by one Lt. Cmdr. Craven, this was a literal underwater battlecruiser. She was supposed to have 4 (though I like the one with 6 personally, teehee) 12” guns, 10 torpedo tubes in the bow and 4 in the stern, a surface speed of 25 knots, and resistant to 8” gunfire at 8000 yards. So yes, you’re looking at 6” of armor on the turrets and conning tower, and up to 6” of armor on the sides, too.

The turrets would be enclosed in those hemispherical orb-looking turrets to better resist water pressure, and they’d be backed up by those 4” anti-aircraft guns. The idea was that we’re really going to get a real independent scout this time, so we might as well go all out and build the biggest thing we could think of.

We didn’t build it.

Yeah. I know that. You’re standing here in your … ordinary gear and not 12” guns!

WHY am I NOT in Silence Service book??

Okay, see you next time everyone! I’m gonna have to go on patrol now. Later. Bye!