You know I should probably just go make a “Tautog” account for myself since I’m like, the one posting 90% of the time these days.

Anyways. Today’s article is a bit unusual because it’s, well, really, really ordinary. It’s on eggs, which is probably the most run-of-the-mill food item we can think of today.

Why’s it worth a mention, then? Well, for something so ordinary, it’s a strong reoccurring theme when we ended up examining accounts from WW2 veterans. It’s one of these very “for mom and apple pie” sort of things that people really just want, particularly crews on the smaller ships such as submarines or destroyers.

Especially since for a lot of situations, what people are getting are these. 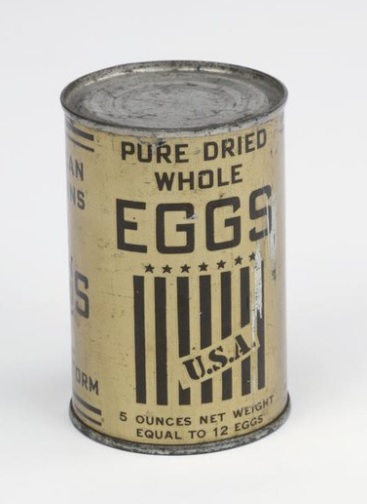 Yeah. I want to say that for the Army, you know how people really hated spam? For the Navy, I want to say that it’s a toss up between these things and powdered milk. Both of which, I’ll be honest, are edible. (Whether this says something about my ability to stomach food or not is up to you to decide)

They just don’t taste anything like what they’re supposed to look like. Powdered eggs, in case you’re wondering, are exactly what they say on the tin. You’re supposed to be able to reconstitute them and they’re “supposed” to taste like the real thing, but the vast majority of accounts I’ve found have people say that the taste is just nasty.

In either case, in civilian life, people tended to get them locally, just like we would today. You’d see them in little egg cartons or crates like these (The image is from the Smithsonian, and yes, they were still sold by the dozen even back then!) 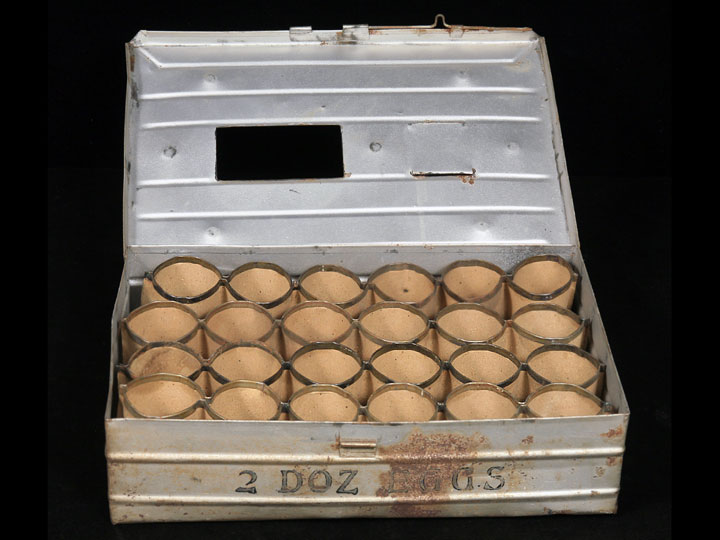 In other cases, you’d get them mailed to your address. Something like this. 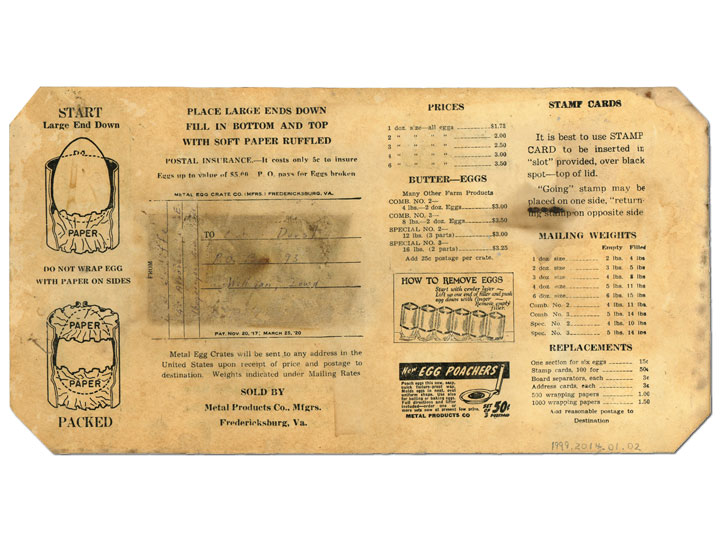 As for what the Navy recommends? 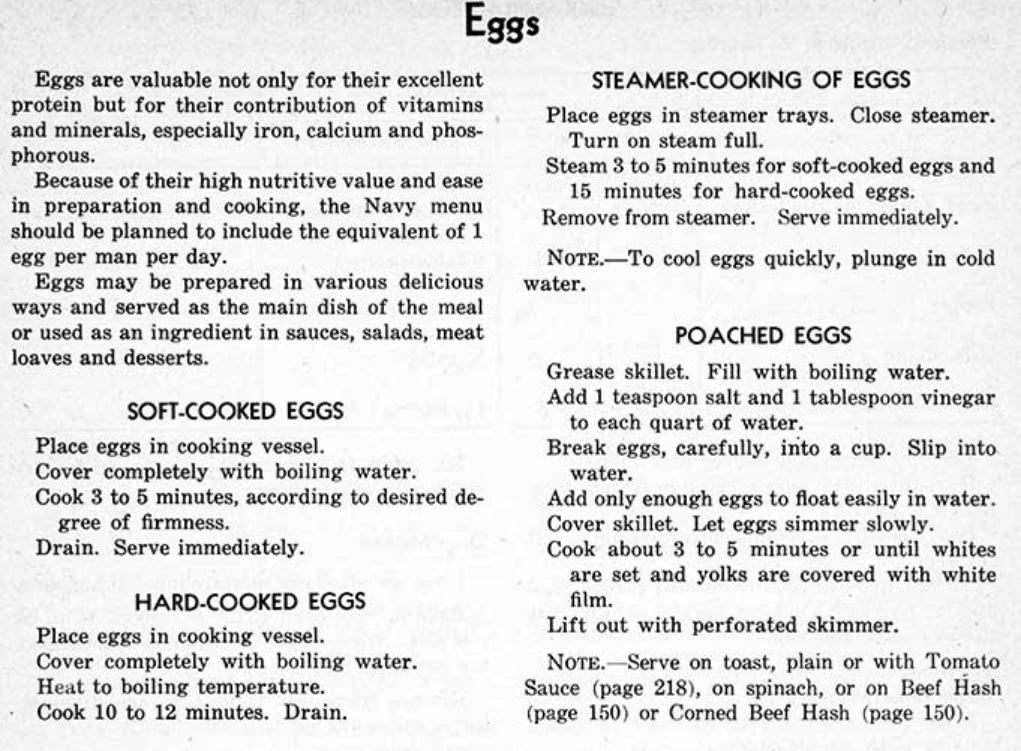 You can see there that for general notice, the Navy suggest an egg (or equivalent) a day. This has less to do with serving size and more so that having eggs was considered to be part of the daily staple. In terms of actual preparation, you can see that the recommended portion for fried eggs below is actually two (similar to how we’d eat ours today).

For food safety reasons, the Navy instructs its cooks to prepare the eggs “until the whites are done.” However, as part of the “eggs your way,” there are plenty of ways to prepare even fried eggs. For instance… 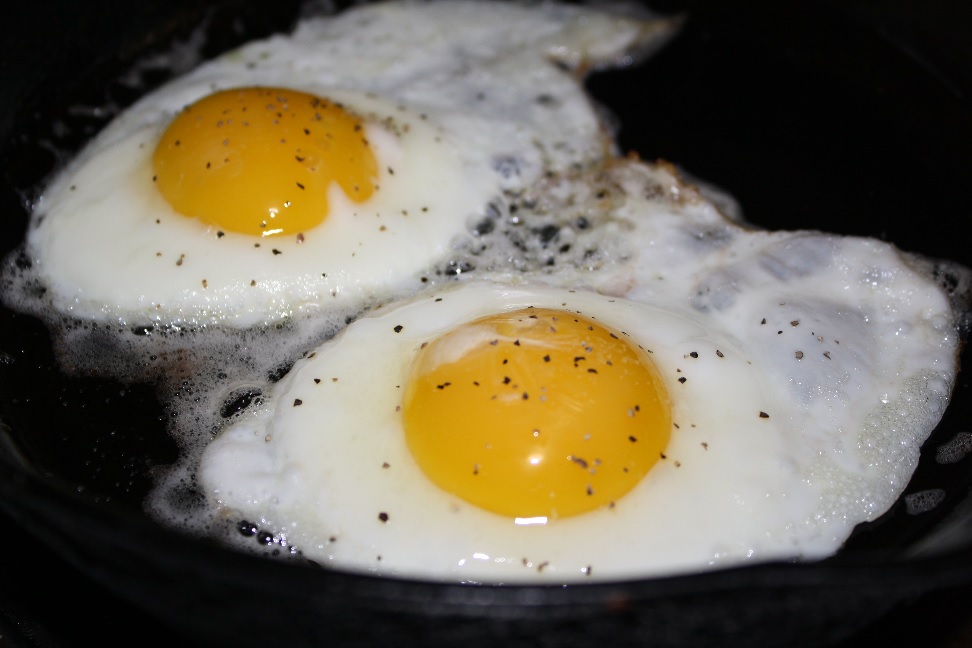 This is sunny side up. Only one side of the egg is cooked. Then there’s over-easy, over-medium, and over-hard, which is more or less how much the other side is cooked.

The truth is, at least looking at the recollections from the USS Tautog and anecdotal details from Morgane’s family who served on one of those big flattops, you kinda got either over-hard or over-super-hard, mostly dependent on the mood of the messmen currently on station at the moment. To re-iterate, however, whole eggs are rare. More often than not, eggs served at breakfast were scrambled or hardboiled. Also, they definitely didn’t look pretty.

There is something that was popular that I think are far less commonly seen today, though. The good folks at Yankee magazine made a great example below, and I’m going to use that as our “recipe” for the day. 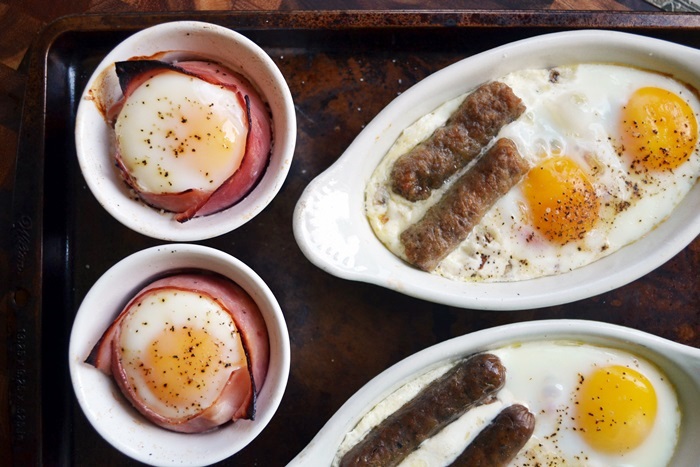 Shirred Eggs (as suggested by Tautog, based on recipes uncovered from Tambor-class submarines)

To explain, the term “shirred eggs” really means, baked eggs. The shirr  actually refers to a specific kind of flat-baking dish rather than whatever their actual textile-related historical origin. In either case, this is pretty American and we’re about 99% sure we actually came up with it first.

As many eggs as you’re willing to eat in one sitting.

Grease drippings from whatever meat item you were preparing for the day. You can in theory use this for the greasing of your pan, but you’re probably better off using a tiny bit of butter for it instead.

Some kind of flat container to put your eggs in to bake these things.

For the record, here’s how people were doing this in the 1940s. 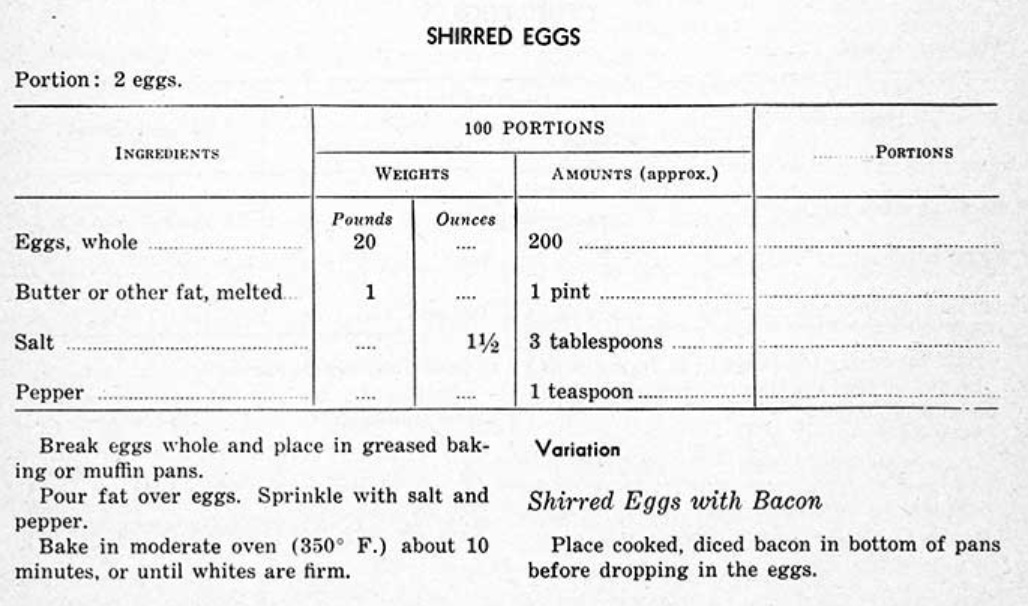 See, it’s actually pretty easy. You grease your container. Crack the eggs in. Pour your grease (you can use gravy or sauce for this as well). Bake. Done.

Psst, by the way. You can actually do this in the microwave, too. Crack an egg into a dish, and take a knife or something and poke the yolk before you microwave it. It works pretty well if you’re feeling especially lazy.