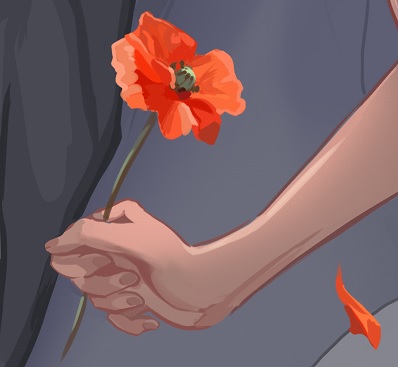 It is the 100th anniversary of the armistice signed, ending the hostilities of World War I. Of course, you ask, why is a Russian talking about the end of World War I when the Russians left the war early?

Well, it is because I think it is important to remember. Most of my American comrades seem to disregard World War I as this European thing that is the precursor to World War II. While on the surface this might seem true, World War I had much more lasting effects around the world than most people realize. It is in my view perhaps even more important than the Great Patriotic War.

I’d like you to bring yourself to the time before the war.

The time is the early days of the nineteen hundreds. During this time, the fruits of the Industrial Revolution are still pouring in. Western Europe, in particular, seemed like utopia. Machines and industry gave her peoples massed production of goods, bolstered by wealth from their colonies. The spirit of innovation was in the air as advancements in science appeared one after the other. Take food, which we seem to talk a lot here. Fertilizer appeared right around now, and its development meant that more food could be grown using less land. The age-old dream of flight, humanity’s oldest wish, was realized when the airplane joined such wonders as steam engines or light bulbs or yes, the humble automobile. Experimentation with gadgets such as “radio” teased at the possibility of communicating without wires. Vaccines held the promise of a world without disease, while new medicines promised a world without pain.

What could Europe not accomplish, people marveled? In their wonder, they failed to notice the clouds gathering on the horizon. Even though the signs were there, people told themselves, there was nothing to worry about. Growth was infinite and inevitable. A war between the European great powers was impossible, as the world economy was far too interdependent.

How funny this theory sounds to our modern ears, no?

Nineteen Fourteen. The year that everything changed. It happened rather quickly, too. Within months, Serbia and Austria Hungary begun their war. Russia came to Serbia’s aid. The Germans entered on the side of the Austro-Hungarians. The French was drawn in. Before everyone realized the scope of these events, the entire world was at war.

Empires clashed against empires. This war truly was global in a way we have never seen before. Everywhere from Africa to Asia men fought and died because a Serbian shot an Austro-Hungarian archduke. The British, for instance, called up around a million Indian men over the course of the war out of a combined force of two million. In total, the combined armed forces of this war’s participants numbered greater than seventy million. To put this into perspective? The United Kingdom, including all of her colonies, had around forty-five million people. France? Forty. Germany had sixty-five. The United States, ninety-two.

This war bled all the participants hard. The various colonies were sucked dry of resources and manpower for a war they did not ask for. The fruits of the industrial revolution turned into bombs, guns, and explosives; implements of death and destruction that were churned out on an industrial and unprecedented scale. Wondrous advancements in science that improved the lives of humanity took a darker turn. Fertilizers became explosives. Disinfectants became gas. Even the product of humanity’s oldest dream – to take to the skies – became a capable killing tool a mere ten years after its creation; the airplane carried bombs long before it carried passengers.

No people can withstand war – or for that matter, has ever withstood – war on an industrial scale. And so, Empire started cracking. I will not speak on other countries, but let us bring our sights to my home, Russia.

In Russia, it quickly became apparent that our entire system was … flawed. The landed nobility in charge of our armies were incompetent. The backwards Czarist system itself showed its inability to effectively govern. When Christmas came again and again and yet the war was still not over, we begin to ask: what gave them the right to lead us? Why did we, the proletariat, have to fight for them? Are our men – our fathers, husbands, brothers, and sons – simply sent to die for the sake of a distant and uncaring imperialist power? For what cause are our women suffering for?

France mutinied. Germany collapsed from its unrest. We were not the only ones to think that perhaps the Marxian prophecy would come true. Communism was coming! For us, a few years later, it did.

But, in short, Europe was shook to the core. The very fabric of western civilization tore apart. Dreams of western grandeur and superiority were smashed once and for all. Once Europe was envy of the world. Now, it would also be remembered as one of its greatest killing grounds.

No great power emerged unscathed. Germany lost its empire. The Austro-Hungarians were split. We found ourselves in a bitter civil war. The Ottoman empire was divided up by the entente and conflicts in the Middle East still survive to our day. Britain and France retreated and receded, hoping to prevent another such catastrophe, yet we will learn from history that they will re-emerge, forever diminished.

Who won? I would say that there are only two real winners: the United States and Japan.

The United States became the undisputed economic superpower. It did not suffer great losses like the Europeans, as it spent most of the war providing critical material aid to the entente. In a role in which she’ll continue to play to today, the United States had – even then – both the industry and might to shape the post-war world. In particular, President Wilson’s ideas spread around the globe. His views about democratic self-determination and intervention left a deep impression in the American psyche. A decade later, even during the height of American isolationism, the U.S. was still at crossroads domestically in regards to America’s mission to the world. For good or for ill, the Great War had created a new chapter in American identity.

Japan, too, provided mostly logistical support to the entente. She had fought against the Germans for control over her colonies. With the war’s end, however, Japan had not only proved herself on the world stage, but she gained quite a substantial amount of territory as well. Equally motivated by these results, Japan was finally in a position to realize some long-held ambitions. She would become the steward of Asia, by divine right or might.

Even then, observers have noted that these powers will likely eventually clash. But, I digress. The Great War changed more than just nations. It also changed the very political frameworks in which nations were built upon. Civilizations, countries, and cultures grappled with new and radical ideas, and with the destruction of the old order, these ideas took front and center stage.

Take nationalism, for example. National, jingoistic pride drove militarism and undisputedly caused the war. The Great War’s lessons to these is that the world exploits those mercilessly, and unless we can unite to protect our own, it is better to exploit others than to be exploited by the others. Race soon became a powerful tool of national and political unity. Many took those nationalist ideas  centered around race and became emboldened by a newfound sense of purpose. The the regimes that grew out of this you know all too well.

Yet nationalism also took other forms. In the north, we begin to think differently. Perhaps nations should not be divided based on ethnicity or culture, but rather in things, roles, and social class. Was this war not a perfect example of the bourgeoisie elite sending the proletariat to die for their own aims? Why should we continue to bleed and die for the industrial-capitalists?

Before anyone had realized, Russia – that great bastion of the old order – fell. A red star rose in her place. You know her in your history books as the Soviet Union.

Do you think these ideas would have found fertile ground had there been no war? Whenever there is unrest, new ideas – sometimes radical – grow and thrive. The profound impact this war had on national consciousness reverberated around the world. Inspired by Wilsonian ideals, Korean civilians rose up and protested en mass against their Japanese overlords on March 1st, 1919. Australia and New Zealand would celebrate their newfound national identities on April 25th in remembrance of the brave but ultimately futile sacrifices made in Gallipoli. China’s weak response to the Treaty of Versailles resulted in an unprecedented display of patriotism by Chinese students on May 4th, 1919, sparking the political mobilization that would ultimately result in the China we know today. While the rest of Canada celebrates their national day, in Newfoundland, Memorial Day falls on July 1st, in memory of the Royal Newfoundland Regiment which took 90% casualties on the first day of the Battle of the Somme.

Countless countries were created from the aftermath of World War I. Poland, Finland, most of the Baltic states, Most of the Middle East…

Take a look at your own country’s history in relation to World War I. You might be surprised by what you find. I hope you are able to better understand just what sort of an impact this war had on your world. Take some time this weekend to reflect upon what happened a hundred years ago. It might seem so long ago, but I can guarantee you, it changed your life.

The British have a saying I’m quite fond of. 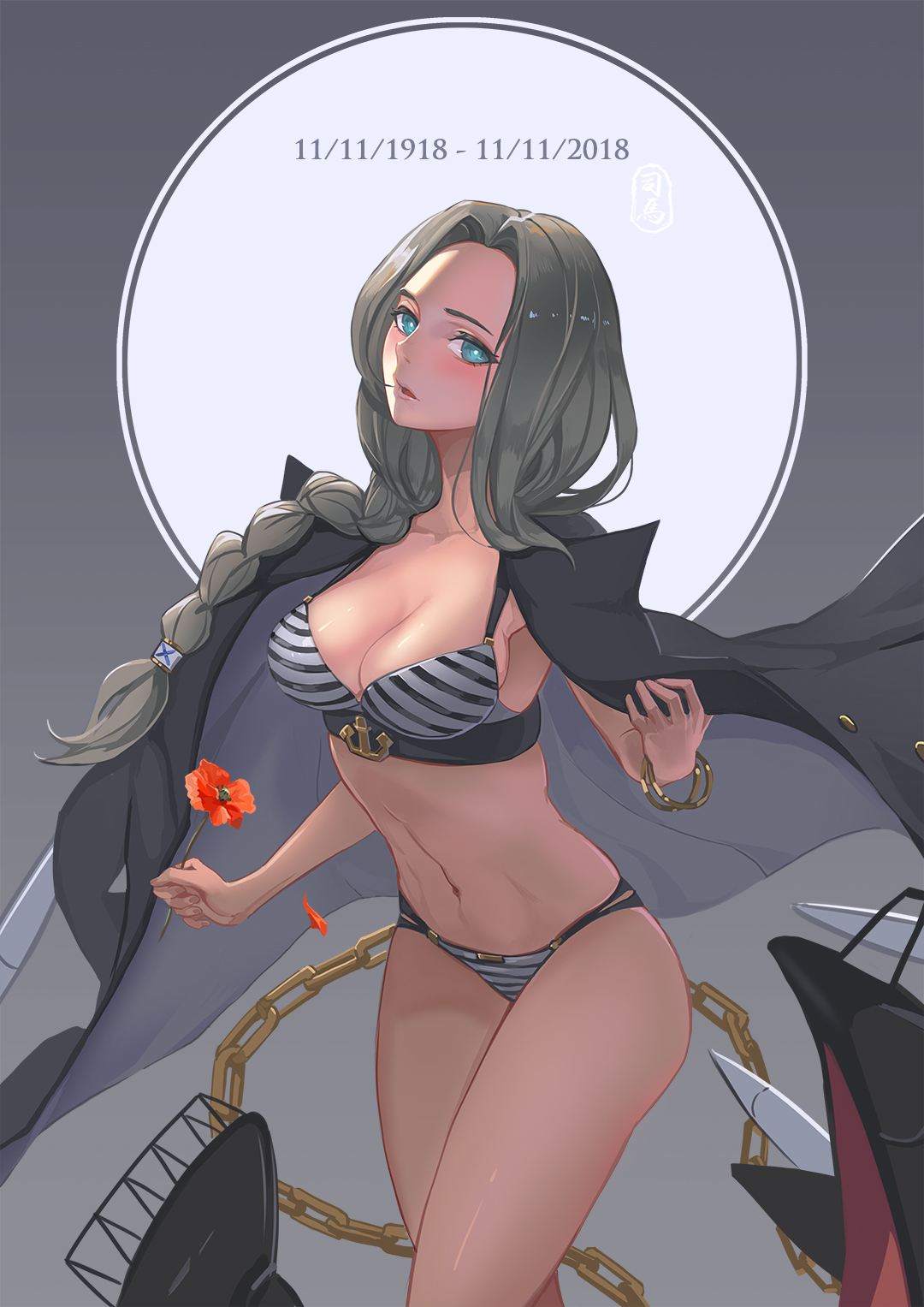