So! What do you think?

You know, now that I’m finally here, I think this is actually pretty fun. The first Silent Service post was made close to a year and a half ago, but the actual amount of time spent illustrating varies quite a bit. Five months for a job here, Morgane getting sick for a couple of months there, and if you really think about how much time gets spent, then I think it’s pretty good. When are we getting it printed anyways? Soon, right? I mean, now that 2016 is done-done (I think) and the other stuff we’re handling for our friends are done, we’re –

Pam! Stick to the script.

Hey! I’m just excited, alright? I’ve been alluded to so many times, like, a third of the subgirl profiles mention or alludes to me to some degree. Not like I get hyped or anything – if anything, I’m a little worried that I won’t live up to expectations!

Well, if our residential social recluse can make a positive first impression, I’m sure you could too!

Expectations, Tautog dear. Nobody expects Bats or Sal to be out and about. Me, on the other hand? “Smile!” Gotta be photogenic and all, you know!

How’s your day been, Pam? 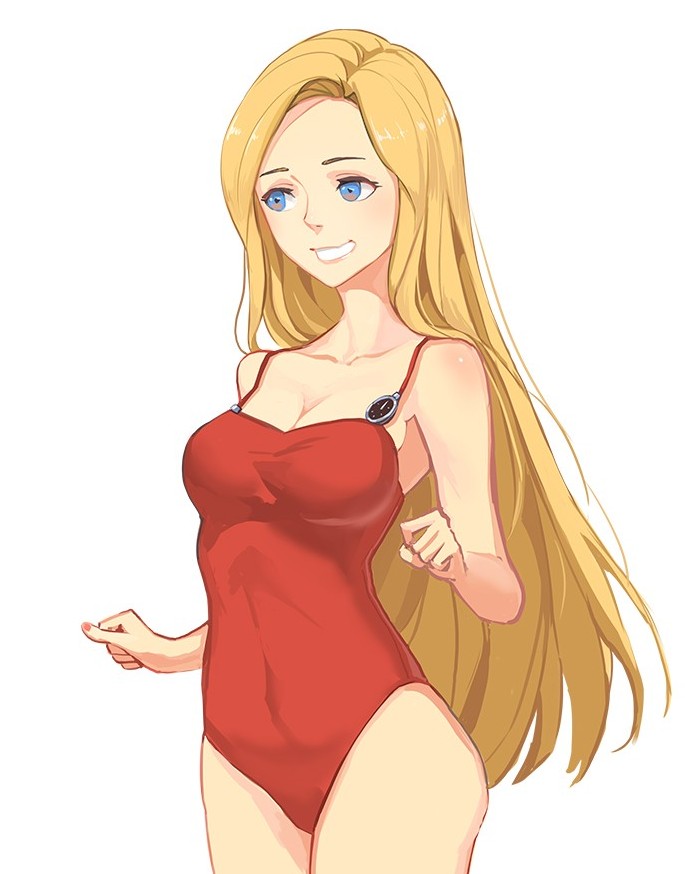 I take it the day’s been long?

Actually, just the opposite. Ever since the Heart came into operation I feel like the entire medical team’s baaaaaaaasically out of a job. Awfully hard to compete with a facility that arbitrates time and freezes it at will, you know, and that’s before we start getting into the “poof! behold ye olde sparkly fairy magic, now thou art heal!” stuff that we’ve started to figure out.

It’s pretty somber stuff to actually think about, you know.  Pretty sure if you give the folks here some more time to tinker we’d randomly stumble upon the elixir of life at some point. The reductionist in me’s not a big fan of that. Diseases, injuries, the human body, they’re all complex systems. To simply reduce it down to a singular, pseudo-mythical albeit functional treatment bothers me because I don’t understand it.

Or, rather, let me put it this way. I do understand it – to the degree of which we’re capable of understanding it, anyways. Take our medical facility’s ability to cure the common cold. Not like, providing symptomatic relief. I’m talking literally, “poof,” viral forms suppressed to functionally nonexistent levels. Despite the small sample size, I’ve known people who’s gone decades without being re-infected.

Now tell me just how chicken noodle soup is supposed to do that? Because first of all, mine doesn’t do that! Secondly, I’ve thrown every known investigative technique at it. There is nothing extraordinary about it. The composition is as mundane as it gets – actually, the composition isn’t even consistent! Sometimes it’s literally made from the previous day’s chicken dinner leftovers!

But it works! So you know, I’m left with the unenviable task of trying to explain it to the folks that matter. Ah, yes, I see that face. You get it too, don’t you? At least yours is pretty progressive and open-minded. Good luck trying to convince the folks I have to deal with, especially if their corporate masters are in tow.

…I swear, Mike, when this war ends, we’re going to sit down with all the relevant peoples and discuss, very, very, very seriously, about releasing some of the stuff we have here to the public. Imagine a world without disease and illness, where every doctor’s out of a job, where everyone live to be three hundred years old, have a bajillion kids, and the earth ultimately collapses under rampant consumerism and international conflicts brought about by overpopulation, resource shortages, and human greed –

I had a long day. Sorry. Plus, you know, I’m really not much for telling jokes. I’m just declaring, rather logically, about what will happen IF we do let the public get access to our technology.

It’s an interesting thought experiment, isn’t it? What, exactly, is being humanitarian? To what extent are we actually capable of solving the world’s problems at large, and what are the consequences and the solutions to those problems?

Like I said, the medical team’s basically bored out of our minds these days. We’ve had an awful lot of time sitting around and act philosophical. Shipgirls have unnaturally good memory, you know, and when you don’t have anything else to do, we’ve only got, what, the last six thousand years of human wisdom to go through? Give me another hundred and fifty years and I’m pretty sure I can hit the middle ages.

Oh so that’s why you’re always carrying a book.

No, the book is a prop. What do you think people’s first impression of Pam is? “Oh, hey, it’s that cheerful idiot blonde with just the right breast size to look the stereotype.”

Hair flip. Might as well do something about it, right? I can’t keep people from staring. If I had reservations I wouldn’t dress like I do – heck, I probably wouldn’t even be a subgirl considering our normal state of dress is considered to be, uhhh, exciting for a lot of people. Mostly guys. Girls that swing a certain way. Girls that don’t swing that particular way but still like to look at sexy things. Guys that don’t swing a certain way but still like to look at attractive things. Stuff like that.

Hey, you know, the swimsuit’s calendar’s sort of my idea too, you know! Only I thought maybe we could act, you know, a bit more suggestively. If we’re going to do fanservice we might as well put in some extra effort, right?

They sure won’t! Neither would you, I bet! Betcha didn’t know just exactly what sort of special session you were volunteering for when we pitched the plan last month, right? Oh, trust me, you’ll find it time well spent. 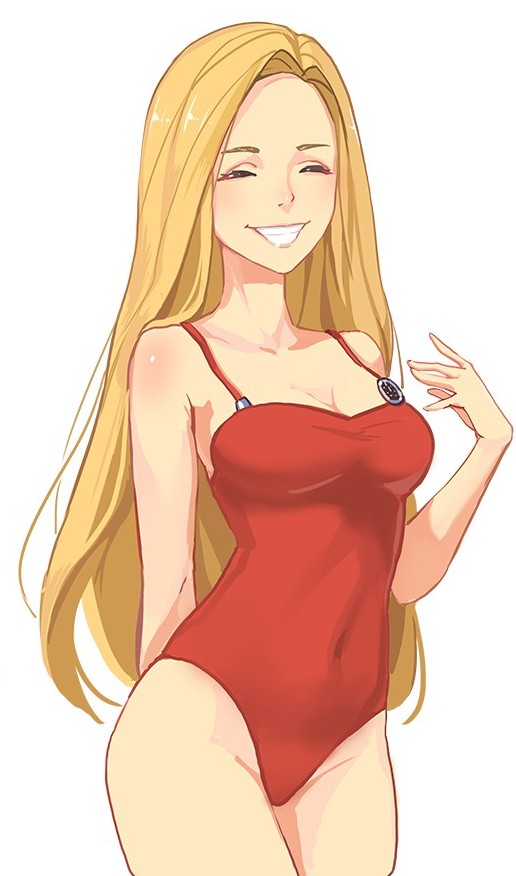 I’m Pam. United States Shipgirl Pampanito. Like the fish, I am a prized delicacy to be pampered and cared for (and maybe ultimately eaten?). Unlike the fish, my figure’s a lot better. I generally spend most of my days hard at work, staring off into space, reading, plotting the latest ambush on dear commander, shopping, and generally doing other girly things –

Er… Let me try that again.

I generally spend most of my days hard at work in STEC’s medical division. All that stuff I just uh, said, I still do, but only if there’s not work to be done. Truth be told, we’ve gotten kind of really good at what we do. So, most of the time, we really are out of work. Mike’s doctrinal acumen has more or less minimized potential injuries to shipgirls while we’re out and about, and we’re pretty good at handling medical issues incurred by our other personnel. Pfft, if only the world knew just what sort of things we could do –

Oh. Raise the dead. We can’t do that one! That’s about it.

Also, traditionally, I have been the girl on station for combat rescue. I’ve been recently “freed” from this task since the doctrinal change. Every shipgirl on sortie will be supported with a “lifeguard” system ready to swoop in if things get too hot. Can’t say I’m the one who came up with it, but I did put in a lot of work to make it happen!

Generally, Mike likes it when we include a bit of our historical counterpart’s life in our introductions. I can certainly do that. Sidenote, the actual USS Pampanito submarine had a very tight and competent crew. Completely, completely, unlike me today!

Hmm, so, here’s the thing. A lot of people focus only on how many ships a submarine’s managed to sink, or how many war patrols a sub managed to go on. All of this is well and good, and if you had to objectively provide a measure of who did what then that’s useful. However, every single sub contributed in her own unique way towards the war effort. The Pampanito was no exception. She did her part over the course of six war patrols. Sinking a merchant ship here, shooting at a destroyer there, things like that. In total she sank six ships and damaged four more. That’s about one a trip. Not too shabby.

Of course, the most notable event that had occurred during her tenure was her rescue of 73 Allied POWs. This particular war patrol, immortalized in a book titled Return from the River Kwai, is … how shall I say it, interesting. It’s pretty much a book full of first-hand accounts from the prisoners of war in which the Pampanito rescued. As I’ve mentioned in the sub corner (31! You can look for it yourself!), only one man died under the Pampanito’s care. The entire event itself is pretty miraculous overall, and speaks to both the proficiency of the Pampanito’s crew as well as human resilience.

The Pampanito also happens to be one of the most well documented World War II submarines in the world today. In fact, if you’re interested in visiting her, she’s still afloat at San Francisco bay. Full detail of her make up and adventures can be found on the very-well maintained website here.

…What? Hey. Look. I’m not a professional historian. I know better to try to summarize when you can get a really good look at the story, right there!

The Abyssal War. I know. There’s not much to be said. We won’t know how prepared we really are until they hit us. We won’t know how reliable or good our tech is until we actually have to step up and fight. No plan ever survives the battlefield, right?

So, from my perspective? I think we’re doing this right. We’re the least disciplined and least military-like organization doing a job better than any military organization I’ve seen. Nothing we do here is halfway, but the particular emphasis on the sanctity of life. That’s not something I see very often. It’s … precious. Yes. Precious. You order us to take every precaution possible to come back alive. When everything else comes down to the wire, it’s … 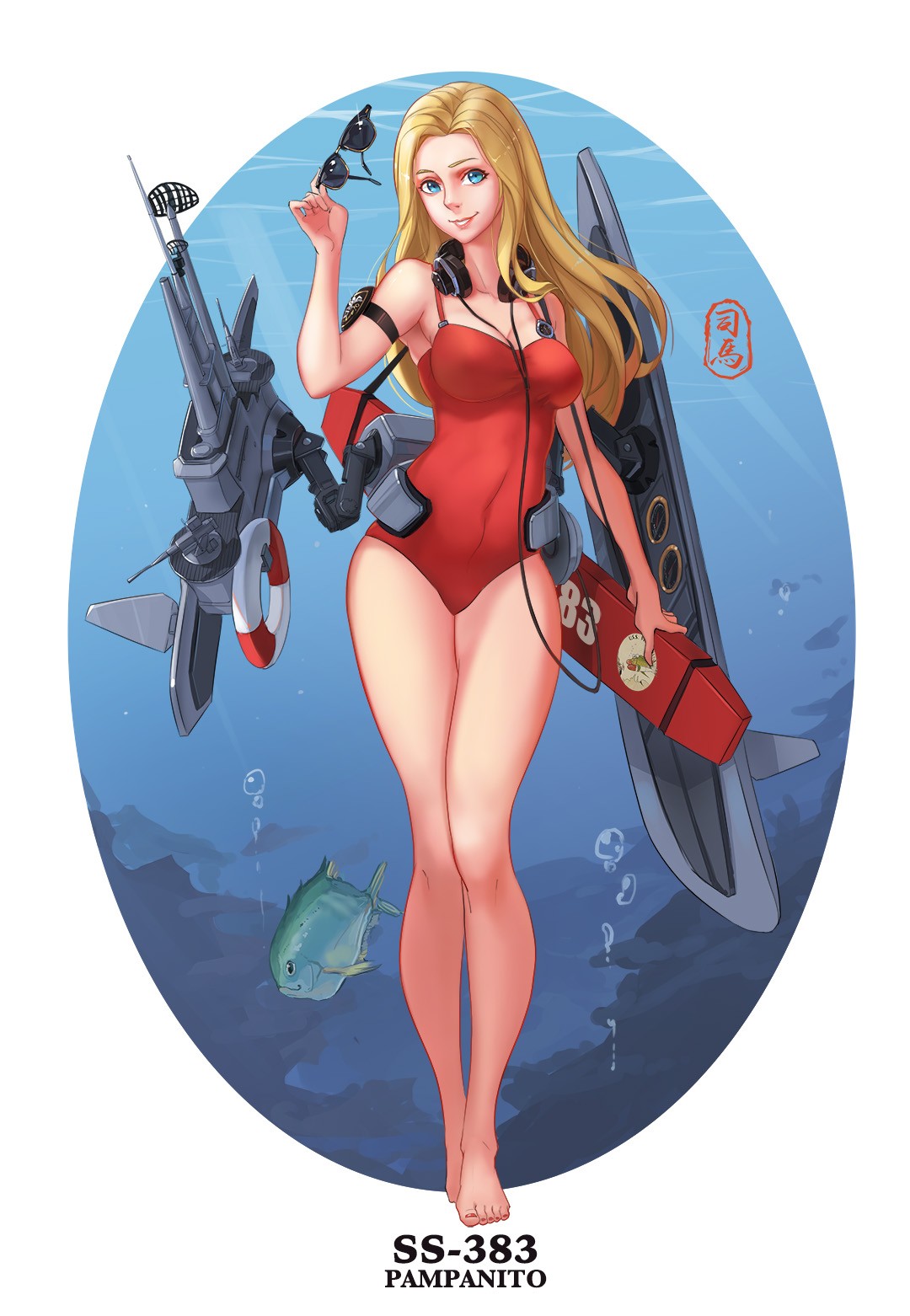