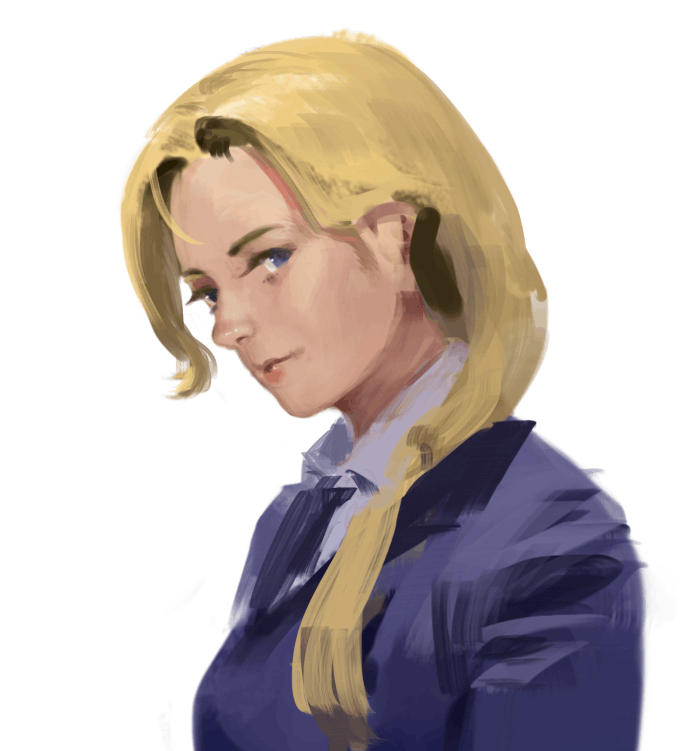 This one should probably be titled “relative shipgirl strength -”

Let me take this one.

This is actually out of universe, since unlike KanColle we don’t have in game “stat” points to determine which one of us is mathematically superior over another.

Against the Abyssals, we don’t know yet!

Against each other, it depends.

I’m gonna point out the obvious. You’re talkin’ about a fictional work where human-sized people shoot at thousand-foot long monsters going at speeds up to ninety knots. There’s no way some kinda technological transformation isn’t takin’ place. Pacific is not a recreation of historical World War II naval combat. The principles of engagement are extraordinarily modern. I would even call it post-modern given that STEC has logistical and deployment capabilities that the contemporary military could only dream of.

Where things become “World War II’-like, you gotta thank the Abyssals in question. We generally have no clue about the things that they’re capable of doing. The few times we’ve actively ran into them they were able to confidently and adequately nullify many of the aforementioned modern advantages. Most of us have good reason to believe that they were specifically designed to fight something like a 19th to possibly 22nd century human navy. Why? That’s when humanity starts to develop the proper resources to fight back.

An example. You know that the Abyssals also have some ability to interrupt conventional radio and other communications over a span of several hundred square miles? You do that to a modern fleet and its fighting capability degrades substantially. This is before you count the radar disabling and the other things we’ve seen them do.

All their fancy tech don’t work on shipgirl equipment or fairies. I say tech because I don’t believe in supernatural powers, get me? I think the Abyssals are constructs mimicking life. Feel free to disagree but that’s what I think.

What I’m trying to say is that against the Abyssals, it’s pointless right now to figure out which shipgirl is “better” than the other. The war hasn’t even started in earnest. We haven’t ran into any of their powerful units yet. Killing scouts and small fries don’t count for much.

Speaking from someone who’s relegated to the backline, I’m a battleship girl. When fully manifested, my 14 inchers are objectively weaker than those carried on some of the other shipgirls. By “manifested,” I mean that fancy model mirage building thing that the fairies do, where you get an actual honest to goodness World War II era turret complete with machinery, supplies, and men.

If I was using the manifested guns against a conventional naval target, then yes, Mary and Weavy’s guns have about fifty-percent greater penetration power than mine.

But we aren’t shooting at conventional targets. I’m not using a replica of a World War II naval gun. I’m firing a piece of shipgirl equipment at an enemy that we don’t know much about. It could very well be that my guns penetrates twice as worse or twice as better on those targets than Nevada’s or Caroline’s. We currently have no idea whether or not any individual shipgirl’s personal powers have any correlation with our performance against the Abyssals. If Jer hits the scout on her first salvo, does it really matter if she’s a mind reader or not?

Against each other, yeah. Some shipgirls shoot better. They have faster crews which loads, or they’re faster at actually loading the things themselves. Some shipgirls react faster. Some shipgirls dive deeper. Some shipgirls see further without radar assistance. All of these are concrete attributes that we can gauge and measure. You want to see performance reports? Request it and we’ll provide.