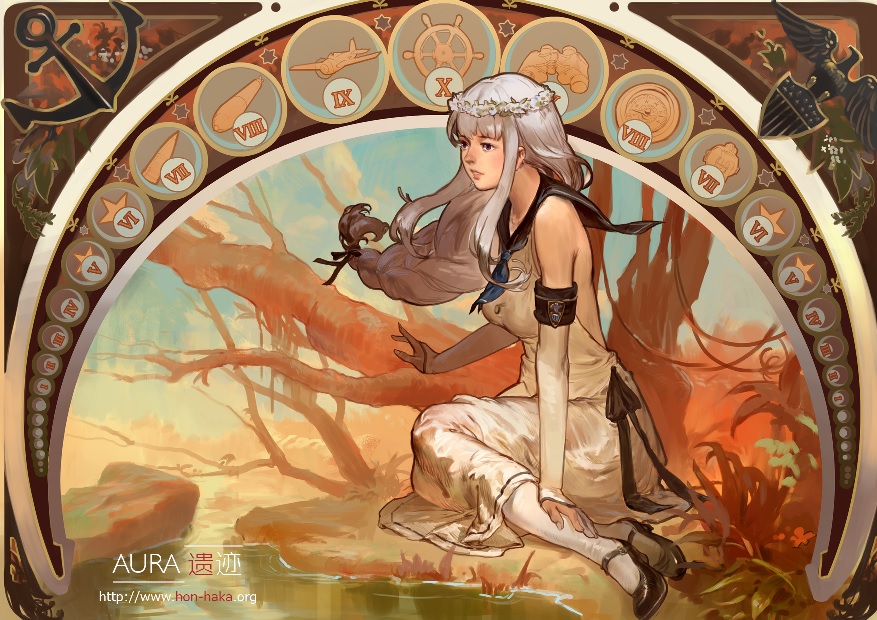 Or what should probably be titled, “works that inspire us.” I’ll just grab a few people whose inspirations are easier for me to pick up.

This question pops up every once in a while, but I think it might be good for people to see what sort of things motivate us. Or, I think, a better way to put it, where we’d like to get to in five, ten, maybe forever’s time.

November is a classical artist. He’s getting incredibly, incredibly busy. But, at the same time, he really likes anything that involves realism. So, you can see that his art has increasingly evolved towards the more realistic – you can see this for instance, in the latest versions of Pacific shipgirls. 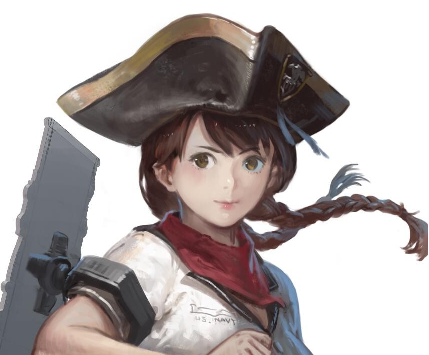 Some people don’t like it as much, since it’s not anime-like anymore. Well, I say, let the guy draw what he wants! I happen to like these quite a bit.

Sima’s art has improved tremendously over the last couple of years, too. He’s fond of a lot of illustrators, and I’d say that because of different interests and different focuses, Sima is currently interested in modern day illusions. A good example would be ASK, and you can see why he’s fond of that style.

For Zero? That’s easy. Zero has always had a slight bohemian streak when it comes to design. His favorite artist is Alphone Mucha, and he is very much enamored with the earlier works that Mucha produces. The sketch-like thin details, the focus on nature, women in long, billowing robes, those are all things Zero likes quite a bit. You’ll notice, too, that Pacific books (or anything we produce in general) tend to be more pastel-like in terms of color saturation. Again, not an accident. It’s intentional.

Me? Heh. I know where I’m aiming at, and I’ve got a long way to go. Simply put, I like epics. As the not-humanities “humanities” person of the team, I enjoy reading ancient and medieval works, and I freely draw themes and inspiration from the Breton Lays or the legendary tradition that I’m most familiar with – Arthurian legends.

I’ll let the man’s letter to his son, serving on the front in WWII, to speak for what I’d like to say.

We don’t mind your grousing at all — you have no one else, and I expect it
relieves the strain. I used to write in just the same way or worse to poor old Fr. Vincent Reade.

[[Tolkien encourages his son by commenting on the difficulty of war, and then continues on.]]

Your service is, of course, as anybody with any intelligence and ears and eyes knows, a very bad one, living on the repute of a few gallant men, and you are probably in a particularly bad comer of it. But all Big Things planned in a big way feel like that to the toad under the harrow, though on a general view they do function and do their job. An ultimately evil job.

For we are attempting to conquer Sauron with the Ring. And we shall (it seems) succeed. But the penalty is, as you will know, to breed new Saurons, and slowly turn Men and Elves into Orcs. Not that in real life things are as clear cut as in a story, and we started out with a great many Orcs on our side.

Point one. Tolkien acknowledges that there is a struggle – here, explicitly speaking of Nazi Germany. At the same time, however, there is a broader picture here. A struggle against good and evil. It’s something that speaks to the heart. Just look at my New Jersey piece for the 2016 miniseries to get an idea. That one may as well be a self-insert.

Well, there you are: a hobbit amongst the Urukhai. Keep up your hobbitry in heart, and think that all stories feel like that when you are in them. You are inside a very great story!

Point two. Tolkien always had a sense for adventure. This is something I agree with wholeheartedly. No matter how bad life is sometimes, things are instantly better when we realize that’s exactly what it is: we are characters inside a very great story called the world.

Most importantly, however, is this.

I think also that you are suffering from suppressed ‘writing’. That may be my fault. You have had rather too much of me and my peculiar mode of thought and reaction. And as we are so akin it has proved rather powerful. Possibly inhibited you.

I think if you could begin to write, and find your own mode, or even (for a start) imitate mine, you would find it a great relief. I sense amongst all your pains (some merely physical) the desire to express your feeling about good, evil, fair, foul in some way: to rationalize it, and prevent it just festering.

Is this not why we create? The desire to express and vocalize the things that matter to us? We draw. We write. We create. All for the sake of giving those abstract things form.

For me? It’s America. The American ideal. Pacific and all that comes with it is my attempts to give it form.

In a way it is escapism. It is about retreating to a space where what I perceive as good and fair is still alive and well.

But, more importantly, it is hope. The expression of those things that matter to me creates hope. It inspires me towards doing things that I wouldn’t think I am capable of. In that sense, then, who reads it is less important than the simple fact that I am the one that’s reading it.

This creation is for me. More aptly put, us. Those that desire the same things as I.

See you next time. 🙂