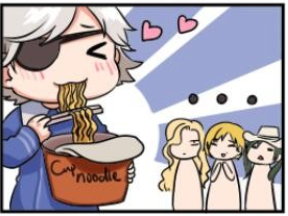 Given that you’ve mentioned many times that shipgirls have super-human physiology, what does this mean when it comes to food? I know you said that they don’t actually eat metal and fuel. Do they need to eat more food than a normal person?

I kind of feel that I’ve answered this one before. But, to clarify: