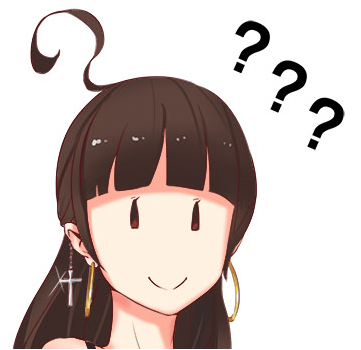 Sorry guys. Still can’t figure out what’s wrong with the site background. Worse, the site was super slow for me yesterday. We’ll probably be spending the weekend to look into it now.

What determines which shipgirl gets emojis?

Mostly random. I think I’ve answered this question before. Generally if the creative bug hits we’ll pick a particular shipgirl and have some sort of expression drawn.

When is Silent Service coming out?

There’s about 4 or 5 different books I’m working on. Multiply that by two (and a half, since languages + translations). Then it’s typically busy season for us around October to the end of the year (in my real life business). Add the fact that we’re finally starting to release stuff thanks to printers coming online again, and you can see things get complicated.

The question’s better directed at Zero, if anything else.

Why have subgirls-related content taken over the site? What are the other girls doing?

Personal interest. Team interest. Also, I wouldn’t call it “taken over the site.” It’s more that the other characters are slowly getting worked into the setting of Silent Service, and that in other Pacific-related works plenty of characters show up. Basically the only characters that don’t get screen time are like, cruiser girls from vol 1 and 2, and even then, well. Chester’s a regular fixture in shenanigans (because she’s fun to write) and Phoenix our people just like.

Specifically, the reason is that we thought it would be good to draw people’s attention to a relatively neglected part of the war. KanColle and the assorted games haven’t really focused on submarines at all, and in all honesty, subs contributed a whole lot to us winning the war.

That, and the submarine is something of a unique beast among all naval ship “types.” It’s still relevant to today, but the submarine itself went through some rather remarkable transformations. K9 already mentioned it in one of the sub-corners earlier.

Besides, from our perspective, we’re keeping it as a hobby project. You can see that Silent Service gets “article”-sized updates basically every week, and there’s a healthy smattering of content already. As the book comes to completion we’ll probably still update Silent Service, but well, let’s just see if I can get it done first. x)