Or what should be called, “How to assign unique personalities to shipgirls?”

I’m actually going to use the most recent shipgirl we posted as an example. Subgirls are a tad harder than the other shipgirls owning to the, well, bikini-clad nature of their physical appearances. It simply makes no sense (in Pacific’s context) to design them with more complex appearing equipment – after all, they don’t need it.

Instead, we went after the “tales” of each of the historical ships with a fine-toothed comb. For Batfish, there were a couple of episodes that stood out in addition to her triple submarine kill.

Batfish suffered tremendously from a poor commanding officer who was unsuitable for submarine warfare. Despite sighting two golden opportunities (one of which, they’d later discover, was none other than the Yamato) for attack, in both cases, the commander told the crew to stand down and wait for a better opportunity.

It got to the point where the crew literally mutinied after going on shore – in this case, physically defenestrated their captain in protest.

Yes. You read that right. The crew threw their captain out a window. It was the first floor, but still! That was something remarkable, isn’t it? You simply don’t get that sort of thing a lot in any naval ship.

Thus, we decided firstly that she’d be a little bit of a grump. A little ticked off at all times, and someone who you probably don’t really want to cross.

Now, we’ve already made several shipgirls with a similar “category” of abrasive personalities in relation to their historical counterparts. Lulu had gone through quite a bit in her records; Pennsy had very high expectations; New York is less abrasive and more so that New Yorkers are natively angry; Trout is less abrasive and more like she has a very low level of tolerance for stupidity.

The Batfish historically had reasons to be upset. Her anger at the lack of aggression was not uncommon among the many veterans found in the submarine service. The US submarine force, after all, was fighting something of a new war. Many pre-war practices just didn’t work very well in actual battle, and it took a new generation of famous leaders such as Mush Morton to get submarine warfare finally right.

So, to illustrate that, we’ve intentionally given her a personality that’s snappy. Her introduction, unlike the other shipgirls, literally just spits out one word answers. She’s not particularly interested in socializing (in that particular situation). In the same way that the crew went to HQ and demanded a better commander, she wanted to go back to what she was doing – her games.

And how we came about picking her?

Here’s what my co-conspirator, K9, has to say about it.

Batfish was actually a submarine conceived way back when I was still reading up on the Subtwins. I remember finding a book on her in the library and finding her story interesting, but ended up shelving the idea of making her a shipgirl as her “big event” happened late war. When Sima asked for ideas on new girls to draw, I pitched Batfish, Morgane approved, and Sima got to work.

When looking at Batfish, we thought that what really makes her, her, was her stealthiness. Since she hunted other submarines, originally I wanted her to be somewhat scary – the original draft had her be the subject of a rumor that there was a ghost on base.

Of course, that idea eventually morphed into someone who simply just isn’t very socially adept. I thought it would fit better – Morgane likes to tell me that a fictional character should be “just like someone in real life”. People just aren’t naturally scary. That would go contrary to Pacific’s lore anyway.

Her gaming hobby stemmed from that. What sort of thing does an anti-social shut-in like? Video games of course!

Video games, huh. You might wonder. Well, we’ve got about 90 or so shipgirls in the Pacific universe so far. One really enjoys playing games. That’s not unusual by any stretch of means.

As for why Batfish plays games? Well, it’s as K9 said. She’s a bit lonely at times. Subgirl schedules suck. Probably half the base don’t even know she exists. Video games provide decent entertainment – you’ll find plenty of historical submariners loving simple games of skill and chance. That’s not all different from games today.

And, considering the level of technology inherent in something like Avalon base? Yes. Batfish is probably playing some really good stuff compared to our historical timepoint.

Now, it’s important to remember that like actual introverts, Batfish likes being alone. That doesn’t mean she likes being lonely 😉

It’s important to note that despite her hobby, she’s by no means isolated. She mentions Yuubari (guess which shipgirl’s the ACTUAL shut-in?) modifying game save states. You can probably guess that Cusk is a favorite buddy as well (though Cusk’s esoteric build-orders and skilling probably annoys the more results-oriented Batfish than anything else).

Then, you see, the network basically expands. Tautog can probably be roped into some entertaining situations since she’s intensely curious about a lot of things (she’s probably not good at action games, just a hint). You can probably lure Trout in with some sort of high-maintenance high-micromanagement thing, and if Trout comes along Tambor’s going to be there too.

Then she’s got her natural buddy, Sal, who share the same sort of reserved deposition. But if Sal’s here, then Sculpin’ll come too. Pretty soon you’ve got a literal party of subgirls, and that’s just the subgirls alone.

In the future, as we work on site upgrades, I’d like to build this relationship net. Let me get the proper software set-up first, and let’s see what happens.

Thanks for reading. Here’s a prototype Batfish. 🙂 She’s came a long way since. 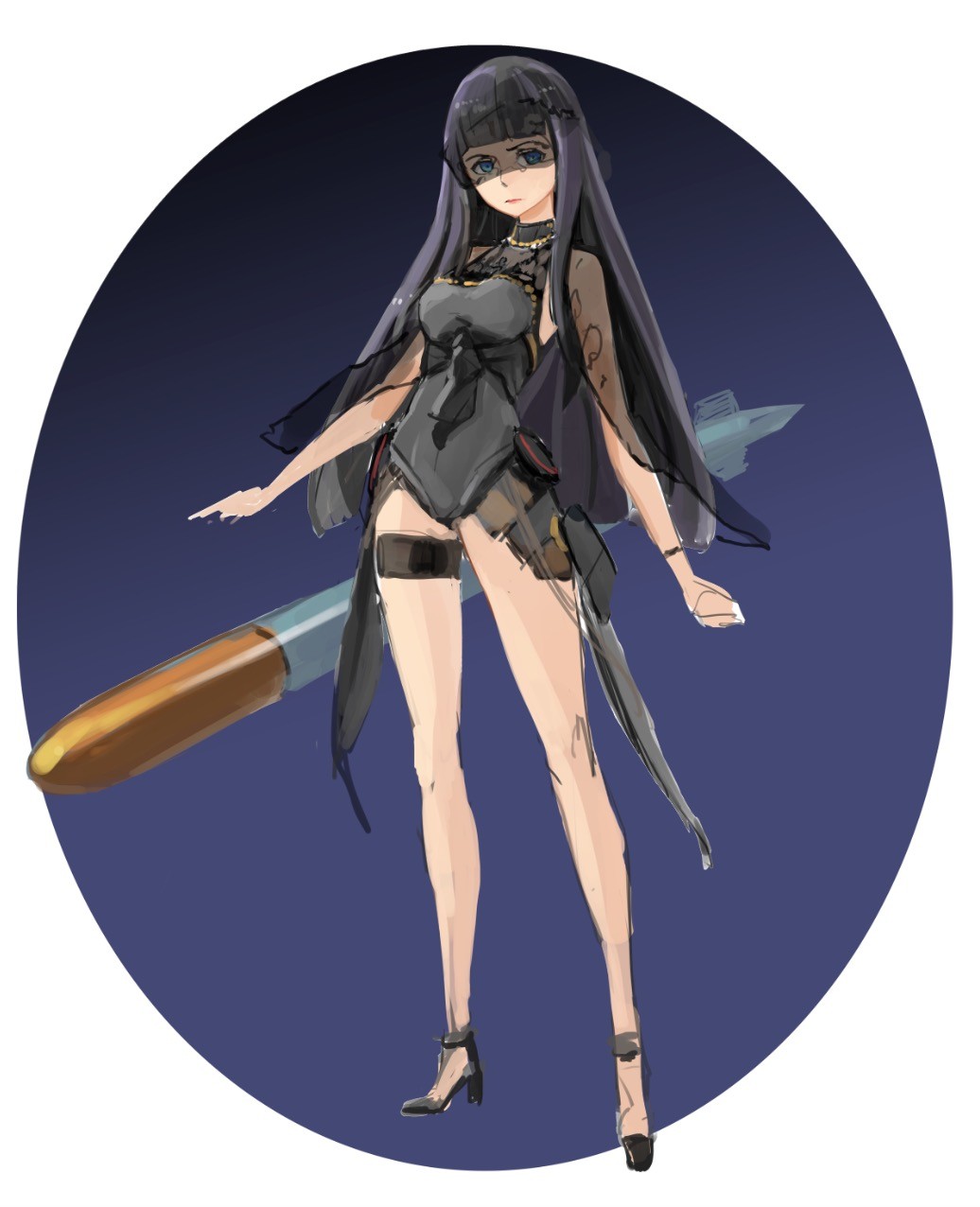