What’s that strange-looking thing that Cusk is holding in her hand?

Oh. It’s how she controls those Loon missiles. Design below. 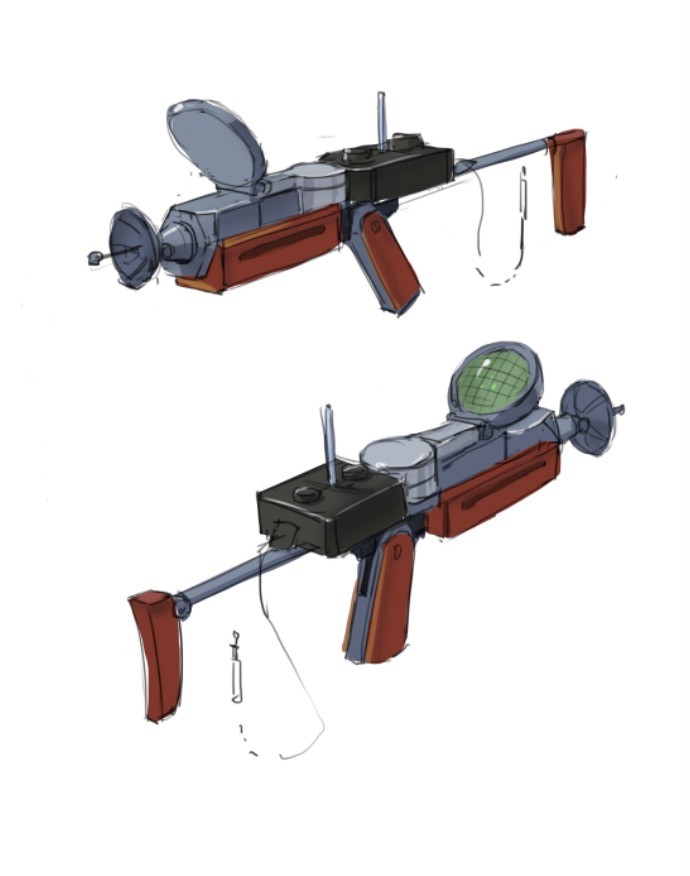 This is something of a mash-up between actual controllers and of course, shipgirl equipment.

Cusk programs in a location.

The “thingie” (as Dolphin calls it) calculates a trajectory and a path and adjusts the fairy-variant Loon automatically (so Cusk doesn’t have to physically touch the thing to adjust it – think of it like a remote control). Asks Cusk for permission to launch.

The missile guides itself towards the target.

In other words, this particular shipgirl weapon (the Loon, not the radar-gun – though knowing Cusk it’s probably an actual raygun ala pulp novels by the time she’s actually done with it) is extraordinarily more powerful compared to the real thing. It’s a ‘fairy’ weapon, after all, and its accuracy is more similar to the missiles we use today than the actual V-1 of yesterday.

You might ask then, well, is it really a V-1 then?

That’s a bit of a philosophical question, right? If a shipgirl is capable of telling her airgroups and relay information to them in real-time, which WW2 planes obviously could not accomplish with the same degree of ability, isn’t that the same question?

The answer to that is that it is both yes and no. Yes, because the shape, the internal construction, and the “identity” of each weapon is clearly identifiable as a World War II counterpart. No, because, well, for one thing, WW2 weapons don’t have literal super-powered tiny dudes running around and operating it.

(At least, not to my knowledge, anyways. 😉

Or, to put it another way. Take an anime like, say, Girls Und Panzer. The tanks in there are basically operating off of anime physics. No way a normal Hetzer can stand the weight of a Maus, but it did.And I doubt you could do the sort of flip-attack in the movie either. But they’re still clearly identifiable as their real-life counterparts.