Tautog here. Today I get to take a question, so, yay!

Okay, just what rank is Mike anyways? He’s an O5? Is he even a proper admiral? Avalon is like a carrier basically right? Aren’t commanders of aircraft carriers actual admirals?

Yeah you know what? We do have a vice admiral on Avalon. 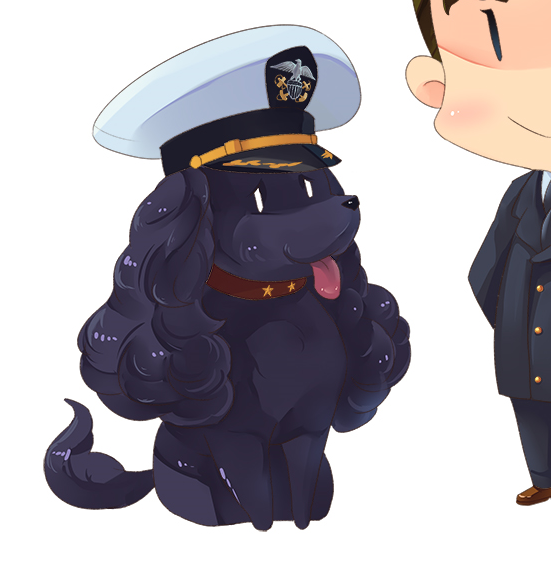 For the record, mister, an O5 is not that low on the pecking order. Neither is an O6. Commanders (O5) command things like modern destroyers or submarines, which are pretty complicated. O6s get to command entire fleets of ships or something large, like a cruiser. Avalon itself is also a bit more than an aircraft carrier, so that wouldn’t be quite appropriate there.

The thing is, Avalon’s own defenses are decidedly unorthodox. Shipgirl “squadrons” are a different type of command altogether than say, a fleet of destroyers. The land-based (fairy) aerial squadrons are controlled directly by shipgirls like Langley. It’s why Mike’s got guys like Leon or Viktor working under him – special operations and technological warfare aside, Avalon is very much a “modern” or even “future” type of “warship.” I’d say that if it ever went to mass production, we’d be looking at basically a crew of maybe a few hundred – so something an O5 would be suitable for.

That being said, “Commander” is something like an honorific in the U.S. navy. In navy lingo, “commander” literally means “commanding multiple units.” STEC’s actual organization is fairly similar to some other US special forces, meaning that Mike is actually a Captain (O6) in command of multiple “group”-level forces. The rank given is not surprisingly considering STEC’s front as an R&D organization, but in actuality STEC is closer in size to DEVGRU than say, the NSWC.

A reminder, too, that Rear Admiral is about the highest permanent rank during peacetime. So it’s actually not easy at all to make flag!