Gah, I’ve just had it with this week. Book releases shenanigans and logistics and computer crash and loss of data gaaaaaaaaah!! It’s supposed to be a holiday! But nobody ended up getting a break. 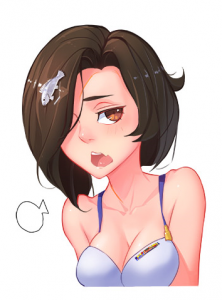 Narwhal? Didn’t peg you as much of a gamer.

Oh, It’s just a little game K9 thought I should try. He said I’d be a natural. Zero agreed. So I gave it a shot.

Okay. Just. How the heck does all of you have time to play video games? Also! HOW would you even know about video games?! This is the frigging nineteen NIGHTIES! STEC JUST figured out the internet! If this isn’t unrealistic I –

You missed the part where we literally have a wish-granting rock that, among other things, have shown to distort the time-space continuum, offer glimpses into alternative dimensions, and generates unlimited amounts of energy in the basement of Avalon, right?

I, that’s NOT the point! *splutters*

Look here. Do y’all want to be Trout?

Then relax. Kick back. Have some fun. Stop stressing out about the website. You do realize Silent Service is allowed to be fun right? We’ve got proper lore and then fun stuff like this.

Aw stop it. Stop being sad. You know everyone’s working plenty hard and having plenty of fun doing this. Here. Want to try?

It’s not gonna bite ya, y’know…

… Fine. I can probably use it to do a subcorner on modern submarines anyways. How accurate do you think this game is?

Hm, well, you’ll have to dig into the details. I’m not too big on the tech stuff, sorry.

Hmm, well. This looks pretty good. Yeah. Definitely could work for a subcorner with modern submarines…

So… what do you think is the biggest difference between world war II subs and the subs of today?

Well, I’d say that there’s a much larger focus on your sonar systems. Very rarely do I find myself poking up to check the periscope. I can detect, identify, range, and engage a target all underwater. No need for checking the periscope and taking measurements anymore.

So would you say it’s easier?

Not really. It’s different. You’re punished much harder for getting detected in the first place. Torpedoes now actually chase you instead of going in a straight line. Sonar systems are much more potent. Ships carrying helicopters means that torpedoes can be dropped right on top of you. I’d say if you’re found you’re way more likely to end up dead than otherwise.

Of course, all the submarine basics are still there – as long as you stay undetected, be aggressive, and know your limits, you will be successful. If anything I think it really distills the basics quite well.

Well, I’m proud of her. She’s everything a submariner could ever want. Powerful, versatile, and above all else – quiet. Makes me hopeful. *wink* 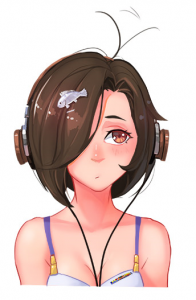 A lot of the team’s energy is currently on logistics and on navy foods at the moment. Zero has suffered a significant hard-drive failure. We’re working on rescuing our materials at the moment. Sorry if I sound terse. I’m a little worried. I think everything’s alright, but we’ll see.

I just feel really bad for Zero who has to scramble extra hard to get everything up and running again. In either case, here’s a revised schedule of release.

Cold Waters is a fun game though. Go give it a shot if you like subsims!