“Having just returned from visiting the Lexington museum in Corpus Christi, which also has small sections about both CA-30 and CL-81 Houstons and miniature of CV-8 Hornet, I had a question regarding ships in WWII that share names. Are you planning on doing anything to differentiate them in name, or will they just have the same name in the same way that John or Mary are common names?”

You guys have seen this one, but it’s worthwhile to post it again to illustrate my point. This is really a matter of identity. 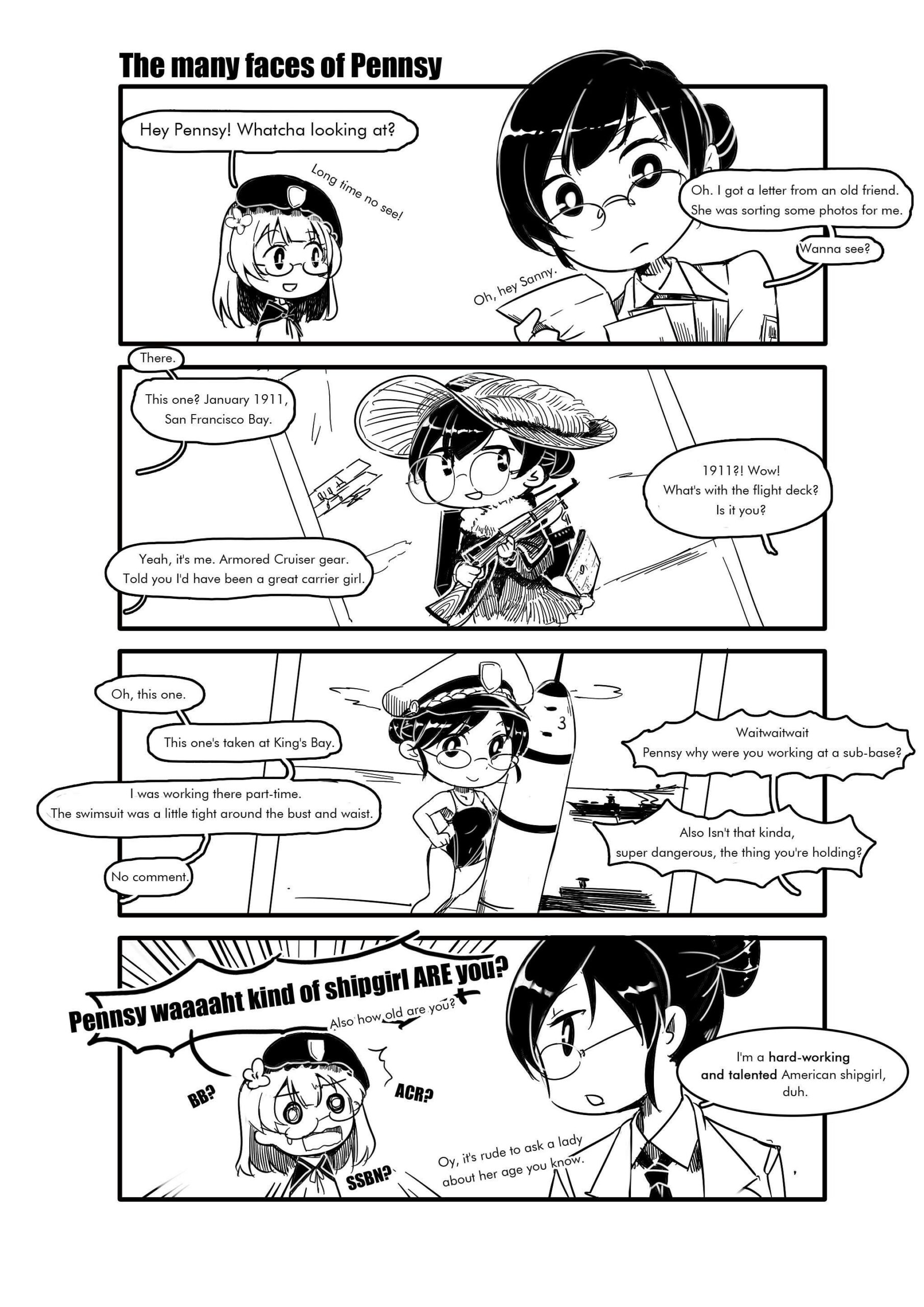 Here, Pennsy is obviously trolling Sanny. Those are (probably) cosplay pictures, but the general point is pretty clear. Even if all those are different “Pennsy’s” (which they aren’t), Pennsy is a Pennsy is Pennsy. Putting on a funny hat doesn’t make Pennsy not a Pennsy, and putting on a swimsuit doesn’t make a Pennsy more Pennsy.

Taiwan went well. Probably the Chinese ones next. Zero’ll be coming to the US for AnimeBoston. I’ll probably put up an announcement soon regarding that.

“What happens when a shipgirl goes on a mission?”

This is sort of an unusual question, but I’m going to guess at what you’re actually asking.

On the mission itself, the shipgirl does whatever the mission objective may be. Generally, on your standard counter-Abyssal run, you’re looking at a very simple thing of eliminating the Abyssal in question.

The shipgirl is generally kept in touch with Avalon through a number of ways. Satellite image, two-way communications, and the like. I mean, the shipgirls themselves aren’t dumb. This isn’t like Pokemon where Mike has to tell them to fire on the enemy or run away or whatnots. He might have to remind a few girls to back off or to fight at optimal range, but that’s a comparatively rarer event.

Though, of course, STEC does watch the shipgirl’s performances. There’s plenty to be learned from each shipgirl’s way of fighting, and plenty of ways to improve after. In addition, a chance to observe the Abyssal fleet in action is always a good one, since the more you know and understand what the enemy’s capable of, the better you are at beating them.