Commander. Since two months ago, MERLIN has steadily detected low-level activity occurring during regular intervals. These bursts of Abyssal signals occur at highly irregular intervals, but always seem to accompany the deployment of abyssal beacons. Over time, we have learned to correlate these activities with our beacon-hunting activities.

Recently, however, we have noticed that certain segments of “data” (if it can be called that) have been highly repetitive. That is to say, we’ve noticed that the signals are exact matches to signals that we have captured during prior sessions. Naturally this arose our collective curiosity, as it wasn’t long before we figured that the repetition must have something to with the destruction of the beacons in question.

We’ve always known that the beacons seem to be integral in the deployment of Abyssal forces. We knew from prior experience, including recollection from our shipgirls, that the beacons allow for the Abyssals to bring in stronger and more capable units into the war. We also knew that the Abyssals are capable of subverting the resources of the planet towards the creation of its units – the initial stages of any major incursion necessitates the creation of one or more Abyssal “fortresses,” where the Abyssal Fleet uses as a combination of headquarter and eventually, a local manufacturing base.

We now believe that the beacons also serve as some sort of logistical repository. It is my opinion that the Abyssals deploy roughly half its beacons as decoys or decoy-equivalents. These serve the ordinary function of calling in the Abyssal fleet and nothing else. The remainder with the aforementioned similarities in composition are structures of a logistical nature, where we believe the Abyssals are intentionally trying to deploy and to ensure that they remain deployed on the planet for purposes unknown.

In a recent incident, however, a beacon was deployed anomalously. Rather than its ordinary form of deployment of being hidden somewhere in the deep sea, it literally crash-landed in the Mississippi delta. The malfunctioning Abyssal object was quickly terminated, but we were able to record and observe the data that it carried, and it matched signatures that we had observed previously.

We are currently working to decipher, to the extent which we are capable of, the implications and the contents of the data carried. I’ve got a feeling that this could be something big, commander. Here’s hoping that we succeed. 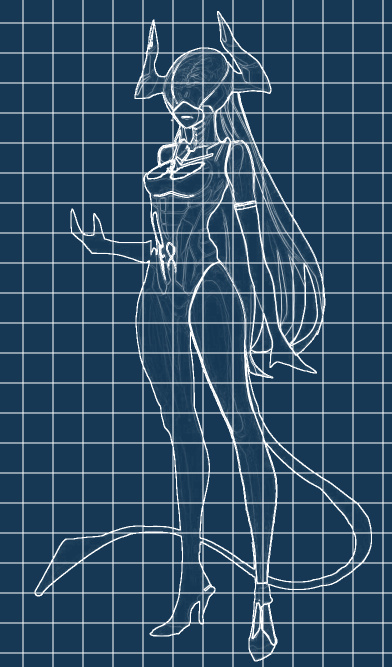