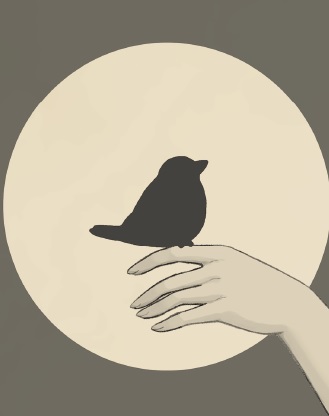 Scuttlebutt, noun. A cask on shipboard to contain fresh water for a day’s use; a drinking fountain on a ship or at a naval or marine installation.

During the Abyssal War, a prime objective of STEC was to bolster and maintain public morale and confidence.

In perhaps one of STEC’s less optimal attempts to achieve such task, excerpts from an unpublished document, entitled “A little bird once told me,” [Internal STEC project codename: Scuttlebutt] contained entertaining personal tidbits about the various shipgirls at STEC, submitted by the girls themselves. A question and answer section would be enclosed in each issue, with the answers revealed in the next. The intent was to first allow the general public to get to know the girls better, and secondly, to hopefully encourage greater interest in historical trivia – particularly as many of these habits or oddities are shared or inspired by the real life warship or concept in which these girls embody.

While possibly humorous, the attempt was ultimately viewed as non-constructive towards the Abyssal War. “Scuttlebutt” was ultimately scrapped on the grounds that no one quite knew what, if any purpose, this sort of information served (even if the girls found it mostly entertaining). Additionally, the prospect of the mail-in portion was deemed to be an inappropriate use of critical wartime resources.

Nonetheless, for modern readers interested in understanding the lives of the shipgirls of STEC better – particularly during those times, we elected to display here excerpts from the collection.

Due to the challenges of deciphering commentary and handwriting, anonymous comments on specific shipgirls will be italicized in the document below.

It goes without saying that many of the tasks ought not be attempted by anyone other than the shipgirls themselves.

A little bird once told me that …

(For the nearest STEC media and public outreach branch office, please refer to the back of booklet.)

Iowa can tell corn apart with just a taste. Down to the state of origin.

Mo will rotate the flowers manifested in her outfit in a seasonal manner. Technically it’s color coordinated too, but don’t you think even dandelions deserve their time of day?

Indiana has an offshore account for antique auctions. You’re making this sound illegal. It’s not. I just need an actual continental address to get my militia shipped to, ok?

Washington makes her own plaid.

Caroline’s alter ego is one of the most successful throughbred horseracing    Stop! You’re gonna give me away at this rate!!

Weavy dives for a hobby.

Mary do not wear pants. Editor, can you please change the phrasing back to how it was as I submitted it? I said “I don’t wear pants because I have none in my wardrobe!”

Tennsy is a better pianist than she is at the guitar.

Linguistic testing reveals that Cal is, actually, not, like, a SoCal girl (she’s at best 44%).

Ari likes to get up early.

Pennsy doesn’t vote (indecipherable scribbling) Isn’t this technically illegal, if not at the very least against the spirit of the closed ballot system we have here in the United States? Besides, first of all, that’s NOT TRUE. I do vote mostly straight ticket and have historically supported only those candidates I deem to be appropriate for the office. I’ll have you know that I’m not one of those “I guess I’ll compromise if it means my party wins,” because there’s no party when it comes to America! James Madison once said – [1/12; see attached]

[Next to the word “said” there appears to be two small holes of a sort made by a staple puncture.]

Okie is quite exacting about the dimensions of her cape.

New York actually doesn’t need fairy translators, since she speaks so many languages.

Wasp likes to see new places, but is less fond of the physical act of moving about. Strange paradox, huh? I do like seeing new places, though. Helps to remind me of how big and wonderful the world is.

Prisse likes to add ginger to her ice cream.

Hornet will always attempt to find food before a mission, but only a small, small, small, portion. Gotta get properly energized, right!

Lexy has enough firearms to arm her approximately 2/3rd of STEC. Editor, fix this please. I said I have enough guns to arm all of STEC and then some, I didn’t say I have enough ammo.

Sara can always be counted on to volunteer for some event or another!

Langley will sometimes use premade stock or even -gasp- bullion cubes!

THE MYSTERIOUS CV AND HER SWASHBUCKLERS SHALL TERRORIZE THE RESIDENTIAL QUARTERS EVERY WEEKEND Whaddaya mean this isn’t a secret? It’s so a secret. If it’s not a secret why does Jer leave her office unlocked with the sweets jar displayed in a prominent spot? Would YOU leave treasure lying around if you know yours truly is on the prowl?

Turn the page for more!