As you know, my creator’s one of those medical doctors, so with what’s been going about your planet these days, she’s been pretty busy. Things are dialing back down in America, though, so hopefully we’ll be able to go back to normal soon.

Normal, in this case, meaning me, having to uh, you know, learn how do website thingies!

Today we’ll be talking about some basic research stuff. Y’know, the Basics of Source Analysis: AKA, What the hell does “historical research” even look like?

Since I’ve recently had a lot of downtime to dig through the archives again, I thought this would be a fun update for the site. While STEC does have plenty of science bigwigs (we’re officially a navy R&D group, remember?), we also pride ourselves in our attention to history as well. Although plenty of what we do is unprecedented, a good knowledge of history helps a ton, especially when dealing with World War II era-based equipment. Plus, it’s a lot of fun, and something we can easily do thanks to Jer’s surprisingly good curatorial skills.

So, in a sort of weird you-grow-into-the-role, a big component of now what we do is related to archiving, advocating, and documenting history. Admittedly I think we’ve got plans to put it all together into a museum at some point after the war, so…

So you wanna do some historical research?

First thing you need is a question. This could be anything really, from as basic as “what happened during the battle of midway?” or “how was competitive baseball affected by World War II?”, to something more precise like “How did the works of Alfred Thayer Mahan affect the thinking of Japanese Admiral Isoroku Yamamoto?”

Any historical question would do. Doesn’t even have to be about the US Navy! (Though, duh, I *personally* think the US Navy’s history is the most interesting, especially if you’re a hardware or software kind of gal, if you know what a mean.)

“But Tautog”, I hear you say, “what if I don’t want to read boring old books?” 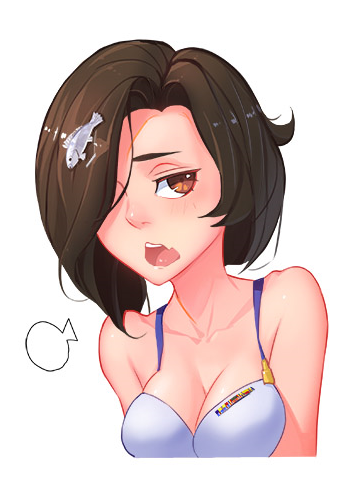 Anyways. You were supposed to ask, “What if I’m not satisfied with the answer?” Or something like, “Waitaminute. These books say completely different things!”

Ah ha. Here’s where the fun truly begins. We’re going to talk about sources. There are two types of sources: Primary, and Secondary. (There’s technically tertiary sources too, but for all intents and purposes they’re in the “secondary” category.)

Secondary sources are sources that were written on a later date about the event, usually through compiling primary sources and analyzing them. The vast majority of history books would fall under this category. Encyclopedias, textbooks, Ph.D theses, are all usually secondary sources.

Of course, what counts as primary and secondary sources differ depending on what question you’re asking. If you’re doing a deep dive on a particular person’s thought, then that Ph.D thesis they wrote would be a “primary” source. Sometimes (particularly when it comes to ancient history), the only written records we have are secondary sources. Sima Qian’s Records of the Grand Historian, for instance, would be a primary source for Zhou Dynasty China despite being written hundreds of years later. Something like say, a book from the New Testament would be a primary source if your goal is say, to examine if Saint Paul was a real person or not, even if nobody knows for sure when it was written.

(Luckily, the kind of work here at STEC very rarely dips into ancient history, so we don’t have to worry about this, but you might!)

Not quite. Please don’t throw away all of your history books.

Secondary sources are invaluable because they analyze different primary sources and showcase previous scholarship on the subject. The downside to primary sources is that on their own, they can – and often are unreliable. Because they are written during the time-period, they only capture one specific perspective on that event.

For instance, remember the old adage, “history is written by the victors”? Not so. A lot of what we know about the Vikings comes from monks who wrote about being sacked by the Vikings – while the Vikings “won”, it was the victims who ended up writing about them, making them seem much more barbaric and warlike than they actually were.

Similarly, the official US histories of the Eastern Front of World War II all came from German records, making the Soviets seem much more incompetent than they actually were while making excuses for poor German performance.

Or, you wanna know my favorite thing to pick on? How about all those GLORIOUS IMPERIAL JAPANESE pilot accounts, where they shot down in one day more aircraft in the totality of the USN inventory?

Oral histories are also troublesome as the human mind often forgets things. What did you have for lunch three weeks ago? What about three years ago? Hard to say huh? I know I can barely remember what I had for breakfast this morning, and that wasn’t even a day ago! While you can expect a certain level of accuracy, you can never expect 100% accuracy with oral histories. A good example would be, say, for instance, the recollections during the Pearl Harbor attack. Don’t get me wrong, the accounts from sailors are invaluable, but if you’re under a surprise attack like that, you may not know – or be in a position to really know – say, the three explosions you felt were really torpedo and not bombs. Or, you might not have realized say, a certain ship was already sunk and so to you, based on your perception given your location and situation, this is the sequence of events.

But what if you want to get even more serious? What if you want not just to be able to answer questions, but to expand the sphere of human knowledge? That’s pretty much what historical academic research is. You pose a question like before, but this time you probably need to go pretty specific, as most “basic” questions are pretty well understood. Say, how about something like, “What made the Mark 14 Torpedo arguably the worst torpedo at the start of the war, while a country like Japan could create the Type 93 Oxygen Torpedo that was arguably the best?”

To answer this question, we do the same basic process as we would any other question. First we go read whatever secondary sources are available. I like to think of things like this. In order, 1. Who wrote it? 2. What are they arguing? 3. How are they arguing and what sources are they using?

Once I get all that, I feel like we then get a very good picture of what has already been written about the topic, and what the current zeitgeist says about this particular question. You can’t expand the limitations of human knowledge without knowing what the limitations are, after all!

You then sign up for a two year long Japanese language course, learn Japanese, fly over to Japan, spend two more years reading all you can about the other torpedo and do all over, and before you know it, you’ve – congratulations! You are now an expert in the subject!

Now it’s your time to share what you’ve learned. Get to writing! Start an argument based on what you now know from your readings. Maybe what you saw was a distinct lack of funding on the US side and the Japanese had more. Maybe you noticed that Japanese military planning put a greater emphasis on the torpedo than the US did. Or maybe you believe what Haku says and Japan’s scientists are “sekai-ichi” and that Japan just had an inherently superior development cycle and you know, superior nihonese torpedo, folded over a thousand times, whatever.

Go argue that point in your writing, then see what you get. Generally, people send it off to an academic publication. You do this so other people – preferably, people who also care and know as much about this as you would – can spot-check your work and give you feedback. Maybe your idea is fundamentally flawed and you missed something. Maybe GERMAN torpedoes are secretly powered by space lizard illuminati technology and they’re the best ones and proves your point wrong (by the way that is totally not true. If you do get someone like this please go learn German and prove him wrong thanks), so on. Whatever it may be, now it’s up to you to argue your point. Maybe you go, huh, they got a point, here, I’ll correct that. Or maybe you get angry. Whatever it may be, that’s essentially – in a very simple way – what research looks like.

…So, yeah. I think, you gotta be really into the subject to want to do this.

Hey, if you get bored of what you’re looking into, you could, you know, always come read about submarines! Teeheh.