Alright. I got a question a couple of months back that I think is worth discussing. Not to mention, you know, I figure I’d write something on everyone’s favorite subject matter.

Do subgirls even need to use periscopes when y’know, they can just pop outta the water?

The answer to this is that no, but they’re nice to have. Let’s take a look at the historical stuff first and I think you’ll quickly get what we’re going for here. 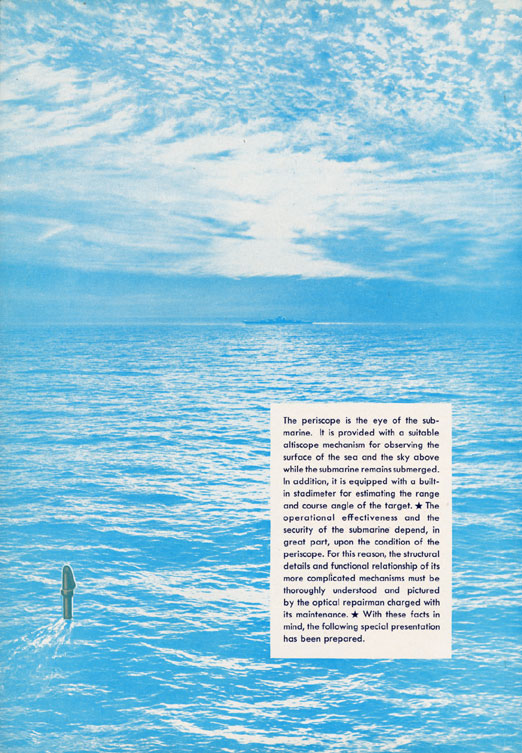 A periscope is basically a tube with lenses in which submariners look out of. Periscopes are great because you can take a look at what’s going on above the waters without physically moving your entire submarine up. The downside is that it creates visual evidence which makes it more likely for you to be spotted by the submarine hunters.

Regardless, the image of the submarine officer at the periscope scanning for targets is one of those “iconic” submarine things that makes a pretty easy and vivid impression on anyone who’s interested in submarines. This is because for the vast majority of the time during WW2, going to periscope depth was the only way for you to spot the target and reach a targeting solution. For this reason alone, this was probably one of the most important pieces of equipment on your submarine, but the US ones are generally pretty excellent across the board – as you know, there were way more issues with the torpedoes than the periscopes.

Some quick nomenclature stuff: the “No. 1” periscope is the scope that is closest to the bow. What comes after (aft) of it is the “No. 2” and “No. 3.” In America we don’t really make submarines with more periscopes, so there’s that. 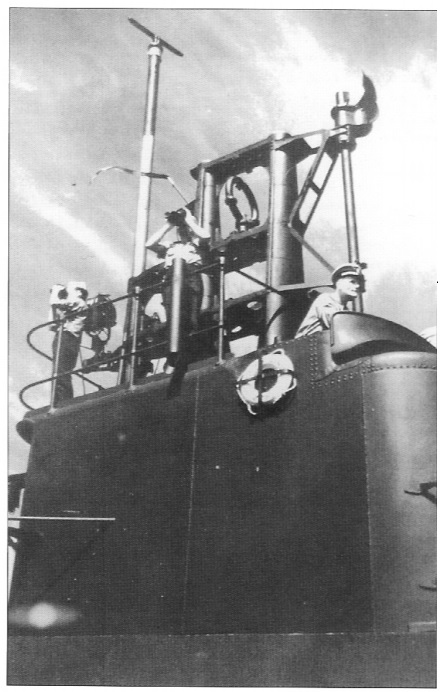 Since we’re mostly talking about WW2 stuff, US submarines generally have one of the following periscopes installed.

Types I and II are the standard “baseline” periscope to which other scopes are compared to. Both of them have the same head width (1.414 inches), but the Type I, being an older design, could only elevate about half as well as the Type II, which could be elevated such that your field of view was about 90 degrees or so relative to the horizon.

The Type III was very similar to the first two, but it had a larger head (closer to 2 inches). This was installed specifically for night-time periscope action.

The Type IV, which is scheduled to phase out the Type III, was even larger (closer to 4 inches) and also had space to house an antenna for ST radar.

The actual maintenance and repair of the periscope is an important job with a manual that’s a few hundred pages long. (It’s where I got the first image from – you can see it here)

This is a half sub corner because I think for the vast majority of people, how to operate a periscope is not the most exciting of things. I thought about whether or not to explain the optics and what goes into it, and went, you know, let’s get back to subgirls instead.

So, I think it bears mentioning again as we come back to the original question. Shipgirls aren’t ships. After all, if you think about it, it would be kind of silly if say, a shipgirl has to use her periscope to search for stuff above water when she has her own Mk. 0 eyeballs to do the job, right? 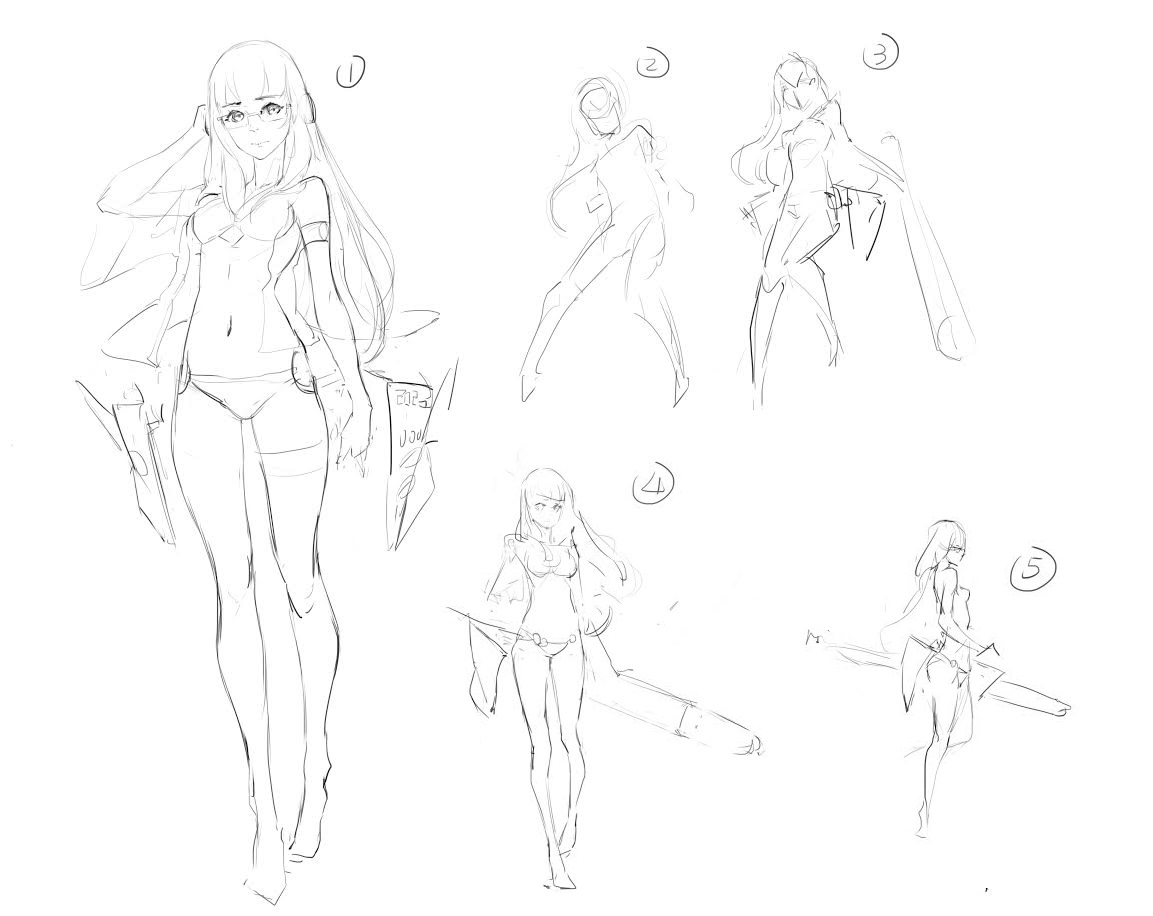 You can see, for instance, we ultimately settled on the posture as you see above for Trout. I’m posting a sketch of her as an example, since many of our subgirls aren’t carrying the “conning tower” attachment in their “main” art. 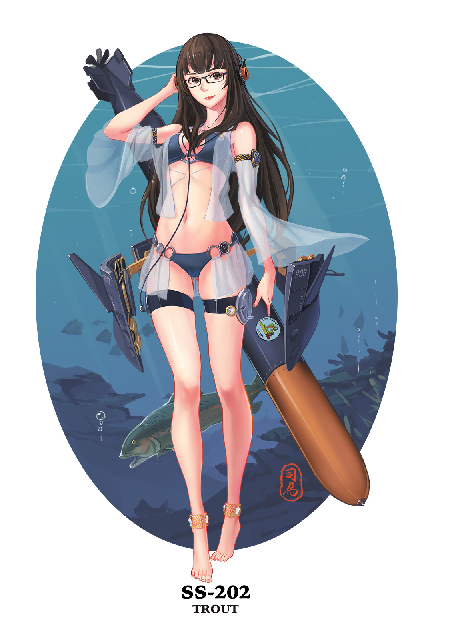 In her case, her rangefinding and other equipment are all tucked into the two “submarine-halves” of her equipment. They’ll do the job fine, but obviously wouldn’t be as precise as if you have specialized equipment. 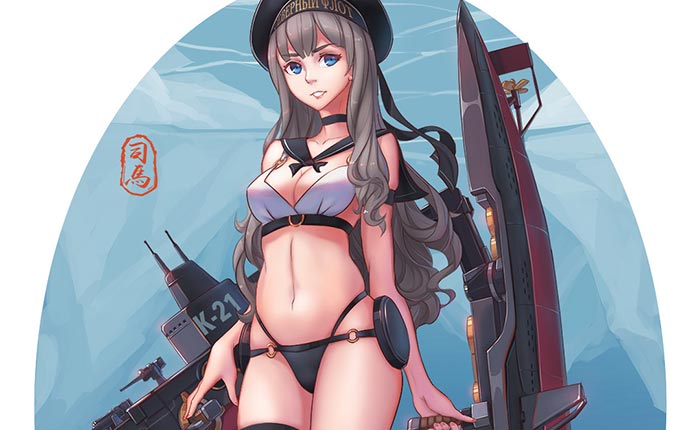 In other cases, if you look at Katya, she brings the full set. How this works would be that Katya would either direct her fairies to look through both sets, or she’ll use one herself (remember that shipgirl equipment does transform into actual, human-sized equipment if need be) and have her fairies look through the others.

In general, I would describe STEC’s own battle doctrine involving subgirl equipment to be fairly “light.” Given how STEC is generally pretty cautious when it comes to engagement, it is generally to STEC’s preference to have a particular subgirl return to base and obtain the tool best for the task rather than to have her sortie with a lot more excessive gear which she may or not need.

I think it’s important to remember that while shipgirls are inspired by their WW2 counterparts, but that is really the “baseline” in terms of technological development. Thus, typically, given that shipgirls have excellent eyesight, shipgirl periscopes are typically a bit more “enhanced” than their historical counterparts. Gotta give a reason to bring it along, right?

Or, in other words. Think modern-day submarine optromics. For instance, can we add an infrared channel to a subgirl’s periscope? The ocean isn’t exactly a warm place, and Abyssals can give off a lot of heat. This would be useful, but then we’d need to consider whether it’d be easy to use or whether it would interfere with other functions.

Then, after we get the new function added, we need to figure out a way to standardize it so everyone can have access to it. This is the harder thing to do, particularly because shipgirl equipment (as you know) tend to vary heavily. We’ve talked about this before and you’ll see a lot of this in action over the years.

Hmm, that’s all for now, so I’ll see you next time!