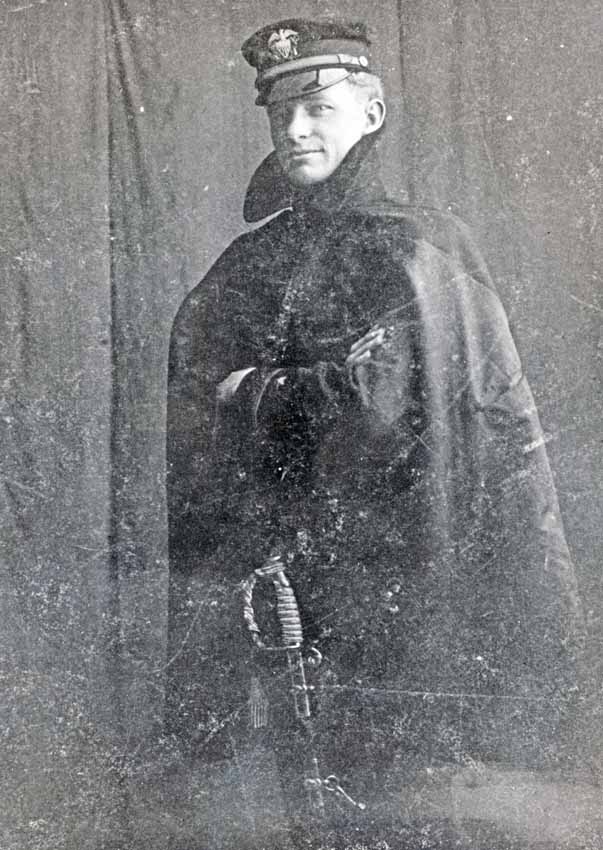 We all knew the importance of the aircraft carrier on the Pacific War at large, and there are many individuals that you can credit to its elevation. I, however, think (at least on the US side), the handsome devil I posted up there should get the bulk of the credit.

Billy Mitchell’s dramatic demonstrations aside, what Chester Nimitz recognized very early on was that the battleship was highly vulnerable to air attack, and that a better way of navigating fleet units would be necessary. This would eventually become what we call the “circular formation,” or basically, the typical sort of naval formations with capital ships in the center, and concentric rings of lighter units around.

In his own memoirs, Nimitz credits the idea to his classmate in the Naval War College, Commander MacFall. Back then, ships were arranged in battle something like this, along the lines of Jutland. 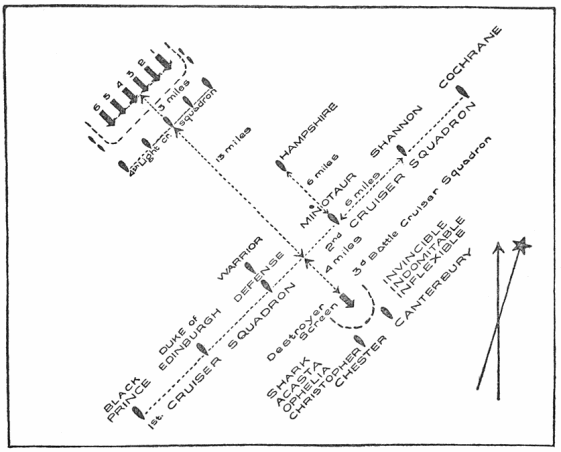 You can see this is a bit unwieldy, but what MacFall figured was that if you put your cruisers and destroyers in a circle around the capital ships, this would form something like a loose series of rings. The advantages would not only be to concentrate antiaircraft fire, but at a single order, the entire fleet can turn together, making it much easier to get into proper position.

The downside, of course, was that it’s hard to stay on station. If the fleet isn’t coordinated well, ships could fall away. In any case, Nimitz was very impressed by the potential, and thought it would be a good idea to try it out somewhere. First, however, he had to prove that this would work. Before long, he was sent to the USS California in 1923. He acted as the tactical officer to Admiral Robison.

My greatest problem was to convince the senior captains in the fleet that this was a proper cruising formation. I even had to persuade my own admiral to agree with me after he had had conferences with the captains, who did not like that cruising all alone out there by themselves on a point in the formation.

Robison was pretty willing to try out the formation. A trial run using the California in the center ringed by battleships and lighter ships on the outer rings was pretty successful.

Nimitz thought, well, this works pretty well. He soon got a chance to test this out in another trial. The Navy was a part of a particular problem, where the simulation was to land marines onto the Panama Canal. At the time, the USN had one carrier – Langley – on hand. If you read Pacific and notice her character profile’s historical notes, this is part of what she contributed to.

Before Nimitz came along, the carrier basically had to sortie out on her own. You may have came across in other works allusions to carriers being used as scouts. This is exactly it. Back then, the formations were all like those boxes up there, and a carrier had to be detached from the main fleet with very few escort units to perform her duties.

Nimitz saw this and thought this was no good. He asked instead to have the carrier along for the next maneuvers. Nimitz’s idea was that the carrier should be at the center of the circular formation, and that’s where he placed the Langley. This would be the first time anyone’s tried to create a carrier-centric force and applied to real exercises – which is as close as you get without having, well, actual war.

What Admiral Robison found – much to his pleasure – was that not only did the entire battle fleet had the protection of Langley’s air planes, but the entire fleet in turn could protect the Langley from submarines or other aircraft, too. Robison was so impressed, in fact, that he wrote to the Navy Department to rush out the Lexington and Saratoga.

Nimitz himself had this to say about this particular exercise, nearly forty years later.

I regard the tactical exercises that we had at that time as laying the groundwork for the cruising formations that we used in World War II in the carrier air groups and practical every kind of task force that went out.

Of course, due to the peaceful times of the interwar period, nobody really paid it much attention. Nimitz himself was assigned to shore duty a year later, and the circular formation and the carrier-based fleet didn’t get any thought until nearly a decade later, where Forrest Sherman brought it up as a concept for carrier-centered task forces.

Still, you can see that if you read between the lines and pay attention to history, it’s very easy to notice these things. This is part of the reason why I find it so interesting.

Most historical inspirations will have some aspect within Pacific, and this is no exception. I naturally draw inspiration from these historical figures when I consider Mike, being our everyman-heroic-protagonist of this particular work. It’s why you’re beginning to see some of the more “tactical” innovations surface in some of the other updates. Shipgirl combat, as it turns out, is quite different from naval combat!