We pretty much do this and a lot more behind the scenes for every shipgirl we make. Here’s something we put into Action Report.

You can see there’s a range of details here, ranging from her normal expression (neutral face) to pretending to pay attention while listening to Bismarck-nee rant about ein Volk & ein Reich to drinking cokes (she likes sweet stuff xD) to well, getting her target results back.

Or, well, this. xD Bless Baicai for taking the time years ago to draw this. I still giggle whenever I see this one. 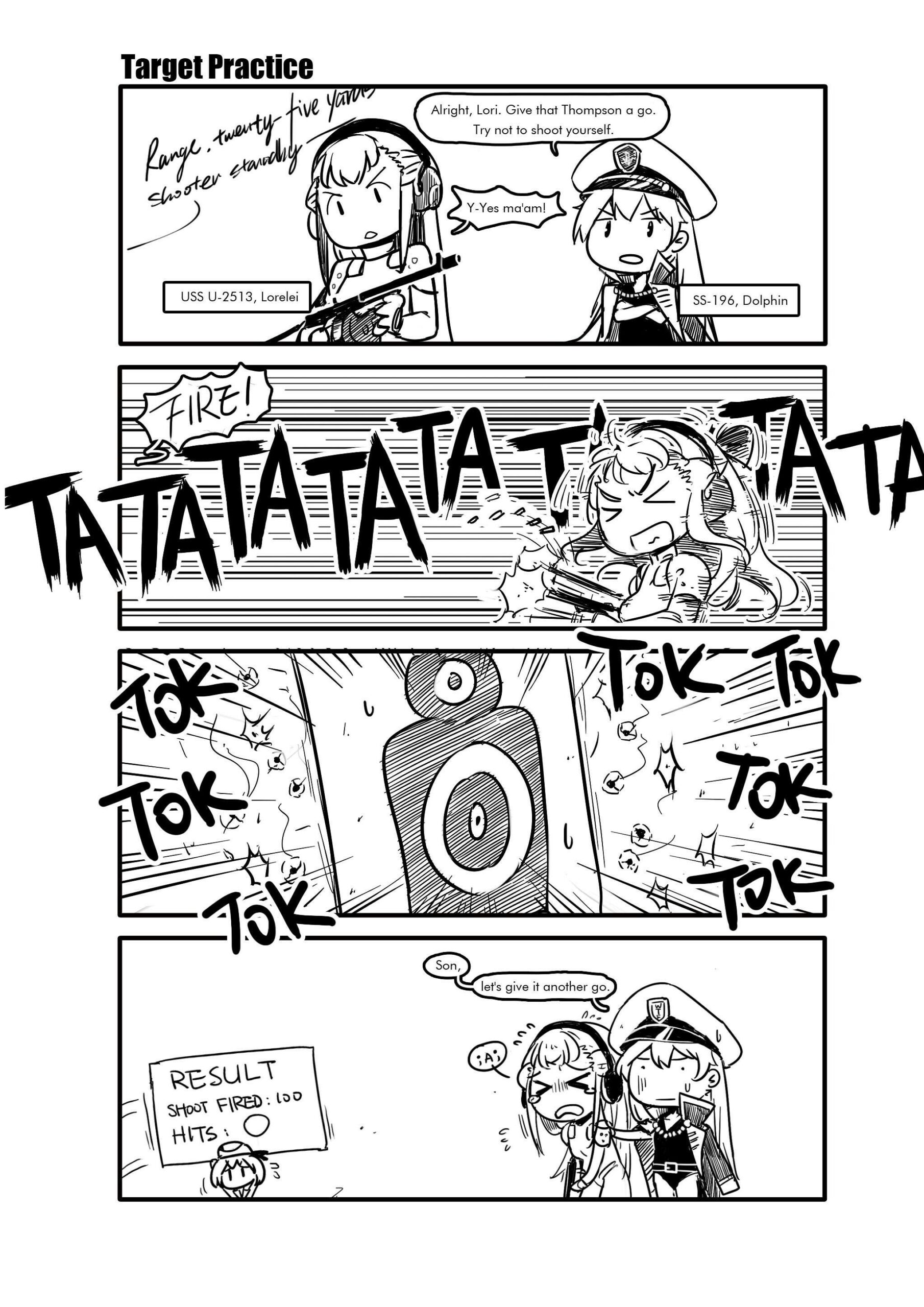 This is my preferred way of world building. Rather than dumping exposition as it is commonly seen in a lot of character books (e.g. favorite foods, likes, dislikes and so on), I find it much more enjoyable to set things up and revisit them later. The purpose, after all, is to create impressions of characters such that the Pacific world comes alive in your head.

(As for why she ditched the catsuit for Silent Service? Well, let’s just say, also in AR2, there’s an answer for that. It might have something to do with that shopping trip Maury took Tasha on… xD)

But, over the years, if you look at any of our characters, you’ll find a literal treasure trove of random interactions with one another. Just for Lori alone, for instance, this is what’s been revealed (across three languages, through multiple mediums, via private and personal interactions) so far.

So on and so forth.

A year and a half ago I mentioned about thinking about a wiki or some sort of project to document all of these and keep them in one place. I’m still thinking about how to do this, since I want something permanent but at the same time, easy to add to. Let’s just say the wiki format wasn’t very friendly at all xD