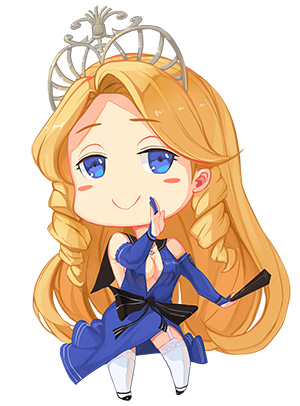 Some days it’s just not feasible for me to do daily updates. School and work gets busy, and I don’t always just want to put up a random post with a chibi or sketch. It’s one thing to post pre-written or stock writing, and it’s another thing to revise and correct – both of which you know everyone hates.

See, it even says “regular” updates and not “daily” updates.

Now, where are things? As it stands, the release order is still the same.

2016: EN first. Preorders probably soon, though (as I’ve wryly commented) logistics is always a nightmare and getting things to the states isn’t easy, period. There’s an ocean between China and the US, y’know.

A reminder that Pacific (the hon-haka team) is still literally one guy handling all of our actual logistics and printing, two artists, and a ragtag bunch of friends who write. In this day and age of triple-A production values and massive investments on everything, I’m just going to say that we’re pretty damned proud that we can hold our own in this field. It’s what we’re going to keep on trying.

Believe me, we’ve looked seriously at printing options everywhere across the continental US. At the volumes of books we create per printing run (thousands) it is still far, far, far cheaper for us to print in China and ship it over to the US. The decline of American manufacturing is no joke – why would I charge you more for a shoddier product if we already have access to excellent facilities overseas (something which most English-speaking creators don’t have access to?)

Which, not to rag on this point too much, but half these guys ship their stuff over to CHYNA anyways to print. “Made in the USA” my foot. Owned by Americans, certainly, but come on, we know the pricing of this industry. You could say we were born in it. Molded by it. 😉

(By the way, don’t get the wrong impression. We aren’t all knowing and we’re more than happy to look into additional sources for printing or further collaboration. It’s just … to put it simply, digging into the print “industry” here back home shattered my idealism. No wonder we don’t have a print media “doujin” thing over here. The …. it’s just insane. Absolutely insane.)

I mean, when we print anything it’s a sleepless night for Zero. He gets the proofs. He goes over them and makes sure the colors come out right.

Silent Service: EN first (sort of). Silent Service proper actually have a lot of very short pieces set in the Pacific universe proper. Layout is going to be a pain (as usual because anything I make is like the F-35. It quickly spirals out of control in terms of the amount of text present)

Well my lunch break’s over. See ya guys around. x)