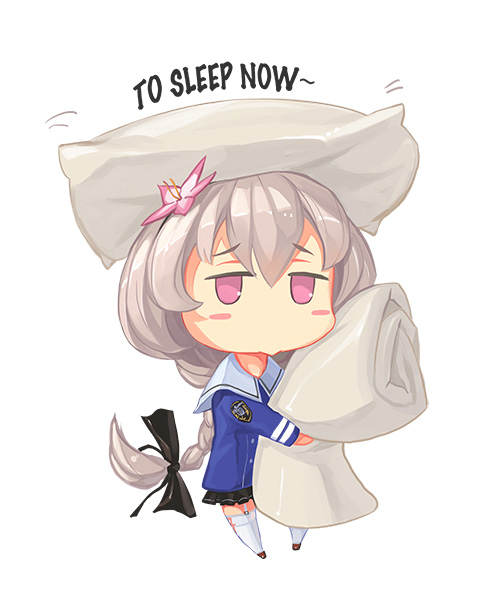 Okay. xD I think sleep edition posts are basically days where I get home late, want to put something on the site (since I got done with writing) but doesn’t feel like putting it online just yet.

“Question: Excluding STEC and other ship girl agencies for now, but in terms of build-up and capabilities of Pacific’s ‘modern’ (conventional/non-fairy tech) military (’90s and beyond), whether it’s the United States, China, the United Kingdom, Japan, *insert country name here*, how well do they fare against the Abyssal Fleet as a last line of defense? Say, if they were to defeat STEC and the other agencies, what then? The military has to fill the gap somehow to defend humanity. What are the contingency plans for a STEC defeat? Or there is none? It’s either death or survival.”

The Abyssals are optimized against conventional human armies with all kinds of nasty tricks up their sleeves. Despair is a powerful tool and they excel at it. If the initial shock and awe isn’t sufficient to cow humanity, the Abyssals can easily enter a war of attrition that no human country could realistically hope to recover from. Human production would simply not be able to keep up – even if a full salvo of tomahawk missiles could kill an Abyssal scout there will not be enough produced to matter in the long run. Every ship or aircraft lost against the Abyssals is one that is more or less lost permanently given the speed of the Abyssal incursion.

Or, simply put. How long would it take to build a new Arleigh Burke or a new F-22? Do you think the Abyssals will give you time to breath and recuperate?

Humanity has many tactical short-term options, but even WITH the shipgirls and fairies, what are their strategic options? How would you even plan a strategy to “win” against the Abyssals without knowing what works on them and what don’t?

The reason why folks like Mike are important is that at the “beginning” of Pacific’s tale, this is the first time ever (thanks to stuff we’ve revealed in OCEAN) that humanity has considered seriously a long-term response or solution to the Abyssals. STEC is trying to figure out something that’s beyond “survive for as long as possible.” Or, rather, it’s figuring out better ways to ensure humanity’s survival.

“I wouldn’t be surprised if the military has contingency plans for fighting *an* Abyssal with conventional forces – though I would bet on it being more of a delaying action than a real plan for victory. However, given that STEC is humanity’s last, best hope, I don’t think the military can afford to have their best and brightest spending time and resources planning humanity’s hopeless last stand instead of doing all they can to support that one hope.”

The Soviets and Chinese definitely have plans to fight “an” Abyssal, and the US already have plans for integrating conventional naval and air units into anti-Abyssal task forces. Japan and the UK are the odd ones out in that the segregation between function is still pretty distinctive.

However, you’re right. It’s not really STEC’s job to tell other services what to do. That’s really up to the proper parties involved.